Venues, budget, sports: What you need to know about SEA Games 2019 MANILA, Philippines – The 2019 Southeast Asian Games is yet to officially start but issues are already expected to leave a mark on the Philippines’ hosting of the regional meet.

Avoidable “blunders” prior to the official opening of SEA Games 2019 on Saturday, November 30, include rushed venues, subpar treatment of athletes and delegates, and questionable budget provisions, among others. (LOOK: SEA Games 2019 mishaps likened to failed Fyre Festival)

The public has called out organizers for the lapses despite being given all the resources. They say the scrutiny is justified as the SEA Games is considered one of the biggest sporting events in the region.

Thousands are expected to participate in the latest edition of the biennial multi-sport event. What else do we need to know about the SEA Games 2019?

1. This is the 4th time the Philippines is hosting – a thing that almost didn’t happen

The Philippines is hosting the 30th SEA Games with the theme “We Win As One.” But spearheading an international sporting event is not new to the country, as it already played host during the regional meet in 1981, 1991, and 2005.

But the SEA Games 2019 almost didn’t happen in the country.

The Philippines made its first bid in 2015 when Brunei pulled out due to lack of venues and preparation time. But in July 2017, the Philippine Sports Commission (PSC) revealed that the country was withdrawing its bid to host the 30th SEA Games citing the “problem of terrorism and atrocities” in Marawi City, Mindanao.

Almost a month after, the government backtracked again and said it was pushing through with the hosting, after it got backing from President Rodrigo Duterte himself. (READ: Philippines makes U-turn, will host 2019 SEA Games) 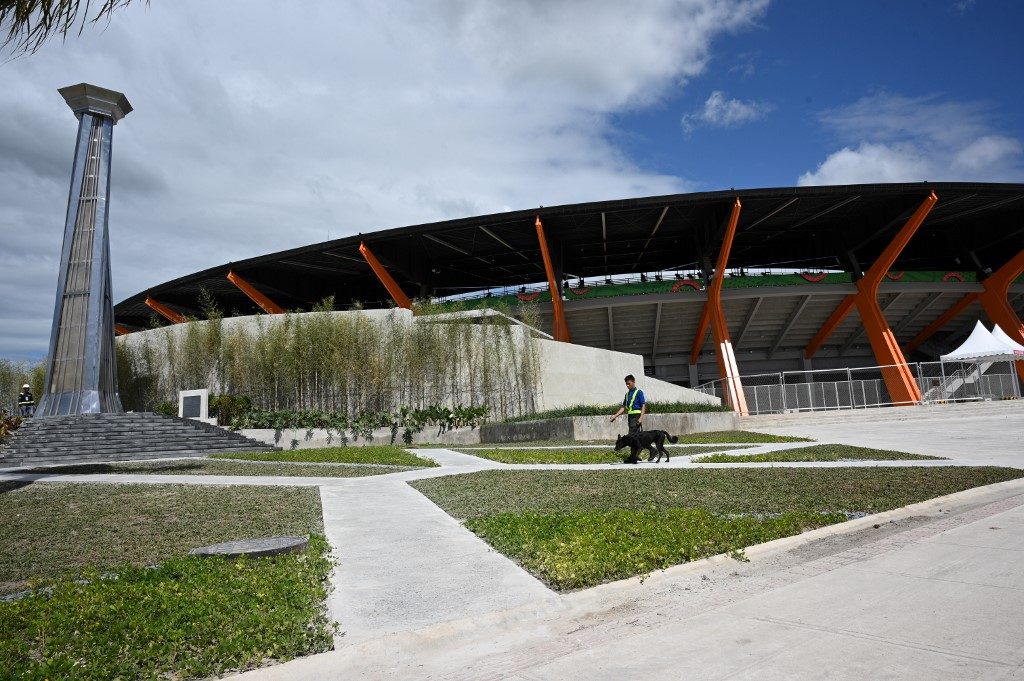 2. P6-billion budget for hosting, not including infrastructure

The Philippine Sports Commission was given P6 billion under the 2019 national budget for hosting expenses.

About P1.5 billion of the hosting budget will not undergo public bidding.

How the budget was used is being scrutinized by the public, after details were released showing extravagant and unnecessary expenses, such as the P50-million oversized cauldron to be used for the opening ceremony.

3. Thousands of athletes from 11 countries vying for podium finishes

At least 8,750 athletes and officials from 11 Southeast Asian nations are joining the games this year.

The Philippines, the 2019 host, is sending the biggest delegation with a total of 1,868 people.

4. There will be at least 56 sports and 530 events happening

SEA Games 2019 will have at least 56 sports held in venues located all over Luzon.

There are 3 sports categories in this year’s event: Compulsory Sports, Olympic and Asian Games Sports, and the Regional and New Sports.

5. Venues all over Luzon

The venues for the SEA Games 2019 events are all in Luzon and divided into 4 clusters: Clark, Metro Manila, Subic, and Others.

Below are maps of each cluster. Hover or click on the red dot to see what sporting events are going to be held there.

The “crown” of the infrastructure built for the SEA Games 2019 is the New Clark City Sports Hub, which houses the “all-new” athletic stadium, aquatic center, and the athletes village.

According to its official website, the creation of the hub “banners the Build, Build, Build program of President Rodrigo Roa Duterte, with the aim of strengthening initiatives for sustained economic growth.”

But the New Clark City has become controversial, given allegations of displaced indigenous peoples in Capas, Tarlac.

The Bases Conversion and Development Authority (BCDA)‘s P11-billion deal with Malaysian firm MTD Capital Berhad for the sport facilities was also found questionable by the government’s corporate counsels. The deal slipped through the approval process by circumventing several rules. 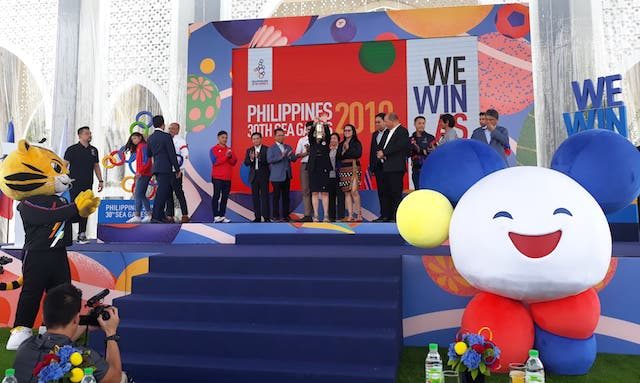 6. The official mascot is Pami…short for Pamilya.

Is it a sponge? A clump of Olympic rings? No one really knows what Pami, the official mascot of the SEA Games 2019, is supposed to be at first glance.

According to organizers, Pami is short for “Pamilya” (Family) and is a representation “of every nation, sport and person coming together and supporting each other at the games.”

Pami is just one of the many aspects of the overall design of the SEA Games 2019 that the public finds underwhelming for such a big-budget event. People also called out the “mediocre” logo.

7. The Philippines sees this as a boost for a possible 2030 Asian Games hosting

Organizers have floated the idea of the Philippines bidding to host the 2030 Asian Games.

In August 2018, then-foreign affairs secretary Alan Peter Cayetano said that they want to bid to get the rights to host the games.

In a Philippine Daily Inquirer report in January 2019, then-Philippine Olympic Committee president Ricky Vargas was quoted as saying that it will depend on the outcome of the SEA Games 2019 hosting.

The Asian Games, also called Asiad, is held every 4 years and attracts thousands of athletes all over the continent. The Philippines last hosted the Asiad in 1954, the event’s second edition, under then-president Ramon Magsaysay.

But given the multiple problems in the current hosting, will the Philippines try to bid anytime soon? – Rappler.com