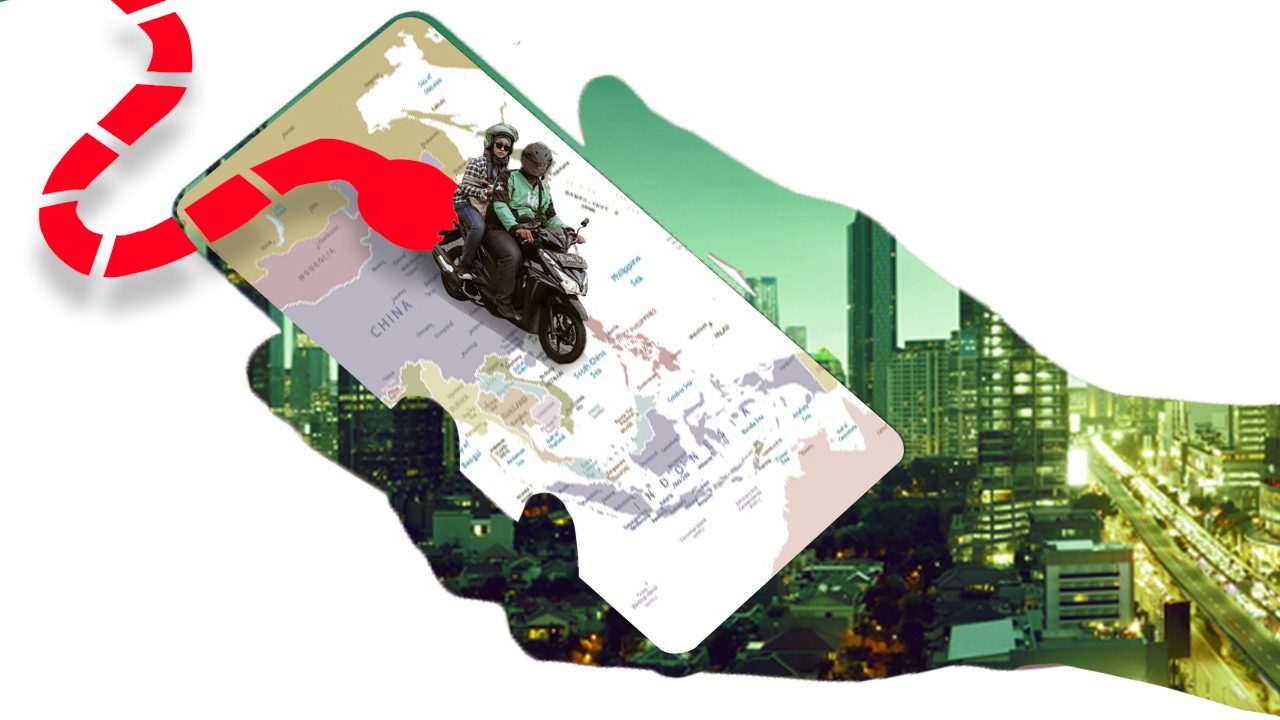 Facebook Twitter Copy URL
Copied
Like Angkas in the Philippines, app-based services in Indonesia, Thailand, and Malaysia want their governments to recognize motorcycles as official modes of transportation

MANILA, Philippines – With its launch in 2016, motorcycle taxi service Angkas offered an alternative method of transportation so commuters could glide through Metro Manila and Cebu traffic at the tap of a button.

The app-based ride-hailing service was bound to become popular in cities where commuters spend hours in traffic jam every day. Under Philippine laws, however, Angkas’ status remains illegal. Republic Act 4136 or the Land Transportation and Traffic Code provides that motorcycles can only be private or government vehicles. Private vehicles cannot be used for hire, while government vehicles can only be used in fulfilling government functions. (READ: Why Angkas is illegal)

With 9 pending bills in Congress seeking to recognize motorcycle taxis, the technical working group (TWG) set strict and specific guidelines on Angkas’ operations during the pilot run to ensure commuters’ safety. While Angkas maintained a 99.997% safety rate, new players JoyRide and Move It have yet to show similar statistics. (READ: Metro commuting in 2019: The shortcomings of the motorcycle taxi pilot run)

In neighboring countries of Indonesia, Thailand, and Malaysia, motorcycle taxis started as an informal sector and evolved into ride-hailing apps-based service that received government attention and regulation.

This is how Angkas-like services operate in other Southeast Asian countries:

Ojeks, or motorcycle taxis, existed in Indonesia for many years prior to the rise of ride-hailing apps. Similar to the Philippines’ habal-habal system, ojeks were an informal means for moving people around the city. Commuters would look for an ojek shelter or hail for them wherever they could find them. Some lucky commuters developed rapport with drivers to service them regularly.

Indonesia’s ride-hailing startup Gojek traces its roots back to 2010 as a motorcycle ride-hailing call center, where the company would match calling customers with ojeks.

The practice was in a gray area – no existing legal framework or regulation, but still done. For a while, the government was silent on ojeks, with no impetus to go after them since it was understood that they provided a necessary service in a city always snarled by traffic.

In 2015, the Gojek app was launched as it began to expand its services beyond motorcycle taxis.

Grab entered the picture in 2012. The two apps generated wide popularity as millions in investments poured in.

When the apps came, the ojek system had somewhat been formalized, and that’s when the government stepped in.

The Indonesian Ministry of Transportation announced in January 2019 that they had begun working to regulate fares. They understood that the mere presence of these motorcycle services needed regulation even without official government recognition.

The 2009 Traffic and Land Transportation Law does not recognize two-wheeled vehicles as a public transport mode. A petition by 54 drivers to amend the law was junked by the Constitutional Court in 2018.

The ministry released an ojek regulation in March 2019, with provisions on standard fares and customer safety. A ministry officer said  they would arrange meetings with Gojek and Grab to discuss minimum fares.

Ride-hailing companies are also required to have an emergency button and accident compensation. There are also procedures for hiring and suspending drivers.

The ride-hailing companies still receive complaints and protests over their services, but there reportedly has not been much noise with regards to the government’s regulation.

Ride-hailing companies have been operating in Thailand for several years. Among them is Get, a unit of Indonesia’s Gojek, that offers motorcycle taxi rides.

Thailand deals with an unregulated market.

An earlier form of motorcycle taxi service was called motosai, where drivers were managed by an informal operator that would provide their uniforms for a fee.

In 2014, the military government attempted to regulate the business by making the drivers buy their uniforms directly from the Thai Department of Transport. The arrival of similar services by Uber and Grab later on threatened this arrangement.

Thailand suspended motorcycle taxi services from Uber and Grab in 2016, with reports saying at least 66 drivers from the companies were arrested. The actions were done on claims they “broke local rules” and were “clashing with registered transport companies.”

The crackdown came 3 months after Uber launched its motorcycle taxi service in Bangkok.

The Transport Ministry announced in September 2019 that it was drafting guidelines to regulate ride-hailing companies.

Currently, police reportedly stop and fine drivers for improper registration. Reports of violence among motor taxi drivers have come about amid the arrival of ride-hailing apps.

“We have to look at what is possible within the law to give choice to the public – not increase competition with taxis in the system,” Transport Ministry Deputy Permanent Secretary Jirut Wisarnjit told Reuters.

The regulatory framework is targeted for finalization by March 2020.

Local startup Dego Ride was the first of its kind in Malaysia, starting motorcycle taxi operations in the country in late 2016. The government quickly declared it illegal in January 2017 due to safety concerns.

In August 2019, Youth and Sports Minister Syed Saddiq lobbied with the Malaysian Cabinet to approve legalizing the service. Saddiq arranged for Loke, Gojek founder Nadiem Makarim, and the Prime Minister himself to be at the meeting.

Malaysia’s The Star reported that Saddiq pitched to create youth employment through motorcycle taxi services, in line with a Pakatan election promise of creating one million job opportunities.

The Malaysian Cabinet then allowed the introduction of motorcycle taxi services in the country, subject to viability studies and legal provisions.

Saddiq later met with Dego Ride after excluding the homegrown startup from the previous meeting and ensuring that the Cabinet’s approval would be applicable to all motorcycle taxi apps, not just Gojek. – Rappler.com