IN NUMBERS: Abby Binay’s tech-driven thrust for Makati in 2019 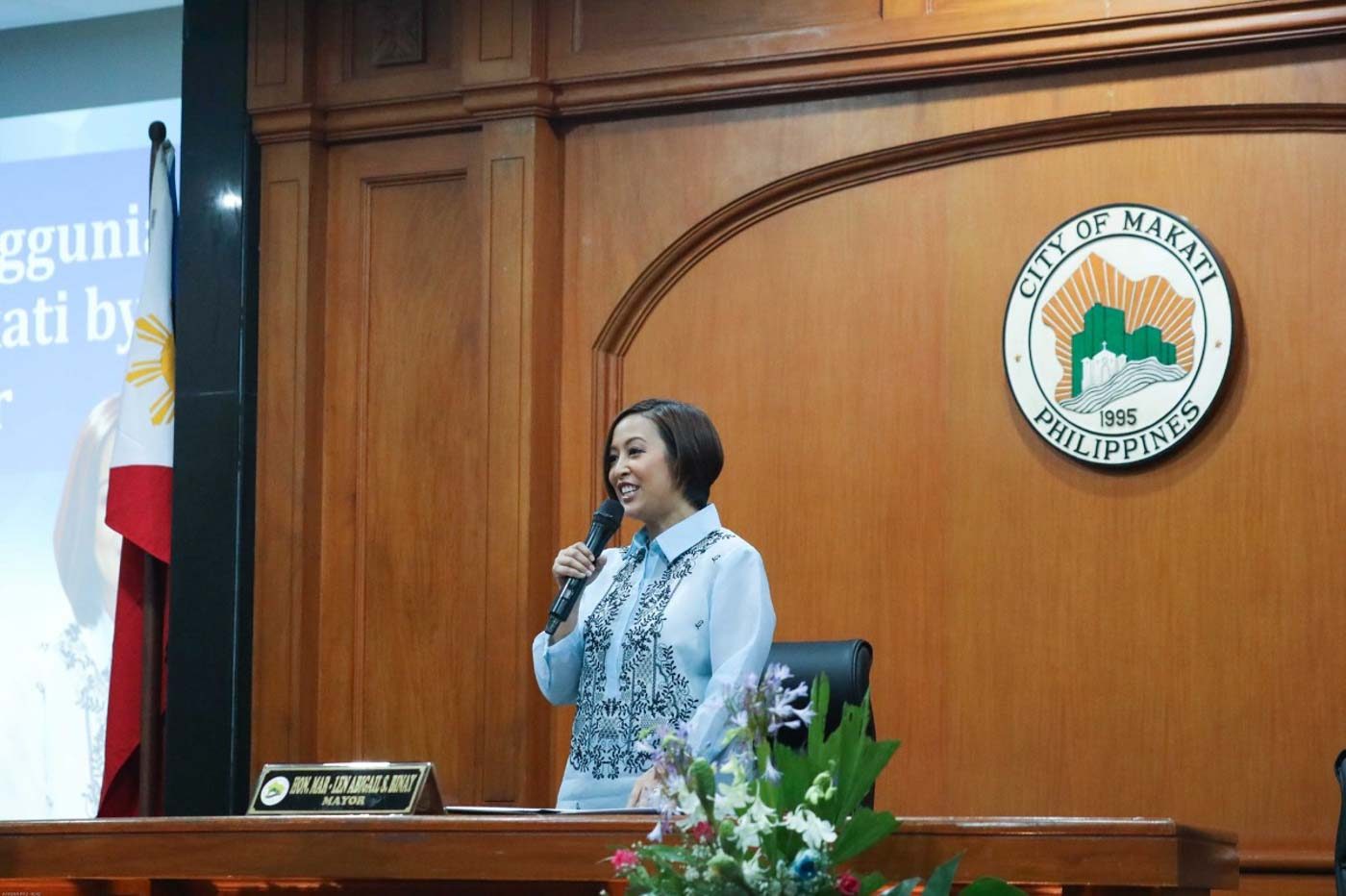 MANILA, Philippines – Mayor Abby Binay continued to focus her efforts in turning Makati into a smart city during her 3rd year in office in 2019.

The chief executive of the country’s richest local government unit (LGU) delivered her State of the City Address (SOCA) before members of the Rotary Club of Makati on Tuesday, January 7. (READ: In Abby Binay’s Makati, there are free cakes but no sugarcoating)

“In 2017, I stood before all of you and vowed to aggressively pursue programs that will promote good and efficient governance through the use of modern technology to upgrade public service and promote transparency. This vision is now a reality,” said Binay, who was reelected in May 2019.

From using technology to improve education and disaster resilience programs, to increasing the budget for her flagship project, the Makati Subway, here are Binay’s accomplishments in 2019:

Since she first became mayor in 2016, Binay has put the improvement of Makati’s health services on top of her agenda. A total of 44.7% or the lion’s share of Makati’s 2020 budget will be dedicated to its social services, with the city’s health programs getting the biggest chunk at P5.26 billion.

Under Binay, the city’s queuing management system in barangay health centers were digitized, with residents – whom the mayor calls Makatizens – using a mobile application to schedule appointments and check the total number of patients in line. They also receive notifications when their turn in line at the health center is near.

The city also continues to administer vaccines for free, which is complemented by the anti-dengue kits Binay distributes to public school students.

The construction work for the 10-story OsMak 2, which would house a cancer institute, is also expected to be completed in 2022.

Binay has also launched the Palliative and Hospice Care Program at OsMak for the elderly with serious and chronic illnesses.

In the coming months, the Makati mayor plans to put up an e-health system, where a centralized database of patients’ medical records can easily be accessed by barangay health centers.

Focusing more on students is one of the thrusts Binay took to set herself apart from her father Jejomar Binay Sr, who was a longtime Makati mayor before he became vice president in 2010.

The younger Binay has been generous to students, not only giving them scholarship opportunities but also equipping schools in the city with digital tools, like popular Singaporean Mathematics software program Koobits and radio frequency ID cards to make attendance checking faster.

Students also benefit from the city’s free public Wi-Fi services to do their school work.

“We hope that more students in our public schools will be motivated to excel in their studies since we are giving them practically all they need for free,” the Makati mayor said.

Binay’s planned public columbarium that would provide free cremation services to Makati residents is still in the pipeline.

More residents are downloading the Makatizen app, which makes it easier for residents to report emergencies, like accidents and crimes, directly to city hall. The My Makati Facebook page also receives reports on crimes, emergencies, uncollected garbage, and other issues from concerned citizens.

Binay formed a team whose primary job is to monitor reports and feedback from residents online, and to relay their concerns to the proper department.

The Makatizen card – the all-in-one card that Makati residents use to access city government services, pay fees and taxes, as well as receive cash allowances, stipends, and other monetary benefits – won as Best in eGov Customer Empowerment in the 2019 Digital Goverance Awards held in December.

Plans are now in the works to build a modern complex in Makati that would integrate the city’s central fire station, police headquarters, rescue team, and public safety department.

All these efforts were recognized in Novemer 2019, when Makati was the sole Philippine finalist in the World Smart Cities Awards held in Barcelona, Spain, for the city’s project entry titled the “Use of technology to improve city disaster preparedness and communication to and from city citizens.”

According to Binay, Makati’s total revenue collection in 2019 is at P18.77 billion, surpassing their revenue target in 2018 by 10%. Of this amount, a total of P9.3 billion came from business tax, then followed by P6.7 billion from realty tax.

The Makati mayor also proudly announced the city gained an “unqualified opinion” from the Commission on Audit for the second straight year, the highest rate given by state audiors to an LGU whose financial statements are fairly and appropriately presented.

Makati also earned the Seal of Good Financial Housekeeping from the Department of the Interior and Local Government “for its transparency and honesty in spending public funds.”

Binay’s most ambitious project is the Makati Subway, a $3.5-billion joint venture deal between Infradev and the Makati City government.

The subway, which will have at least 10 stations linking different destinations across Makati, is eyed to not only improve mobility in the city but to also generate some 10,000 jobs for Makatizens, including seniors citizens who can still work.

In 2019, Binay sealed agreements with two Chinese firms to secure an additional $333 million worth of initial funds to build the Makati Subway. Hui Gao will give a $102-million equity investment and another $200 million in credit facility to the country’s first intra-city subway system. Shanghai Mintu also signed a subscription agreement for direct equity investments worth $30 million.

“We remain steadfast in our commitment to transform Makati into a Smart City by 2025, and you are our indispensable partners in achieving this end,” Binay said as she concluded her SOCA speech.

“Through our collective efforts, we will be able to build and develop a smart and sustainable city that can withstand the challenges of the future,” the Makati mayor added. – Rappler.com