FAST FACTS: Phreatic and other types of volcanic eruption 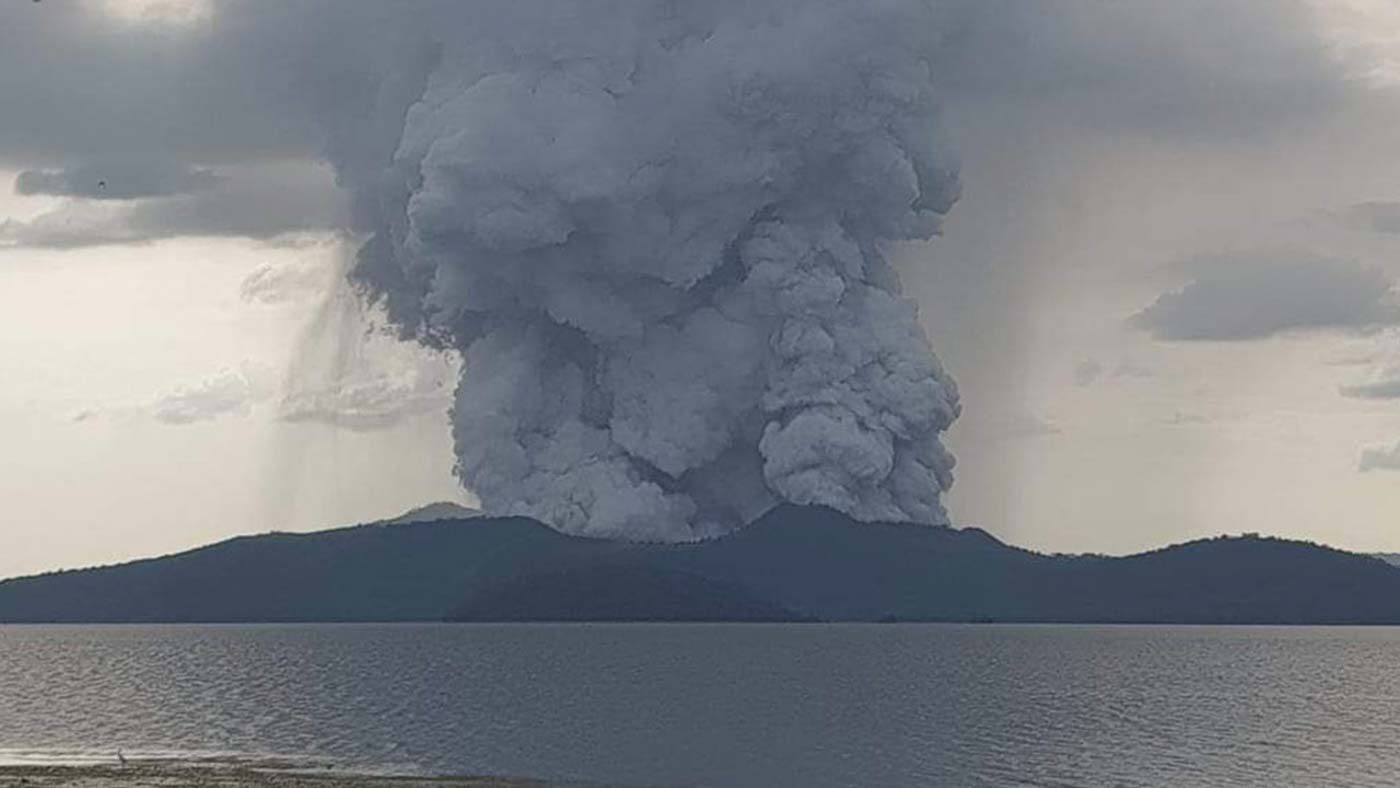 Facebook Twitter Copy URL
Copied
A phreatic eruption is one of the 6 ways a volcano can erupt, according to the United States Geological Survey

MANILA, Philippines – Taal Volcano erupted in the afternoon of Sunday, January 12. The eruption was classified as phreatic by the Philippine Institute of Volcanology and Seismology (Phivolcs).

A volcano does not necessarily erupt in just one way. For instance, Mayon Volcano in Albay has had both phreatic and Pelean eruptions. Others, meanwhile, may exhibit just one characteristic type.

Here are the 6 types of volcanic eruptions according to the United States Geological Survey (USGS).

Phreatic or “steam-blast” eruption occurs when steam is produced from the contact of cold groundwater with hot rock or magma. During phreatic eruptions, no new magma is produced. Only fragments of preexisting solid rock in the volcano are expelled. Also known as ultravulcanian eruption, the USGS says a phreatic eruption is “generally weak.”

Some examples of phreatic eruption are Sunday’s Taal Volcano eruption and Mayon Volcano’s eruption in 2018.

Known as the most powerful type of eruption, a plinian eruption is characterized by continuous gas blasts and explosive ejection of viscous lava, gas-rich magma, and large volumes of volcanic rock known as pumice. It can last less than a day to several months.

An example of a strong plinian eruption was the 1991 Pinatubo explosion in Zambales, which is also known as the second-largest volcanic eruption of the 20th century.

Not to be confused with plinian, Pelean eruptions are named after Mt Pelee in France’s overseas region of Martinique. This type of eruption forms domes and glowing avalanches of hot ash that flow down the sides of a volcano.

Large quantities of gas, dust, ash, and lava fragments are also produced from the volcano’s central crater, but rock particle deposits known as tephra are generally less widespread than those from plinian eruptions. Still, a Pelean eruption can be devastating especially if it takes place in populated areas.

An example of a Pelean eruption is the Mayon Volcano explosion in 1968.

Named after the Hawaiian volcanoes, a Hawaiian eruption is typically quiet. Volcanoes that erupt in this type have magmas with high eruption temperature, and the lava flows have low viscosity and low gas content. The eruption usually starts along fissures of the volcano or other linear vents. There can be two types of Hawaiian eruption: fissure type and central vent type.

In a fissure type eruption, melted, incandescent lava erupts from a fissure on the volcano’s rift zone and flows downwards. In central-vent eruptions, meanwhile, a fountain of blazing lava shoots up to a height of several hundred feet or more.

An example of the Hawaiian eruption happened in 1959 in the Kilauea Iki Crater of Kilauea Volcano in Hawaii.

Like the Hawaiian eruption, a Strombolian eruption is also named after the Stromboli volcano in Italy. This type of eruption blasts fragments of solidified lava and rocks to altitudes of tens to hundreds of feet. The USGS said it forms luminous arcs through the sky, produced from bursts of huge clots of molten lava from the volcano’s summit crater.

Lava flows and magma from strombolian eruptions also have a higher viscosity than those formed from Hawaiian eruptions. A strombolian activity can last up to a few years, according to Oregon State University.

An example of a strombolian eruption occurred in Mexico’s Paricutin Volcano, which lasted from 1943 to 1952.

Vulcanian eruptions are also named after another place in Italy: the Vulcano Island. This type of eruption is characterized by an ash-filled gas explosion from the volcano’s crater that shoots up above the peak to form a dense cloud near the upper level of the cone. The cloud formed can be gray or black.