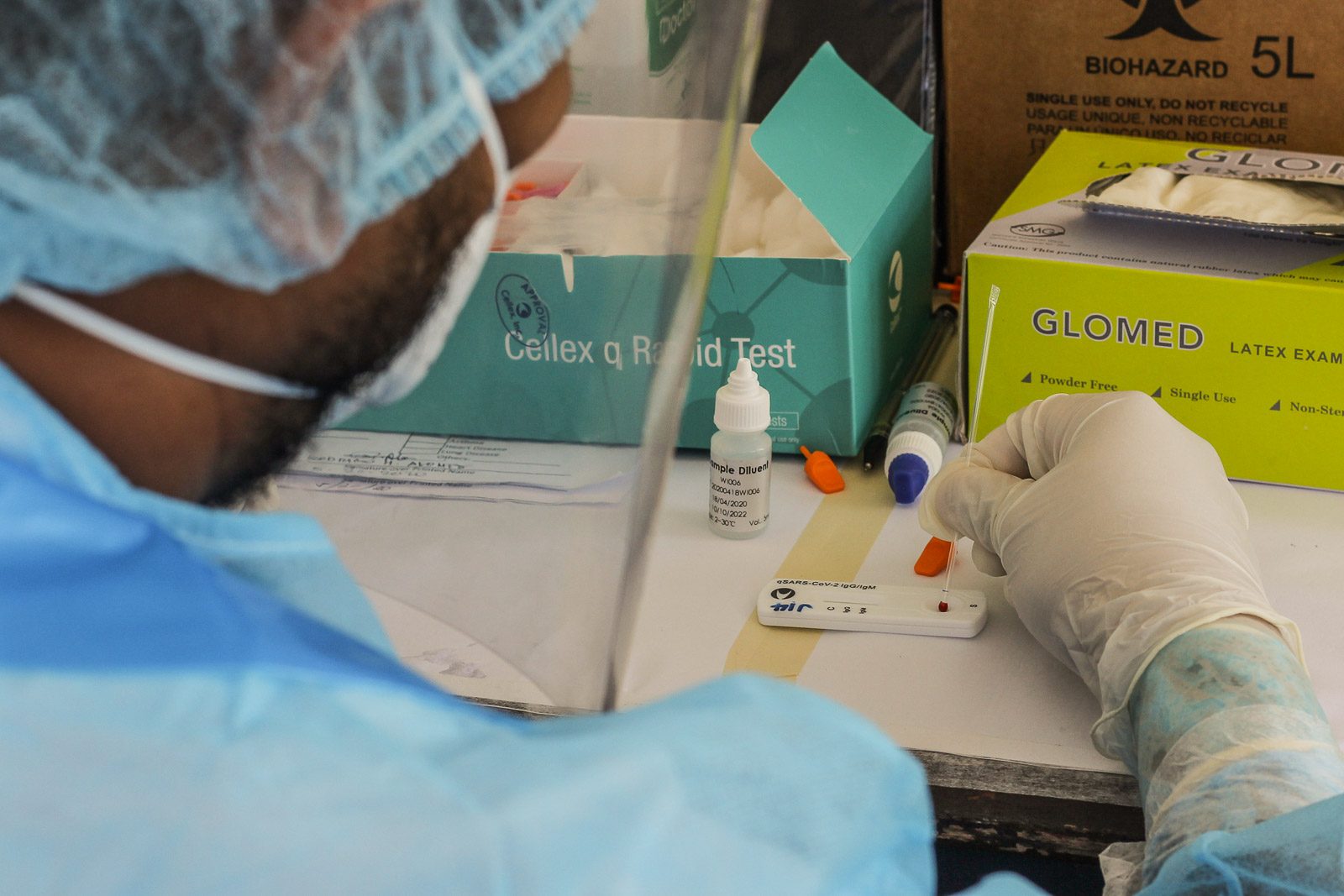 MANILA, Philippines (UPDATED) – With the easing of community quarantine in Metro Manila and other parts of the country, testing for COVID-19 has been very much in the news in the past few days.

On Monday, May 19, several medical groups warned local government units and employers against the use of COVID-19 antibody rapid tests as clearance to return to work, saying that it would be a “waste of resources” if used for diagnostics.

They argued that real-time reverse transcription polymerase chain reaction (RT-PCR) is still the gold standard for COVID-19 testing in the Philippines.

Presidential adviser for entrepreneurship Joey Concepcion, however, stood by the use of rapid test kits on returning workers as the Philippines partially reopens the economy after two months of lockdown. (READ: Duterte economic adviser defends rapid testing vs ‘all talk, no action’ doctors)

Concepcion said rapid tests are all that they can do for now.

“Ito lang ang puwede naming gawin, itong rapid test. Kung may iba silang test na puwedeng gawin, gagamitin namin pero ‘yung PCR, paano natin gagamitin kung wala namang capacity ngayon?” asked Concepcion. (This is all we can do for now, the rapid test. If they have another test that we can do, we will use it but in the case of PCR, how can we use it if there’s no capacity for that right now?)

Concepcion is the founder of the private sector-led Project Ark that has donated 500,000 rapid test kits to companies for use of their returning employees.

But what’s the difference between these two types of tests being brandished by different groups at this time?

Rappler spoke to Professor Marilen Balolong, a microbiologist and scientist at the University of the Philippines Manila, and reviewed the Department of Health’s (DOH) previous pronouncements to explain the difference between the two COVID-19 tests.

How it works. The RT-PCR test kits use actual swabs from patients taken from the nose or throat. This test determines the actual presence of the coronavirus and if a person is currently infected.

Processing time. The samples are brought to the Special Pathogens Laboratory (SPL) which should be a Biosafety Level 2+ facility. According to Balolong, results can be processed in 24 hours or longer. (READ: FAST FACTS: Steps in a coronavirus PCR-based test)

“Considering the bulk of the specimen, they won’t run it into the machine with just one specimen, so they would collect until they can as many specimens as they can to fill a batch. Sometimes it can take 1 to 3 days,” Balolong said in Filipino.

Accuracy. This is the gold standard for COVID-19 testing. Balolong said results using RT-PCR are 97% accurate or higher.

Price. An imported RT-PCR test kit costs around P3,000 to P8,000. Meanwhile, the coronavirus test kit developed by UP scientists costs around P2,700 to P3,000. The UP test kits, however, have yet to be mass produced.

How it works. A rapid antibody test requires the patient’s blood sample and can only detect antibodies. The body produces antibodies in response to an infectious agent such as a virus. These antibodies, however, generally arise after 4 days to more than a week after infection, so they are not used to diagnose current disease.

Accuracy. The test results aren’t reliable enough for individuals to act on. Doctors have warned that when these are used on people showing no symptoms of COVID-19, there is a high incidence of false positive results.

Balolong said time is very critical when using this type of test. According to her, the IgG, or the delayed immune response test, is usually done 10 to 14 days after infection.

“If you’re to get tested using IgG on the earlier days, this will give you a negative result,” Balolong said.

Balolong added: “The IgM will be detected in the first few days of infection, so if you’re to be tested late, the test will be useless, it will give false results.”

The reliability of rapid antibody tests are between 30% to 80%. Balolong said this is “very low.”

Balolong confirmed an earlier statement of the DOH that said they were not recommending the use of the rapid antibody test as this can produce false negative results. (READ: DOH not recommending use of rapid test kits for coronavirus)

Price. This kind of test is relatively inexpensive (should cost around P400 to P700). However, if an individual turns positive using this test, a confirmatory test should be administered using the standards of the RT-PCR.

While the DOH rejected an earlier recommendation to use rapid test kits, Food and Drug Administration Director-General Eric Domingo said these kits can still be used in some cases, like in a community with a high number of suspected COVID-19 cases.

The general rule seems to be that it’s still best to go for the RT-PCR test for accuracy. – with reports from Agence France-Presse/Rappler.com