Mar 8, 2014 11:32 PM PHT
Facebook Twitter Copy URL
Copied
How many women are there in the executive, legislative, and judicial branches of the Philippine government? 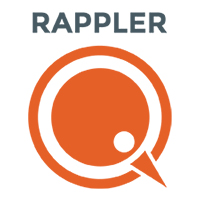 MANILA, Philippines (UPDATED) – Women in the Philippines were first granted the right to suffrage on April 30, 1937. Immediately, women participated in the nation’s affairs and won elective posts one after the other in that year’s local polls.

Forty-nine years after, in 1986, Corazon Aquino was swept to power, becoming the country’s first female leader. She would be followed by Gloria Macapagal-Arroyo 15 years later, in 2001.

The country scored high in political empowerment, and it shows in the women currently playing significant roles in the national and local governments, and even in world affairs.

A total of 33 city mayors and 21 city vice mayors are also women. In 4 cities, both the mayor and vice mayor are women:

The head of the judicial branch of government is also a woman, the first in history: Chief Justice Ma. Lourdes Sereno. There are 2 more women in the 15-member Supreme Court: associate justices Teresita Leonardo-De Castro and Estela Perlas-Bernabe. Leonardo-De Castro was appointed by former Pres. Arroyo, while Perlas-Bernabe was appointed by Aquino.

The current Ombudsman, in charge of prosecuting crimes committed by government officials, is Conchita Carpio-Morales.

The presiding judge of Sandiganbayan is a woman, too: Amparo Cabotaje-Tang. With her in the 15-member anti-graft court are associate justices Teresita Diaz-Baldos and Maria Cristina Cornejo.

President Benigno Aquino III has also appointed 4 women as members of his Cabinet:

In key national government positions are these women:

Even in many Philippine embassies around the world, women take charge. As of March 2014, a total of 20 ambassadors are women.

Editor’s Note: Supreme Court Associate Justice Estela Perlas-Bernabe was previously mentioned as appointed by Pres. Gloria Arroyo. She was, in fact, appointed by Pres. Benigno Aquino III. The list of women city mayor-vice mayor tandems have also been corrected. We apologize for the error.