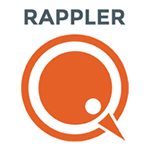 The twin canonization is seen by Vatican watchers as an attempt to breach a traditional left-right divide in the Church.

As the Vatican welcomes pilgrims from all over the world to witness the ceremony, relics and images are being shown in the Philippines for those who couldn’t make it to the Vatican.

The country has a lot of reasons to celebrate the canonization of the two popes because they established a connection with Filipinos.