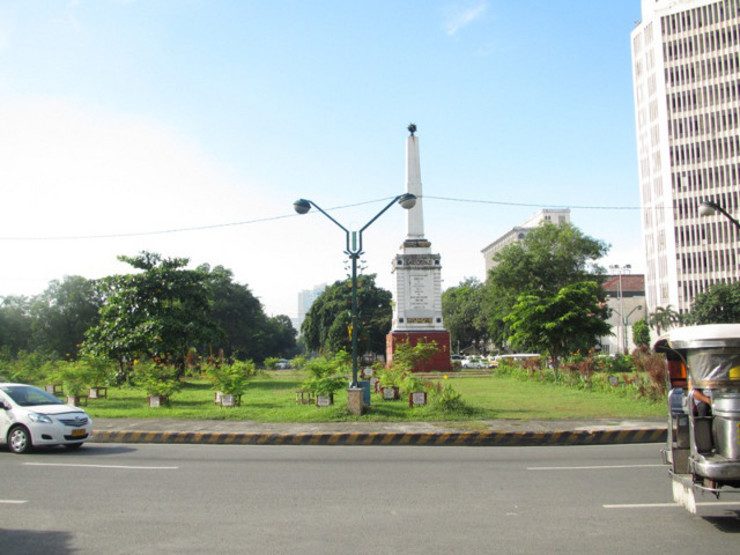 MANILA, Philippines – Historical conservationists are criticizing the government over its plan to move the Anda Monument from the roundabout in Bonifacio Drive in Manila, just outside Intramuros, to ease traffic flow in the Port Area. (READ: NHCP: Anda monument’s transfer for its own safety)

Prior to hitting the headlines, however, the Anda Monument was just among the numerous but unheard of monuments in Metro Manila, constructed in honor of a historical figure not familiar to most Filipinos.

The monument was created in honor of Simon de Anda y Salazar, who served as the 41st governor general of the Philippines from 1770 to 1776. It was constructed in recognition of his initiative in the resistance against the British occupation of Manila in 1762, way before he served as governor general.

Anda was born in Spain in 1701 and was an auditor by profession. He was commissioned as lieutenant governor by Archbishop-Governor Manuel Antonio Rojo before the British invasion in the country.

In a speech delivered in 1957, then President Carlos Garcia narrated how Anda fought for the country:

[W]hen the City of Manila capitulated to the British invaders in 1762, Simon de Anda, then a simple member of the Audiencia of Manila, rebelled against that decision of the government of Spain in the Philippines. He fled to Bulacan and Pampanga and organized the resistance movement against the British occupation. He headed a strong organization of guerrillas composed mainly of Tagalogs and Pampangos to engage the British in a war of attrition until the latter took to their war vessels to return to India in June 1764. It was therefore Simon de Anda with his guerrilla forces that forced out the British from the Philippines and it was to him that the proud British bowed.

Garcia also stated that Anda “depicted to the King of Spain the deplorable conditions in the Philippines, and frankly expressed his desire to put an end to it.”

Anda was appointed governor-general in 1770, and served for 6 years until his untimely death. Garcia described Anda’s death:

Unfortunately, however, Anda came too early for his time. He was misunderstood, maligned, and mistrusted by his fellow countrymen in the Philippines until death ended his incumbency in 1776. At his tragic end only his Filipino friends whose affection and love and devotion he won were at his bedside.

In 1871, then Governor-General Maria de la Torre proposed the creation of a memorial for Anda. The original monument was actually erected near the mouth of the Pasig River just outside the northwest edge of Intramuros.

The monument sustained damage during World War II. It was reconstructed and removed from its original place in the 1960s due to the construction of the Roxas Bridge (formerly Del Pan Bridge) in that spot. (See photos of the original monument here.)

Today, the monument is facing another potential transfer. The recommendation of the National Historical Commission of the Philippines (NHCP) in 2012 was to transfer the monument to Maestranza Plaza inside Intramuros, also in Manila. Apart from this monument, memorials for Anda are also constructed outside Manila, such as in Pampanga. – Rappler.com