COVID-19 Weekly Watch: Another surge in mid-May is not far-fetched 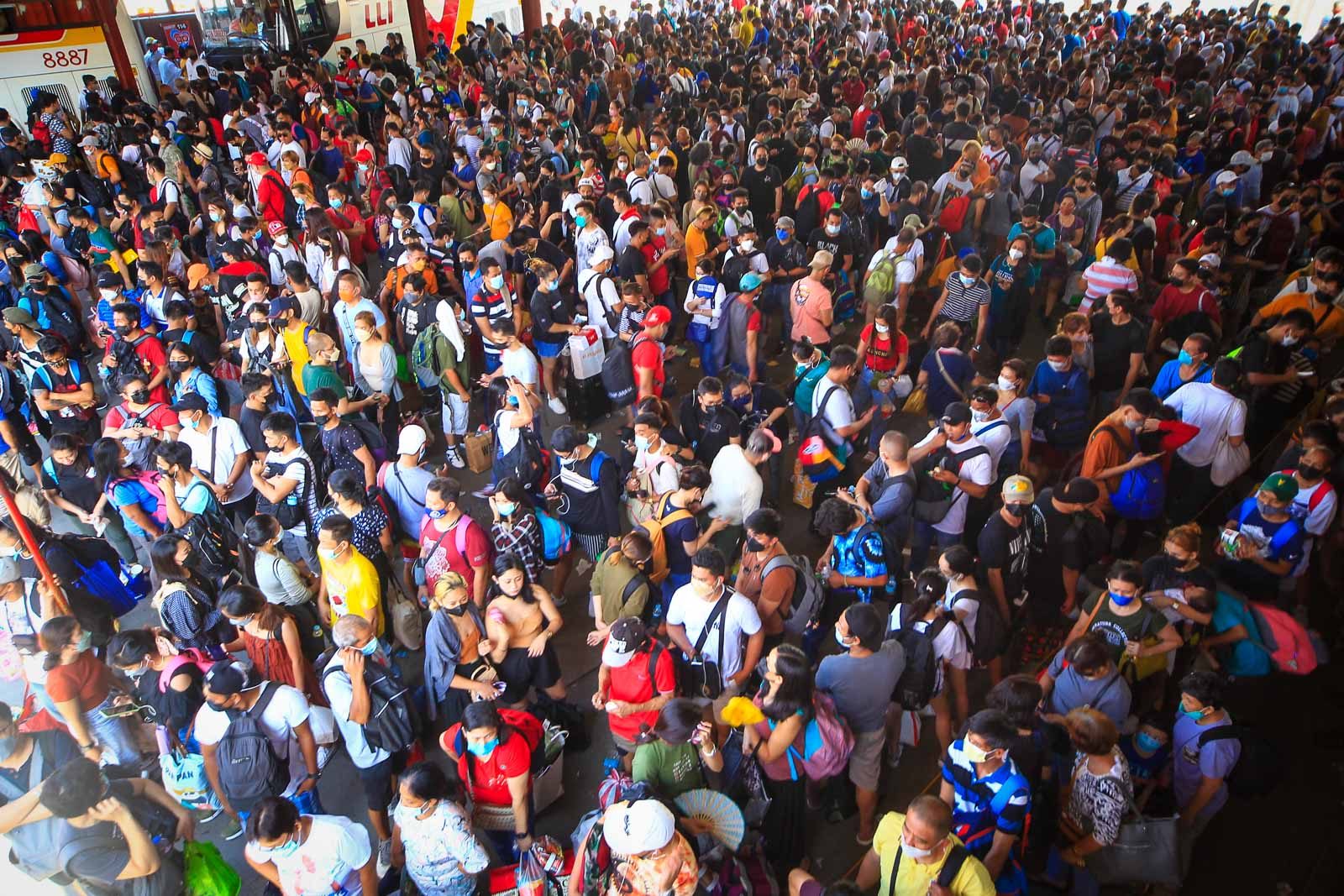 TRAVEL. Passengers crowd a bus station along Buendia Avenue in Pasay City, to spend the Holy week break in their respective provinces, on Maunday Thursday, April 14, 2022.

Facebook Twitter Copy URL
Copied
This week of April 17, 2022, we look at the health department's projections for cases in mid-May, more Omicron subvariants, and reinfection risks

MANILA, Philippines – New coronavirus cases in the Philippines are on a plateau, averaging some 272 cases per day following weeks of decline. About 60% of Filipinos have received two doses of a COVID-19 vaccine.

Virus risks still all too real

While case numbers have dropped from March to April, the risk of COVID-19 is still all too real. The Department of Health (DOH) warned as much, as its experts saw a potentially significant increase in cases taking place as early as mid-May – if Filipinos would continue to let their guard down against the virus.

The country will be holding its national and local elections on May 9.

The World Health Organization recently announced it was monitoring two more Omicron subvariants: BA.4 and BA.5, which have been reported in South Africa and a number of countries in Europe. The development comes just weeks after the health body named three recombinants it was also keeping an eye on.

A recent report from the United States Centers for Disease Control and Prevention (CDC) documented 10 cases where people infected with Delta were reinfected with Omicron within 90 days. The findings are significant because it was difficult to verify early reports, considering people could experience prolonged viral shedding within three months from an initial infection.

In case you missed it: The Philippine Food and Drug Administration (FDA) approved a second COVID-19 booster dose for the elderly, immunocompromised individuals, and frontline health workers. This comes after countries like the US, Israel, Germany, and Australia green-lit a fourth short for select groups.