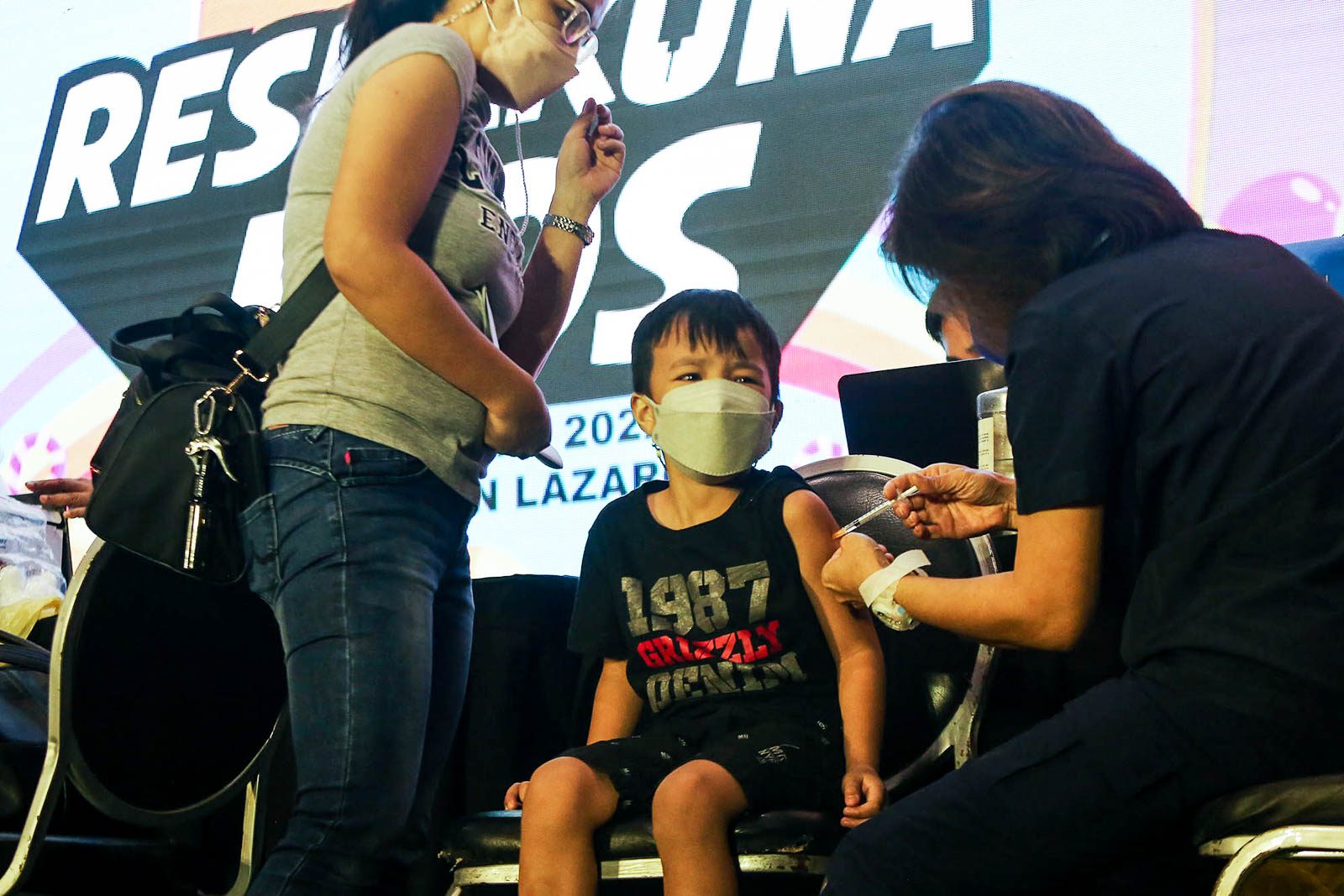 VACCINE DRIVE. Children 5 to 11 years old are the youngest to be allowed to receive vaccines against COVID-19.

Facebook Twitter Copy URL
Copied
This week of May 29, 2022, we look at updates to vaccines for kids under 5 years old, if the Philippines will see a new surge in cases, and what we know about Omicron subvariants

MANILA, Philippines – After weeks of decline, coronavirus cases in the Philippines are slowly increasing again with average daily infections over the past week hovering close to some 200 new cases per day. Experts are watching data closely to see if this increase will be sustained.

Over a year into the country’s vaccination drive, roughly 63% of all Filipinos have been fully vaccinated. Here’s what we’re watching this week of May 29, 2022:

Pfizer recently announced that it would seek authorization from the United States Food and Drug Administration (FDA) for its vaccine for children under 5 years old to at least 6 months old, after a study of administering a third dose was found to improve the vaccine’s efficacy.

A new surge on the way?

Against the backdrop of more Omicron subvariants detected in the Philippines, COVID-19 infections appeared to be on the rise again after daily new cases in the recent week grew for the first time in months. More data expected in the coming days could tell us if the country could be facing the start of a new surge.

Since its emergence in the global landscape in late 2021, Omicron and its subvariants have remained in the spotlight. Scientists are studying the variant and its different forms after data has shown their ability to fuel several surges and evade antibodies from vaccines and previous infections.

Here’s a quick rundown on what data so far shows about the Omicron family: