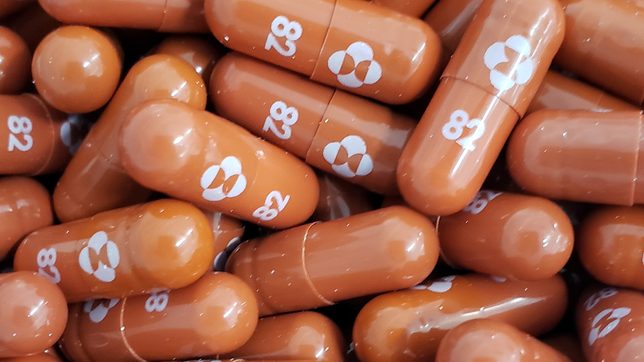 Facebook Twitter Copy URL
Copied
This week of October 4, 2021 we're watching how the government moves on Merck's promising COVID-19 drug, what cases are telling us about the state of the health crisis, and a more realistic vaccine target

Signs that COVID-19 cases are on the downturn continue to hold into the first week of October 2021, but health officials and researchers studying the pandemic would rather subject this month to observation. Newly introduced quarantine measures and sustained vaccinations, coupled with other response strategies, could spell the next phase of the epidemic in the country.

On the treatment front, molnupiravir, an experimental COVID-19 pill developed by Merck and Ridgeback Biotherapeutics, made headlines for its promising trial results. They showed the drug could cut by about 50% the chances of dying or being hospitalized for those most at risk of contracting severe COVID-19.

News of the pill – called a “game-changer” and “huge advance” – delivers hope as countries around the world reel from deadly surges in infections fueled by the highly contagious Delta variant.

What cases are telling us

On Tuesday, October 5, the number of daily new COVID-19 cases tipped into the four-digit realm again for the first time in weeks. Health officials are still trying to get a better grip on the lower cases seen in recent days, so it’s too early to say if this shows a “true decline.”

So how well are strategies working? One thing we’ve learned from the pandemic so far is that timing matters – actions taken, or not taken, now will determine how we fare in the next few months.

The reality of vaccine statistics over the past few months are catching up quick with pandemic officials. On October 5, vaccine czar Carlito Galvez Jr. said that “realistically” computations of the national vaccine cluster showed that 50% of the country’s population shall have been vaccinated by the end of 2021.

The latest target? Vaccinating at least 80% to 90% of Filipinos by the 2022 elections, Galvez said. Health experts Rappler spoke to said vaccination should still be complemented by other strategies to truly tame COVID-19.

In case you missed it: Vaccination for minors aged 12 to 17-years old who have comorbidities will begin on October 15. The group will be considered part of the government’s A3 or persons with comorbidities priority category.

And here’s what you need to know about the upcoming rollout: How the pilot run of COVID-19 vaccinations for minors will be done in Metro Manila – Rappler.com