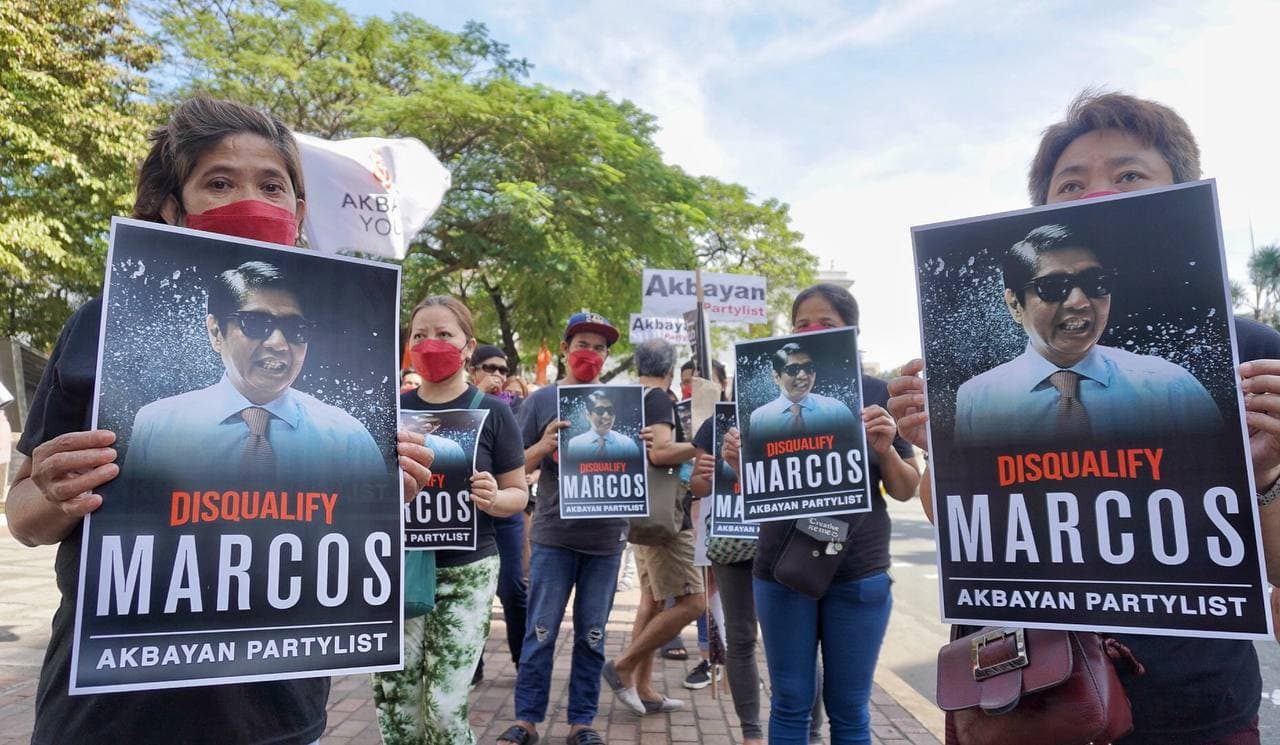 DISQUALIFY MARCOS. Akbayan leaders march to the Comelec on December 2, 2021 to file a petition seeking to bar Bongbong Marcos from joining the 2022 presidential race.

Facebook Twitter Copy URL
Copied
Multiple scenarios have been raised in connection with the disqualification petitions against Marcos Jr. Rappler answers some of the most frequently asked questions.

The Commission on Elections (Comelec) is in the long and grueling process of resolving cases filed against former senator Ferdinand “Bongbong” Marcos Jr., whose presidential bid has become arguably the most contested in recent history.

Multiple questions have been asked, and scenarios raised, if the Comelec grants any of the petitions seeking to block the candidacy of the dictator’s son.

Rappler listed some of the most frequently asked questions about the disqualification saga, and provided some answers after talking to experts and checking with other authoritative sources.

Why is Marcos Jr.’s name on the official ballot?

As of Monday, January 17, four petitions against Marcos Jr.’s presidential bid are still unresolved at the division level – three petitions consolidated into one in the 1st Division, and another case in the 2nd Division.

The 2nd Division has junked the petition seeking to cancel Marcos Jr.’s certificate of candidacy, but that case is also expected to be appealed with the en banc, or the whole of Comelec.

Comelec Spokesman James Jimenez confirmed that, because the cases had not been decided on with finality, Marcos Jr.’s name would remain on the ballot.

It is important to note, though, that his inclusion in the final list of candidates does not, in any way, mean that the unresolved petitions against him are already unsuccessful.

Is the decision of a Comelec division final?

No, a division-level ruling can still be contested.

There are two divisions in the Comelec: the 1st Division and the 2nd Division. Once they issue a resolution on a case, the losing party has the opportunity to file an appeal with the en banc.

So if you come across an article that says a Comelec division ruled on something, consider it an important decision, but one that could be subject to appeal with the en banc, and even the Supreme Court.

Right now, six of the seven members of the en banc are appointees of President Rodrigo Duterte.

The 1st Division is composed of lone Aquino appointee Rowena Guanzon, and commissioners Marlon Casquejo and Aimee Ferolino, career officials who rose from the Comelec ranks and trace their roots to Davao, Duterte’s home region.

How long will it take for the Comelec to resolve the cases?

At this point, as long as it will take.

“There is no deadline, but Comelec commissioners are conscious that we have to decide on this as soon as possible,” Kho said in December 2021.

With three members of the en banc set to retire in February, the new commissioners are also likely to get their hands on the cases.

“Is it possible for a sitting commissioner to retire even while there is a pending case in his docket? The answer is yes. It’s part of how things happen,” Jimenez also said on January 12. 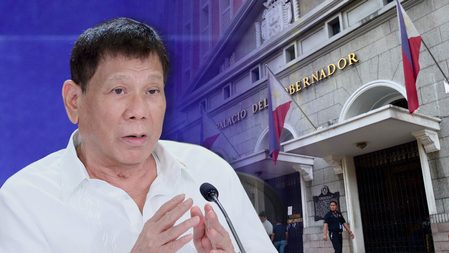 Kho, Guanzon, and Comelec Chairman Sheriff Abas will all retire on February 2. This means that the entire en banc, after that, will be composed of Duterte appointees.

What if Marcos is disqualified after the printing of ballots, but before the May 9 polls?

This question assumes that the Comelec and the Supreme Court – if the cases reach that level – will act quickly on the cases against Marcos.

Let’s imagine that they would. Since Marcos Jr.’s name is already on the ballot, he can be substituted by someone with the same surname.

So, yes, Marcos Jr.’s sister or wife can replace him, if that situation ever materializes.

“Basta kaapelyido (as long as they have the same surname). So, for example, Imee Marcos, technically yes, because she is a Marcos; Lisa Araneta-Marcos, who is married to Ferdinand Marcos [Jr.], technically she can also substitute,” Jimenez said on Monday.

If Marcos Jr. decides not to invoke his right of substitution, votes cast for him on election day will be read by the vote-counting machines, but these will be considered stray votes.

What if Marcos wins the presidency, but is disqualified by final judgment after proclamation?

This is a tough question, and Jimenez acknowledged the possibility that numerous cases would be filed about it.

But in the event that a disqualification petition against Marcos Jr. succeeds once he is already president, election lawyers and Jimenez himself said the likely scenario is that the person who wins the vice presidency in May will succeed him.

“From what I understand of the law that applies right now, that particular set of circumstances will lead to the vice president succeeding, not the second placer [in the presidential race],” Jimenez said. “Because that means he won the elections and was just disqualified. The elections are valid.”

In Labo vs Comelec in 1989, the Supreme Court disqualified then-Baguio City mayor Ramon Labo Jr. from continuing his post as he was declared not a Filipino citizen. The court asked him to surrender his post to the vice mayor.

Ultimately, the Supreme Court will decide who will replace a “President” Marcos Jr. should the Philippines ever come to a scenario wherein he’s disqualified after the elections. – Rappler.com