In 1972, the Philippines entered what would be a long, terrible decade of military rule under the dictatorship of Ferdinand Marcos.

That dark chapter of history saw the country's coffers plundered, the economy in shambles, and citizens subjected to horrific human rights abuses. Tens of thousands of people faced various forms of torture, political dissidents were imprisoned, and at least 3,240 were killed from 1972 to 1981. (READ: #NeverAgain: Martial Law stories young people need to hear)

Some of those who suffered under the Marcos regime were young, brave leaders who were at the forefront of the anti-dictatorship movement. Many of these idealistic student activists never made it past their 40s.

On the 45th anniversary of the declaration of martial law, Rappler looks back at 7 promising youth leaders whose lives were cut short under the Marcos regime. 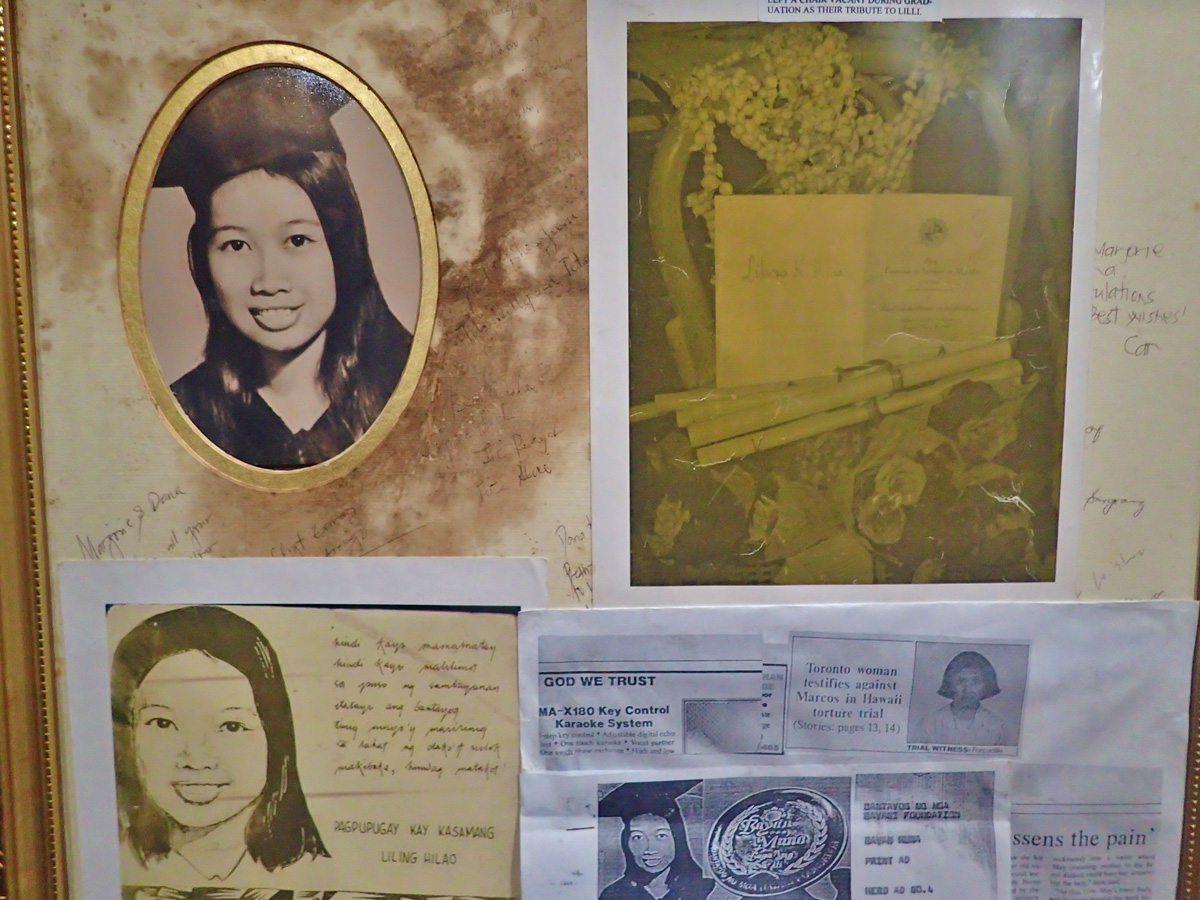 LILIOSA HILAO. Her photos can be found at the Bantayog'u0080u0099s Hall of Remembrance. She was tortured and abused after she wrote articles critical of the Marcos regime.

Liliosa Hilao – Lilli to her friends – entered college at the time when student activism was at its height. But because she had asthma and allergies, Hilao couldn't join rallies on the streets. Instead, the communication arts student of the Pamantasan ng Lungsod ng Maynila (PLM) used her gift of writing to express her strong sentiments against the Marcos dictatorship.

Hilao wrote for the student newspaper, penning critical essays with titles like "The Vietnamization of the Philippines" and "Democracy is Dead in the Philippines under Martial Law." She was also a member of different student organizations and an active student leader.

In April 1973, drunken soldiers from the Constabulary Anti-Narcotics Unit barged into the Hilao family home, looking for Lilli's brother. But when she demanded to see an arrest warrant, the soldiers beat her up and took her away to Camp Crame. A brother-in-law was able to see her at the detention center, where Hilao told him she had been tortured. The next day, she was dead.

According to the official report, Hilao died by suicide after drinking muriatic acid. But her body showed unmistakable signs that she had been tortured: there were cigarette burns on her lips, bruises on her body, injection marks on her arms. Her sister said Lilli's internal organs were removed to cover signs of torture and possible sexual abuse.

At 23, Hilao was the first female and student activist to die in detention during Martial Law. 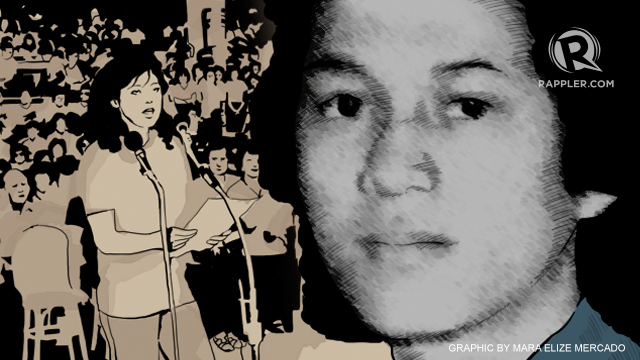 DANGEROUS QUESTION. Archimedes Trajano was killed for asking presidential daughter Imee Marcos why she was the national chairperson of the Kabataang Barangay.

At a time when freedom of speech was curtailed and dissent stamped out, a simple question was dangerous. For 21-year-old Archimedes Trajano, that one question which annoyed the presidential daughter cost him his life.

In August 1977, Trajano, then a student of the Mapua Institute of Technology, stood up during an open forum where Imee Marcos was speaking, and asked why she was the National Chairperson of the Kabataang Barangay.

Witnesses said Trajano was seen forcibly taken from the venue by Imee's bodyguards, and was tortured for 12 to 36 hours and thrown out of a second floor window. His bloodied body was found on the streets of Manila on September 2, 1977. 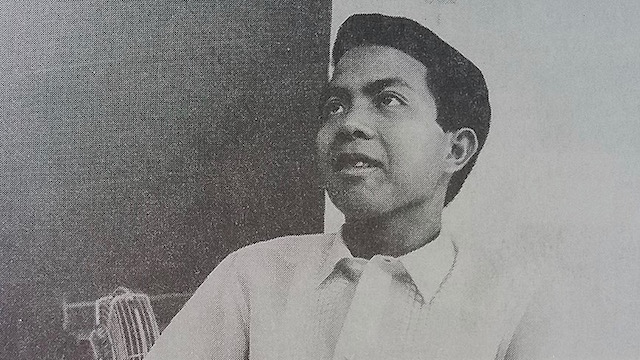 STUDENT LEADER. Edgar Jopson was well known for his active role in the student movement.

Edgardo Gil "Edjop" Jopson took a different path when he graduated from Ateneo de Manila University with a degree in Management Engineering. Coming from a middle-class background, Jopson went from being a moderate student activist to going underground as a member of the Communist Party of the Philippines (CPP).

Even before the Martial Law days, Jopson was active in the student movement, becoming president of the National Union of Students of the Philippines. One of the most memorable anecdotes of the time involved Jopson and other student leaders going to Malacañang for a dialogue with Marcos in 1970, and insisting the president sign a written pledge not to run for a third term of office. Marcos retorted that he would not agree to a demand from a mere "grocer's son."

After graduation, Jopson took up law at the University of the Philippines but abandoned it, choosing to work with the labor movement. Despite his moderate leanings, he was accepted into the CPP, later becoming a ranking leader of the revolutionary movement.

In 1979, Jopson was arrested and tortured while under interrogation, but he was able to escape after 10 days. In September 1982, the military captured Jopson in a raid in Davao City. After he refused to cooperate during the interrogations, Jopson was executed the following day. He was 34 years old. 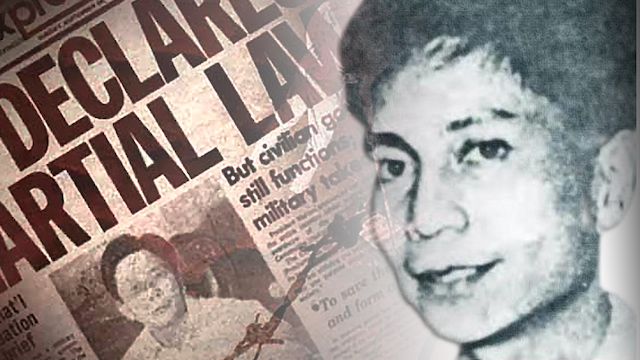 DOCTOR. Juan Escandor was a medical doctor who went underground to join the armed struggle.

Juan Escandor was a medical doctor who left a promising career as a cancer specialist and radiologist to join the armed struggle.

While practicing medicine, Escandor was also involved in nationalist causes, becoming a founding member of leftist student organization Kabataang Makabayan. When martial law was declared, Escandor went underground and became known as the "NPA doctor," serving in the rural areas in Cagayan Valley.

In 1983, Escandor was killed in an encounter with constabulary troopers in Quezon City. But the circumstances of his death were unclear. While authorities said Escandor died in a gun fight, an autopsy later revealed signs of severe torture on Escandor's body: his brain had been removed and stuffed inside his stomach cavity. Trash, rags, and plastic bags were shoved inside his skull. His body also bore contusions. He was 41 when he died. 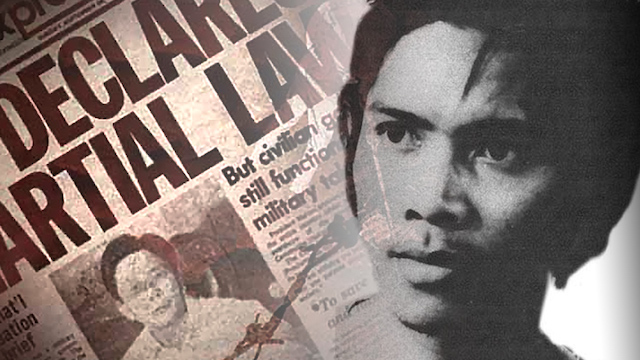 Emmanuel "Eman" Lacaba was an award-winning poet, essayist, and dramatist. A consistent honor student from grade school to high school, he went on to the Ateneo de Manila University on a full scholarship, taking up AB Humanities.

He later taught at the University of the Philippines, wrote plays and studied martial arts, helped out in film productions, and wrote the lyrics of the theme song of the Lino Brocka film Tinimbang Ka Ngunit Kulang.

Lacaba began taking part in political actions during the First Quarter Storm of 1970, and later became active in the labor movement. In 1974, he went to Mindanao to join the New People's Army.

In March 1976, while at a peasant hut in Davao del Norte, soldiers opened fire, killing all but Lacaba and a pregnant comrade. He was later summarily executed at the age of 27. After Lacaba's death, collections of his writing were published posthumously in 1986 and 1992.

Ishmael "Jun" Quimpo Jr was only 13 when the First Quarter Storm exposed him to the student demonstrations at the time, prompting him to participate. He was a talented college dropout who chose to get involved in community organizing and to work for the poor.

When Martial Law was declared, Quimpo – then a freshman at the University of the Philippines Diliman – joined the youth committee of the Consultative Committee on Student Affairs, an alternative to the student councils banned at the time. But his interest continued to be in community work. His first experience of an urban poor community was at Constitution Hills in Quezon City, now the site of the House of Representatives.

It was also through music that Quimpo expressed his sentiments, playing protest songs on his guitar and inspiring people.

After Quimpo was arrested for 10 days in 1976, he decided to go underground, organizing farmers as a cadre of the New People's Army for 5 years.

In December 1981, Quimpo died at the young age of 24, shot from the back by a former comrade who was working with the military. 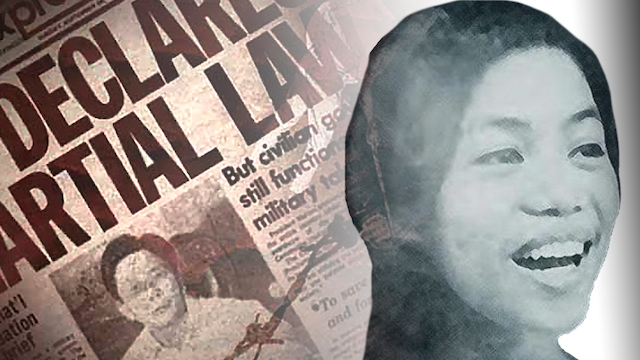 A gifted writer who made a name for herself with her poetry and essays, Maria Lorena "Lorie" Barros was a talented student taking up anthropology at the University of the Philippines.

By the end of the 1960s, Barros joined the activist movement, later becoming a co-founder of the Malayang Kilusan ng Bagong Kababaihan (Makibaka), which aimed to improve the masses' economic conditions and promote women's rights.

With the suspension of the writ of habeas corpus, Barros was charged with subversion. She went underground, got married, and had a son.

In November 1973, Barros was arrested in Bicol and brought to Camp Vicente Lim in Laguna. She was then transferred to Fort Bonifacio's Ipil Rehabilitation Center, but she managed to escape a year later along with 3 other political prisoners.

In March 1976, Barros was killed in an armed encounter with constabulary soldiers in Quezon. She was 28 years old. – Rappler.com

Editor's Note: In an earlier version of this story, Lean Alejandro was listed as among those killed during the Martial Law years. While he was a youth leader during the Marcos years, he was killed in 1987, a year after the People Power Revolution that overthrew Marcos.