Past attempts at a national ID system: A battleground of privacy, executive power 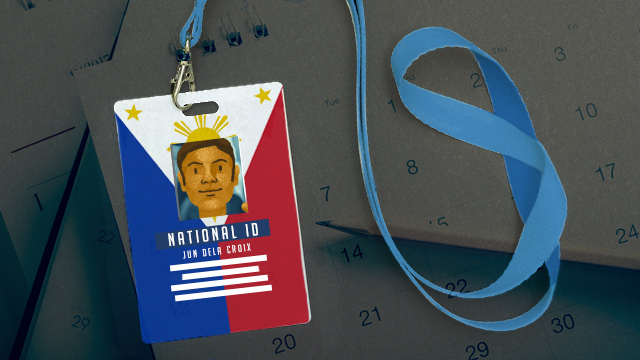 MANILA, Philippines – Previous presidents and Congresses have attempted to implement some form of a national ID system, but such attempts have been met with budget issues, legal troubles, and poor public support.

The system has also been the center of debate concerning privacy and data security. (READ: What you need to know about the proposed national ID system)

In a paper published by the Foundation for Media Alternatives (FMA), proponents often cited less friction in the availment of government goods and services, greater economic and social inclusion of previously undocumented citizens, and greater ability of the government to respond to public safety and terrorism issues.

Those against the national ID system, meanwhile, cite the potential abuses of power a database of personal information might facilitate: the availability of information gives the government more tools for discrimination, state oppression, and surveillance.

A majority of administrations, beginning in the Marcos era, have looked favorably on a national ID system. Each attempt, however, has ultimately ended in failure, and most with little to show.

Here is a rundown of all noteworthy attempts to implement a national ID system:

How its implementation was attempted: Former president Ferdinand Marcos, one year into Martial Law in 1973, signed Presidential Decree No. 278, which mandates the creation of a "national reference card system".

Why they tried to implement it: The decree cited insurance of national security, the increased ease of conducting transactions requiring government ID, and the need to consolidate all distinct ID systems.

What came out of it: Marcos in 1980 released Executive Order 630 which established a national identification system committee to work on how to properly implement PD 278.

How its implementation was attempted: Former President Fidel V. Ramos signed Administrative Order No. 308 in December 1996, mandating the creation of a computerized national ID system.

Why they tried to implement it: It cited the need to increase the ease of availing basic services, social security, and other government provisions. It also indicated how a national ID system would be able to reduce the number of fraudulent transactions by people abusing government services.

What were the key points: Perhaps recognizing the times, Administrative Order (AO) No. 308 specifically called for a national ID system that was to be computerized, with biometric data as part of the information collected.

A new ID number, called the Population Reference Number, was also to be generated by the National Statistics Office (now under the Philippine Statistics Authority). Beyond this, scarce details were provided in AO No. 308 on the particulars of the mandated national ID system. Instead, the administrative order called for the creation of an inter-agency committee, to which the responsibility of devising the guidelines and details of the system was deferred.

What came out of it: After the order was signed by Ramos, a petition was filed with the Supreme Court by then senator Blas Ople, contending that the administrative order violated the right to privacy enshrined in the 1987 Philippine Constitution and that the creation of a national ID system required a legislative act.

The High Court ruled in favor of the petition in July 1998.

Penning the majority decision, then associate justice Reynato Puno agreed that the provisions of the order were beyond the powers of the executive branch so that legislation was needed. Puno also affirmed that the national ID system, as described in the order, encroached on privacy rights protected by the Constitution and Bill of Rights.

Thus, even if the provisions of AO 308 fell within the purview of executive powers, the government needed to show both that there existed compelling state interest for the order, and that its implementation was narrowly defined in addressing the said interest. Puno argued the national ID system, as outlined in the order, severely failed to achieve the latter, opening up the possibility of abuses of power against constitutional rights.

How its implementation was attempted: Former president Gloria Macapagal Arroyo signed Executive Order No. 420 in April 2005, calling for all government services to consolidate their identification systems.

Why they tried to implement it: The order cited the high costs of redundant ID systems in government, and the inconvenience it imposed on individuals. It also pointed to greater ease in conducting private business, the increased accountability and reliability of government services, and the ability to thwart law violations related to false identities.

While not expressly stated in the executive order, many government officials at the time also cited the threat of terrorism as an important consideration.

What were the key points: The executive order limited the information gathered to 14 types of information, of which the first 5 that were enumerated and the individual’s fingerprints were to appear on the unified ID card.

EO 420 did not mandate the inclusion of all Filipino citizens in the new ID system: only those already in possession of an ID card of any sort were to be affected.

The executive order outlined several guidelines meant to safeguard the privacy rights of individuals; of these, the most significant were the provisions that only the 14 types of information collected were to be stored by the government, and that all data was strictly confidential.

What came out of it: The Arroyo administration implemented EO No. 420 through its creation of the Unified Multi-Purpose ID system in 2010.

UMID is a currently accepted ID system available to members of SSS, GSIS, PhilHealth, and the Pag-IBIG fund. However, as Senator Ping Lacson noted in his sponsorship speech for a national ID system bill waiting for President Rodrigo Duterte's signature, less than 20% of the population is currently enrolled in the program.

As opposed to AO No. 308, SC Associate Justice Antonio Carpio argued that the executive order was not a usurpation of legislative power because it did not require the appropriation of funds. Its provisions only affected executive agencies and those already in possession of some form of ID, and the data collected did not extend beyond what was routinely sought.

He pointed out that the order was ultimately a standardization of executive ID systems, and not a true national ID system. Carpio also did not believe that the executive order violated any privacy rights, arguing that the 14 kinds of information to be collected were routine, and were even a reduction when compared to other government ID systems. – Rappler.com