Who is Ruben Feliciano, the controversial Cebu businessman and politician? 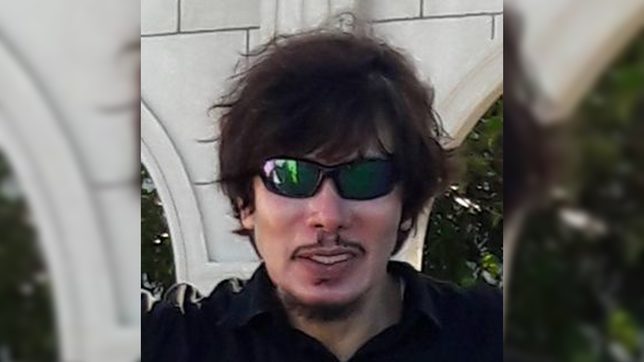 Controversial businessman and politician Ruben Feliciano became Cebu City’s first high-profile fatality of 2021 when he was shot dead by still unknown assailants on the first night of the new year.

Feliciano was with his nephew, Kit, when he was attacked. The nephew survived but Feliciano died on the spot.

His death has caused a buzz in Cebu, where he lost a mayoral bid in 2019.

Feliciano came under the spotlight when he challenged the reelection bid of San Fernando Mayor Lakambini “Neneth” Reluya in 2019. He was suspected of involvement in the ambush on the mayor and her husband Ricardo “Nonoy” Reluya months before the May 2019 elections. Mayor Reluya survived the attack but her husband did not.

Feliciano was also suspected of involvement in a string of killings and attempted killings against the Reluyas’ allies, mostly due to his public threats against them.

A Facebook profile bearing his name was documented spreading an alleged kill list that bore the name of local officials who were later killed. In an interview with Rappler in 2019, he denied ordering the ambushes and owning the profile, but admitted to threatening his opponents and branding them as “narco politicians.” He said it was his way of supporting President Rodrigo Duterte’s drug war.

“I will kill you,” Feliciano recalled warning the politicians – echoing Duterte’s threats to drug users and pushers.

In February 2019, Cebu police invited Feliciano for questioning as they looked into politics as a possible motive behind the ambush on Mayor Reluya and her husband.

Lakambini was injured, while 3 of her companions, including her husband, Ricardo, died when unidentified gunmen opened fire on their vehicle in Barangay Linao, Talisay City, in January 2019. Feliciano denied any involvement.

Less than a week before Ricardo was killed, he showed local reporters screenshots of threatening Facebook comments allegedly posted by a Facebook profile named Ruben O. Feliciano, which Feliciano disowned before the police.

“I’m here because I want to clear my name because I have nothing to do with that incident. My conscience is clear so there is nothing to be afraid of,” he was quoted as saying to police then.

Feliciano was eventually cleared of involvement in the crime.

Feliciano’s fight with the Reluyas had been extensively covered by local news outlets.

In 2018, Feliciano and Mayor Reluya fought over an international port that Feliciano wanted to build in the coastal barangay of Sangat in San Fernando.

The project aimed to reclaim 23 hectares of seawater, costing an estimated P12 billion. This has not been completed as Reluya and other coastal development agencies blocked the project.

Reluya issued an executive order against the project, citing the lack of requirements such as Feliciano’s response to complaints from fisherfolk in the area.

Feliciano fought back by suing the mayor and her husband before the regional Office of the Ombudsman.

Feliciano also got in trouble because of his election supporters.

In May 2019, the military arrested 4 of his supporters for allegedly firing at their outpost.

An aspiring town councilor at the time, Joy Resogento accused Feliciano of bringing armed men into their territory to harass them.  Feliciano denied this and alleged that he was threatened with an ambush in the area but Resogento dismissed the claim as absurd.

Little was heard of Feliciano following his mayoral defeat in 2019, as he pursued business more than politics.

Feliciano adds to a list of hundreds of unsolved killings in Cebu City since Duterte assumed office.

Many of these killings – at least 320 – occurred under the watch of former Central Visayas police chief General Debold Sinas, who is now the chief of the Philippine National Police. – Rappler.com