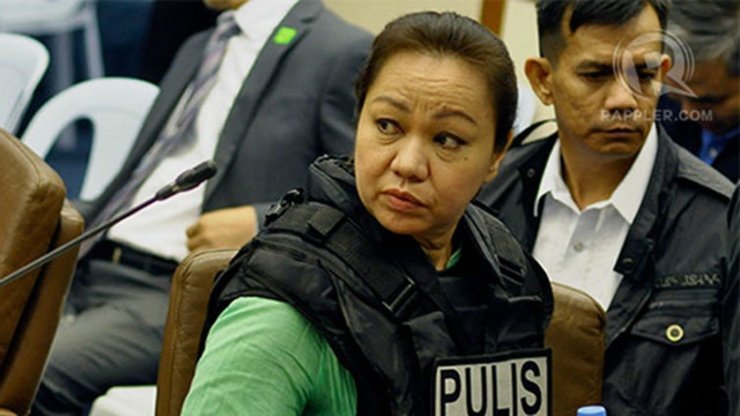 In April 2014, a Makati court sentenced Napoles to reclusion perpetua or a jail term of up to 40 years after she was found guilty of detaining Luy from December 2012 to March 2013, after discovering that Luy was also tapping into lawmakers' pork barrel funds through fake non-governmental organizations.

Luy had been moved from one place to another, with the Napoles camp claiming Luy was isolated from family and friends because he was undergoing a spiritual retreat. He was eventually rescued by members of the National Bureau of Investigation (NBI) in March 2013.

On Wednesday, Calida said that the court erred in convicting Napoles. The reasons he cited during the press conference were also some of the same arguments raised by Napoles' camp during the 2013 hearings on Luy's alleged detention. (READ: SolGen: There's no deal with Napoles)

These were some of the points Calida raised, along with the prosecution's response, the Makati court's rulings, and witness testimony as cited in news reports.

"Benhur was not actually restrained inside the retreat house. According to witnesses, he acted like any other normal person who would undergo a retreat. He would read the Bible, he would jot notes, he participated in the Mass and other things that somebody who undergoes retreats should do."

Father Peter Lavin of the Alagad ni Maria Seminary in Antipolo City was presented by the defense (Napoles camp) as a witness during an October 2013 hearing. The priest said he offered to be Luy's spiritual advisor, and that Luy was supposed to undergo a "spiritual retreat" in Antipolo upon the request of Napoles' brother, Reynald "Jojo" Lim.

“There was a time I said hello to him while he was praying in the garden. There was one occasion when I saw him in the chapel with a Bible and taking down notes,” Lavin said.

But the Makati court, in its 2014 order denying Napoles' motion for reconsideration in the case, said that Luy's apparent freedom of movement while at the Magallanes house did not "negate the presence of the element of actual deprivation of Benhur's liberty."

"Although, it appears that Benhur was allowed to move during his detention at Bahay ni San Jose in Magallanes, Makati City, like reading the Bible in the chapel which served as his room, jotting down notes, writing letters, talking to his family by cell phone with prior permission from Jojo Lim, confessing his ordeal and detention to Monsignor Ramirez, exposing the illegal transactions of his cousin Janet and exchanging greetings with Father Lavin, these circumstances do not in any way negate the presence of the element of actual deprivation of Benhur's liberty,"  Makati RTC Branch 150 Presiding Judge Elmo Alameda said. 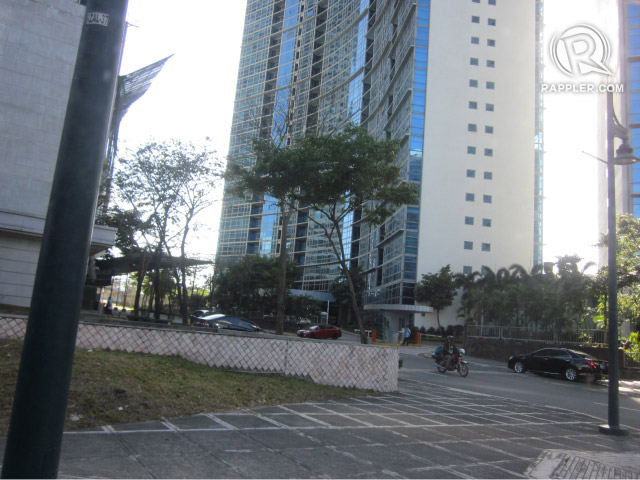 LUY'S DETENTION. Whistleblower Benhur Luy was allegedly held at the Pacific Plaza Tower, Global City, Taguig, one of several places he was detained.

"During the period of his alleged detention, Benhur Luy was able to see his family 3 times. One in December 24, 2012 at the Heritage Memorial Park, January 9, 2013 and February 23, 2013 at the Pacific Plaza Towers in Taguig City. And in none of these instances did he intimate to any one of them that he was being detained or kidnapped by the appellant."

In his own testimony, Luy said that while he was allowed to speak to his family, the calls were made under Lim's supervision. He was also instructed to lie about his whereabouts. Luy said he did not try to escape from Napoles and Lim because of his family. (READ: Last hearing: Benhur spills out new details of detention)

He told the court that Lim had shown him a photo of his mother Gertrudes, and was asked: "Mahal mo mama mo diba?" (You love your mother, right?)

Luy also said he wrote at least 2 letters while in detention, slipping one letter into his sister's back pocket. While his family said this was evidence that Luy was held against his will, the defense countered that the letters made no mention of him being detained. 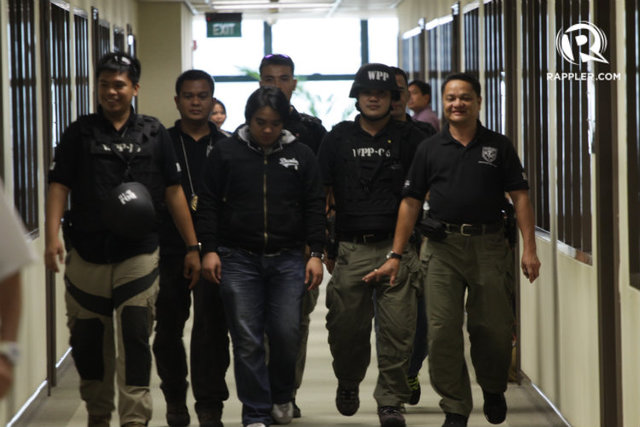 WHISTLEBLOWER. Benhur Luy claims he was held against his will because of his knowledge of the PDAF transactions.

"Most telling is the alleged rescue conducted on March 22, conducted at the South Garden Unit, Pacific Plaza. Benhur Luy refused to go with the agents of the NBI and he shouted and insisted that he had not been kidnapped by the accused Reynaldo Lim. It must be noted that the NBI agents came together with the members of Benhur's family."

Security guards from the condominium where Luy was allegedly held testified that they heard Luy defending Lim when NBI agents rescued him in March 2013.

He added that Luy insisted that he had not been kidnapped, telling NBI agents and his family, “Hindi naman ako kinidnap, ano ba naman kayo? (What’s wrong with you? I’m not being kidnapped).”

During the cross-examination, Prosecutor Christopher Garvida asked Masayon how he could have heard Luy through the noise and chaos during the rescue.

Masayon said he was standing about 4 feet away from Luy at the time. When asked if he heard what Luy's family and the NBI agents were saying, Masayon said he did not hear them.

“Is it possible that you heard Benhur say: 'Wala akong ginagawang masama, Kuya Jojo (I didn’t do anything wrong, Kuya Jojo),’” asked Garvida.

In his own testimony, Luy said he initially thought that the NBI agents were sent by "senators and mayors" to "dispatch" him. – Rappler.com