Facebook Twitter Copy URL
Copied
In November 2020, she was red-tagged in a tarpaulin by a group named 'Movement against Terrorism,' along with 32 other individuals from various progressive organizations in the Caraga region

After the “Bloody Sunday” operations that saw the death of 9 activists and the arrest of 6 others, another person from an indigenous peoples’ group was nabbed for questionable reasons.

It was 5:30 in the morning of March 21, 2021, in Barangay Lapasan, Cagayan De Oro. Renalyn Tejero, a 25-year-old Surigao-based activist, was arrested by the police – over charges that she was unaware of.

According to rights group Karapatan, Tejero was brought to a facility no one knew about except the police and stayed there until midday of March 21. Eventually, the group found her at the headquarters of PNP Caraga at Camp Colonel Rafael Rodriguez in Butuan City.

She was accused of murder and multiple attempted murder cases.

From Lumad student to rights worker

Tejero is a Lumad-Manobo and was a student of the Alternative Learning Center for Agricultural and Livelihood Development, Inc. (Alcadev), a place designed to provide secondary education to children from the Manobo, Higaonon, Banwaon, Talaandig, and Mamanwa tribes.

Upon graduating from Alcadev, she passed the Department of Education placement exam and pursued higher education. As a full scholarship recipient of Enfants du Mekong Foundation, a French charity that sponsors the education of disadvantaged children, she finished an undergraduate degree in Sociology at Caraga State University.

While at the university, she served as the chairwoman of Student Christian Movement of the Philippines (SCMP) and was elected as a senator of the university student council.

After her graduation, she devoted herself to humanitarian work as she became a paralegal officer of Karapatan in the Caraga region.

She also served as the spokesperson of the SCMP and the Promotion of Church People’s Response in her region.

As a paralegal officer, Tejeros devoted her time upholding the rights of the people. According to Assert Socio-Economic Initiatives Network (Ascent), a non-governmental organization, Tejeros tirelessly assisted two of their members when they were detained in Butuan City jail for trumped-up charges. In November 2020, she was red-tagged in a tarpaulin by a group named “Movement against Terrorism,” along with 32 other individuals from various progressive organizations in the Caraga region.

In a statement, Karapatan said the arrest of Tejero was meant to silence her. 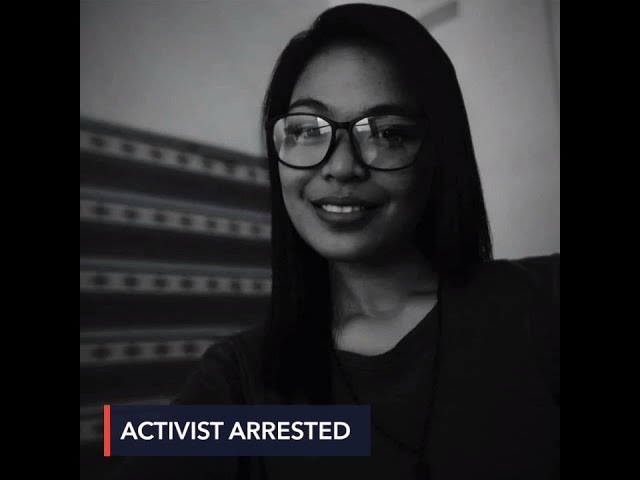 “Renalyn Tejero is a young, brave, and dedicated human rights worker — and for her work, she has faced various threats and red-tagging. She is not a criminal nor a terrorist, and there is no question that these charges against her are fabricated and are only obviously meant to threaten her, to silence her from continuing her human rights work,” Karapatan Secretary General Cristina Palabay said.

Palabay also reiterated that human rights work is not equivalent to terrorism.

“Defending people’s rights is neither a crime [nor] an act of terrorism — and these lies against us will not stop us from our work in the face of a regime that brazenly disregards and violates human rights,” she said. – Rappler.com