Mocha Uson supports Duterte: This is what she's talking about

MANILA, Philippines – Her Facebook post has been used by the followers of PDP-Laban presidential bet Rodrigo Duterte to stress the candidate's strength: a firm stand against criminality.

But what exactly is Mocha Uson, founder of the popular dance group Mocha Girls, talking about?

In a post on Friday, February 5, she explained why she and her group are so involved in campaigning for Duterte, who has made peace and order the centerpiece of his two-decade rule as Davao City mayor:

Before I became a full time entertainer, I went to med school here in Manila. I was a second year medical student when my father was murdered. He was an RTC Judge in Pangasinan, my hometown. He was killed in the line of duty in an ambush shooting. Several years later, still no justice for my father. Eto ang tanong ko sa aking sarili – kung ang aking sariling ama ay isa nang Government Official, isang JUDGE o huwes, ay hindi pa nabigyan ng hustisya paano pa kaya ang mga ordinaryong mamamayan? Can you just imagine what’s happening in our society? Kung mismong HUWES na NAGPAPATAW ng KATARUNGAN ay hindi nabigyan ng proteksyon at katarungan ng ating gobyerno paano na lamang ang ordinaryong tao? The main suspect in the murder of my father was a powerful POLITICIAN. Since my father's death at least 200 lawyers and judges were killed in the last 10 years in the country.

(Before I became a full time entertainer, I went to med school here in Manila. I was a second year medical student when my father was murdered. He was an RTC Judge in Pangasinan, my hometown. He was killed in the line of duty in an ambush shooting. Several years later, still no justice for my father. This is what I ask myself – if my own father who is a Government Official, a JUDGE, has not been given justice, how much for for ordinary citizens? Can you just imagine what’s happening in our society? If a JUDGE who DISPENSES JUSTICE could not be given protection and justice by our government, how much more for ordinary folks? The main suspect in the murder of my father was a powerful POLITICIAN. Since my father's death at least 200 lawyers and judges were killed in the last 10 years in the country.)

(PLEASE HAVE MERCY. Wake up! The continuous rise of crime in our country is now a concern for all. Will we have to wait for something bad to happen to our loved ones before we come to our senses? We need a TOUGH and STRONG PRESIDENT. WE NEED AN IRON HAND IN DEALING WITH CRIMINALS IN THIS COUNTRY. We need a president who is BRAVE AND WHO HAS GENUINE CONCERN FOR OUR COUNTRY and that is none other than DUTERTE!)

Who was Mocha Uson's father? He was Judge Oscar Uson, who was assigned to the local court in Tayug, a 3rd-class municipality in Pangasinan. He was one of judges whose murder was cited in a Newsbreak investigative report in December 2007.

Previously published reports said Uson was assassinated in 2002 by 4 hit men while heading home from work in Asingan town. He was reportedly hit thrice – twice in the chest and one below his left ear. The 56-year-old judge was said to have been receiving death threats which prompted him to carry a gun instead of hiring a bodyguard.

Appeals by family members to then president Gloria Macapagal Arroyo to bring his attackers to justice yielded nothing.

In the report "A Cry for Justice," Aries Rufo wrote about the rise in the number of trial court judges killed due to the decisions they handed. In 2007, "at least 14 deaths" were recorded among judges.

In some cases, the masterminds were powerful and influential enough that the police would rather look the other way, complains the family of Tayug Judge Oscar Uson in Pangasinan.

In Dagupan City where we traced them, Uson's family insists he was killed by two bodyguards of a mayor. This, after the judge scolded in full court a lawyer who was close to the mayor.

His younger brother, Rizalino Uson, says Pangasinense police reported facing a blank wall on the case, although they could easily establish the motive. Their only consolation was that their main suspect has died.

Diocos admits that the police force does not only lack the resources but investigative skills as well. He says this is now being addressed with law enforcers getting refresher investigative courses like backtracking or profiling of victims.

Amid all these efforts, however, there is no denying that justice continues to be denied the slain judges.

Regional Trial Court Branch 84 Presiding Judge Wilfredo Nieves in Malolos, Bulacan, was killed in November 2015. He was remembered for having sentenced to 30 years in prison Raymond Dominguez, a suspected leader of the Dominguez car theft gang operating in Metro Manila and Central Luzon.

This year, as the season for choosing the country's next leader heats up, Mocha Uson – a victim's daughter who just happens to be a celebrity – hopes to make addressing criminality a campaign issue. – Rappler.com 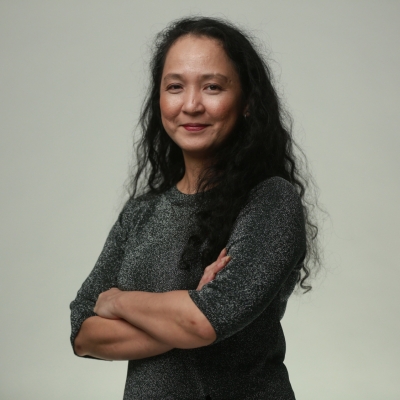