Newsbreak Chats: Duterte’s China policy is setting the Philippines up for failure 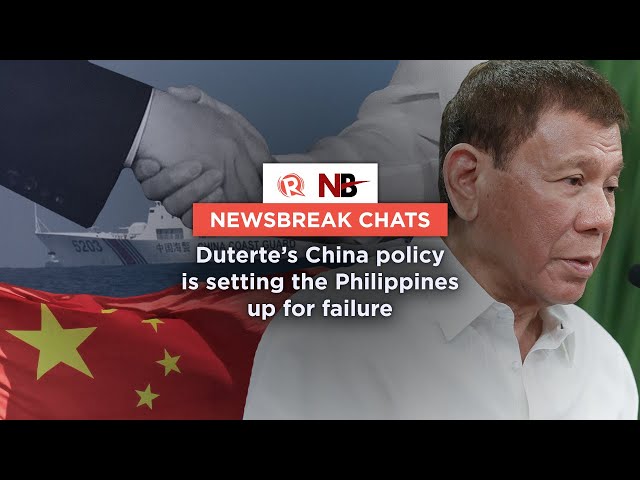 Bookmark this page to catch the discussion on Thursday, May 27, at 4 pm.

President Rodrigo Duterte’s defeatist remarks are not helping the Philippines’ position in its tension with China over the West Philippine Sea.

Duterte has repeatedly claimed that China is in possession of the sea. He also dismissed the historic 2016 Hague ruling, which gave the Philippines a legal victory against China’s claims to its waters, as something useless he could toss it into the trash.

On Thursday, May 27,  the Newsbreak team will discuss the long-term effect of Duterte’s heavily-criticized policy on dealing with China and its encroachment into Philippine waters, and why the President’s stance is failing Filipinos.

Join us on Thursday afternoon for the discussion. Let us know in the comments below or tag us on Twitter (@newsbreakph) if you have any questions! – Rappler.com

Watch other Newsbreak Chats episode in 2021: