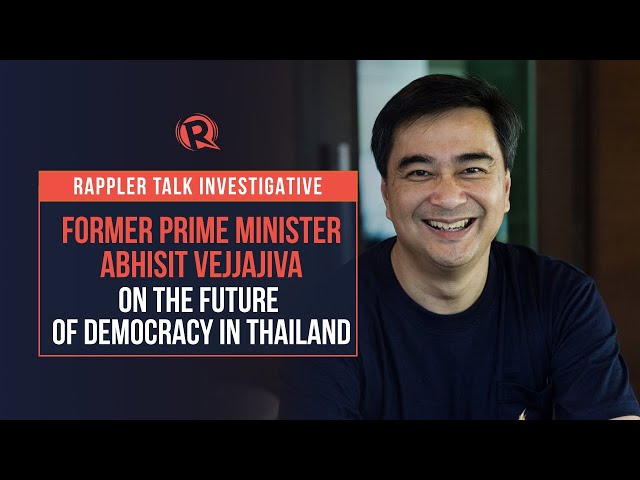 Bookmark this page to watch the interview on 7 pm Monday, November 9!

Thailand is facing a growing pro-democracy movement which demands for reforms, including in the monarchy that has yielded powerful influence in society.

The protests, which have been going on for months now, are led by students and members of the youth sector. Many have been arrested, but thousands remain steadfast.

On Monday, November 9, Rappler editor-at-large Marites Vitug speaks to former prime minister Abhisit Vejjajiva on what the recent pro-democracy movements mean to the future of Thailand and the role of the youth in calling for reforms.

He was also the long-time leader of the Democrat Party, Thailand’s oldest party, until he resigned in 2019 following the group’s decision to back Prayut Chan-o-cha as prime minister.

How will the pro-democracy movement end? Can both sides compromise?