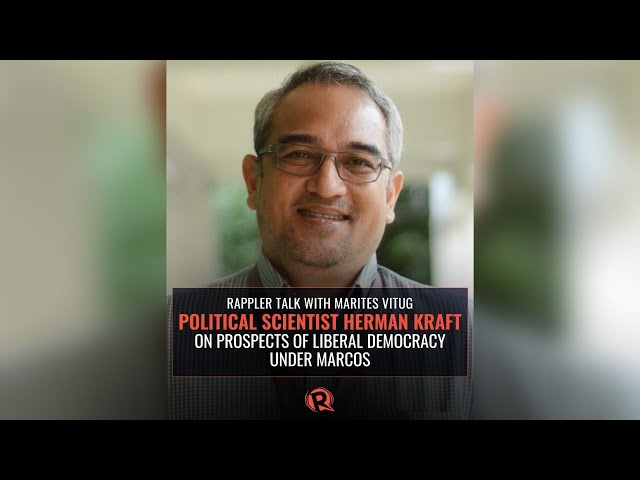 Facebook Twitter Copy URL
Copied
What will be the Philippines' standing in Southeast Asia under a Marcos presidency? Catch the discussion live on Thursday, June 9!

MANILA, Philippines – Thirty six years after the dictator Ferdinand Marcos was ousted from power and forced into exile, Filipinos overwhelmingly elected his son and namesake as the 17th president of the Philippines in the 2022 elections.

The return to Malacañang of the Marcos family triggered fears for the state of democracy in the country. Their father’s rule, after all, was marked by violence and attacks on dissent, which the family has yet to apologize for.

On Thursday, June 9, Rappler editor-at-large Marites Vitug speaks to political scientist Herman Kraft on the prospects of liberal democracy in the Philippines, as well as the country’s standing in Southeast Asia, under a Marcos presidency.

Kraft is a professor and the current chairperson of the University of the Philippines (UP) Diliman’s Department of Political Science. He is also a convenor of the Strategic Studies Program under UP’s Center for Integrated and Development Studies.

What paved the way for another Marcos president? In what ways did liberal democracy fail in the past decades? Catch the discussion live on Thursday! – Rappler.com