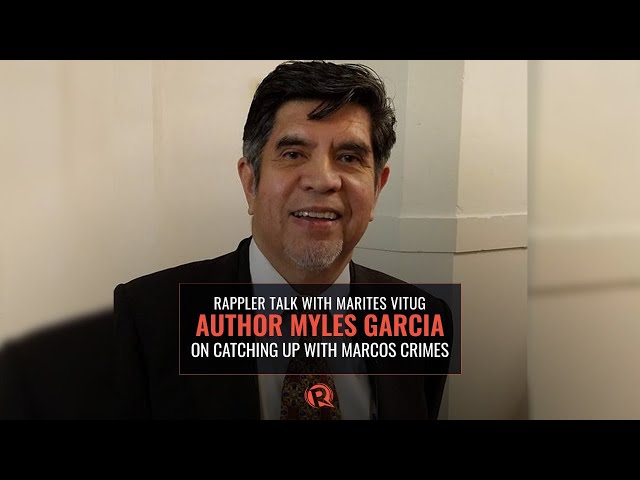 MANILA, Philippines – The Marcos family continues to rehabilitate their image decades after the widespread violence and corruption during Martial Law under the late dictator Ferdinand Marcos.

They have even made a political comeback in the national arena, with the dictator’s only son and namesake Ferdinand “Bongbong” Marcos Jr. running for president in the 2022 elections.

There are also persistent efforts to sow disinformation and spread propaganda.

On Thursday, February 10, Rappler editor-at-large Marites Vitug speaks to author Myles Garcia on the Marcos crimes, the myths surrounding the family, and the actions taken to hold them accountable.

Garcia wrote the book Thirty Years Later… Catching Up with the Marcos-Era Crimes, which tackles the Marcos family and their ill-gotten wealth. He is also a correspondent at the United States-based magazine Positively Filipino. – Rappler.com