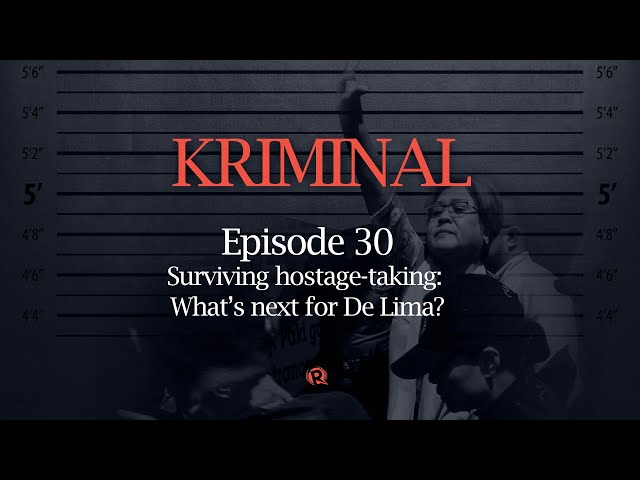 MANILA, Philippines – Former senator Leila de Lima has been in jail for over five years for alleged drug charges, which she calls “trumped up.”

But aside from being behind bars, one of her worst nightmares happened when she was held hostage inside the Philippine National Police Custodial Center.

The former lawmaker was held hostage by an alleged sub-leader of local terrorist group Abu Sayyaf, Feliciano Sulayao Jr., who barged into his cell Sunday morning, October 9. This occurred after guards foiled the attempt to escape of Sulayao and his companions, Idang Susukan and Arnel Cabintoy.

De Lima survived the hostage-taking, but was confined in the hospital until October 12. After the incident, information about facility transfer and furlough offers to De Lima were floated.