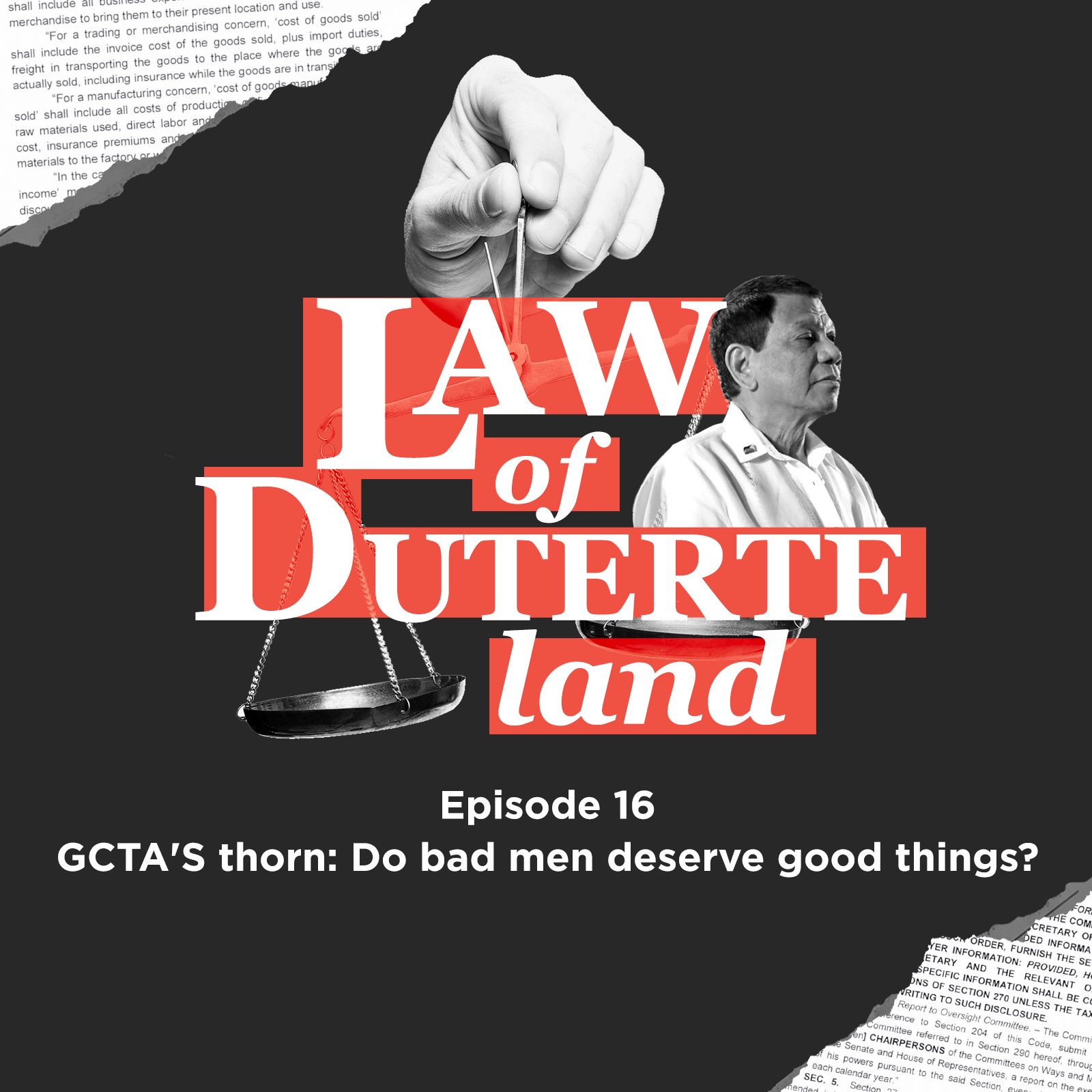 Republic Act 10592 is anchored on the principle of restorative or rehabilitative justice. It is based on the hope that the worst of men can change.

The theory is well-meaning. Good Conduct Time Allowance (GCTA) that grants a reduced sentence to deserving convicts has existed since the 1930 Revised Penal Code and credits were increased in 2013 via RA 10592.

It was supposed to be a prospective law – meaning applicable only to those convicted after the law was passed in 2013. But citing the principle of equal protection, the Supreme Court made the law retroactive and applicable to all.

Can Filipinos stomach the fact that someone like former Calauan mayor Antonio Sanchez, convicted rapist and murderer, would walk free after only 25 years?

In this episode, take a deep dive into RA 10592 and see how this law has had to adjust to the tide of public opinion that is unsympathetic to criminals.