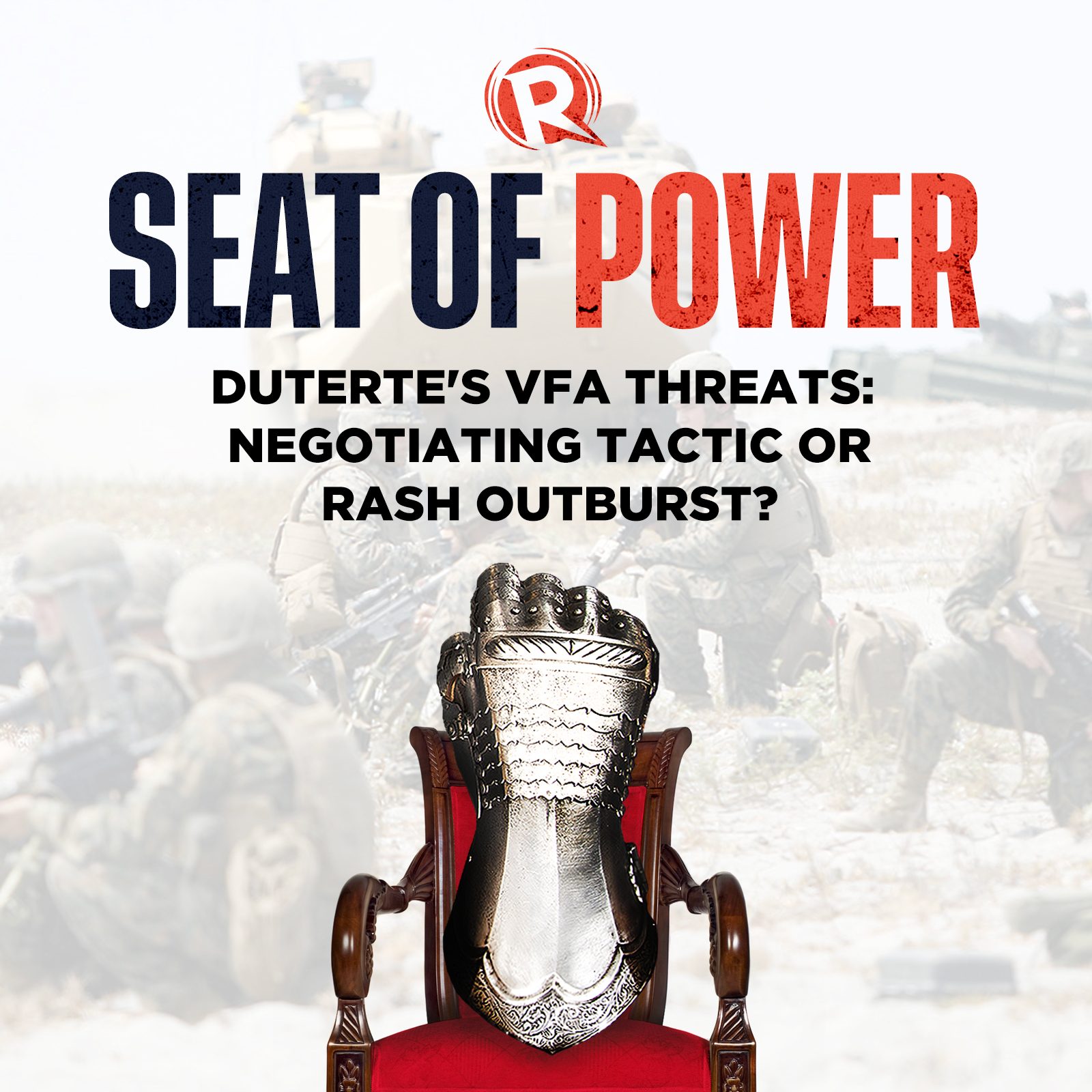 Facebook Twitter Copy URL
Copied
Is the Philippine leader trying to squeeze out more US aid for the good of Filipinos or is he just eager to settle a score?

In a span of two months, Philippine President Rodrigo Duterte has made two new demands to the United States: provide COVID-19 vaccines or “pay” in order to keep the Visiting Forces Agreement (VFA) alive.

He makes these public outbursts as American and Filipino diplomats and military officials buckle down for negotiations on the fate of the VFA, an agreement that facilitates the entry of US soldiers into the Philippines. The VFA is set to end on August 9 this year.

Rappler Malacañang reporter Pia Ranada does a deepdive into Duterte’s possible motivations for issuing such threats with political analyst Herman Kraft, chairman of the University of the Philippines’ political science department.

Kraft says Duterte’s antagonistic language has not been heard from a top Philippine official since the 1990s when there were moves against the controversial Military Bases Agreement, which allowed the US to operate military bases in the country.

“President Duterte’s geopolitics is a cold war geopolitics. His framing of things goes back to those days when I guess he was much more familiar or much more engaged either as a law student or a young politician in Davao…. It goes back to that kind of thinking that somehow the United States owes the Philippines something,” said Kraft.

He wonders if Duterte’s insistence to frame the VFA as a transactional relationship could backfire or be the wrong method to coax more assistance from the US, a world superpower who has for decades helped the struggling Philippine military.

That Duterte made these threats on the public stage instead of at the negotiating table, behind closed doors, means he was out to send signals. To whom? Is he using the VFA as leverage to extract as much benefits for Filipinos or are his rants designed to do one thing: weaken an age-old alliance because of a personal grudge? – Rappler.com