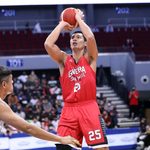 Tim Cone concerned after stunning Ginebra loss, but says not time to panic 52 mins ago Like Federer’s farewell, Djokovic wants biggest rivals at his swan song 1 hour ago 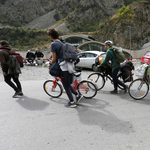 Who is Chel Diokno?

Facebook Twitter Copy URL
Copied
Jose Manuel Icasiano Diokno, popularly known as Chel (born on February 23, 1961 in Pasay City), is a human rights lawyer. He has been the chairperson of the Free Legal Assistance Group since 2003. He was the founding dean of the De La Salle University College of Law, serving from 2010 until 2019.

Diokno served as the presidential adviser on human rights at the Integrated Bar of the Philippines from 2017 until 2019. He was also a former member of the panel of arbitrators at the International Center for Settlement of Invesment Disputes, serving from 2015 until 2021. In 2001, he was general counsel at the Senate Blue Ribbon Committee, serving until 2004.

Diokno ran and lost in the senatorial race in the 2019 elections.

He is the son of former senator and human rights icon Jose “Ka Pepe” W. Diokno.