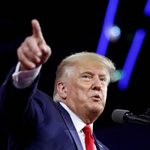 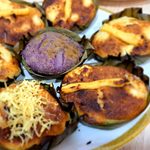 Who is Tito Sotto?

Facebook Twitter Copy URL
Copied
Vicente Castelo Sotto III (born on August 24, 1948 in Manila), popularly known as Tito Sotto, is a politician, actor, and composer. He is the president of the Senate of the Philippines, serving since 2018.

He was elected vice mayor of Quezon City in 1988 and served for one term before his election to the Senate in 1992. He has since served four terms as senator. He also was a chairman of the Dangerous Drugs Board under the administration of President Gloria Macapagal Arroyo.

Sotto is popularly known as part of the comedy trio Tito, Vic, and Joey, and as co-host of the long-running noontime TV program Eat Bulaga. His son, Gian Carlo, is the vice mayor of Quezon City, serving since 2019, while his daughter, Diorella Maria “Lala” Sotto, is a Quezon City councilor since 2013. His nephew Vico Sotto is the mayor of Pasig City since 2019, while another nephew, Viktor Eriko “Wahoo” Sotto, is a councilor of Parañaque City since 2013.