Did I disrespect the dead? 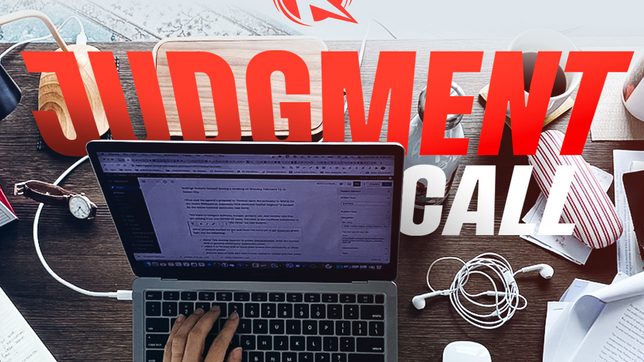 My name is Paterno Esmaquel II, and you can call me Pat. I’m as old as the EDSA Revolution we’re celebrating today, I’ve been a journalist for the past 12 years, and I am now the news editor of Rappler, directly supervising our Nation reporters and helping set the daily agenda in our news coverage.

Welcome again to Judgment Call, our weekly newsletter on the behind-the-scenes decisions we make in the Rappler newsroom. In case you missed it, feel free to read the introduction written by our executive editor Glenda Gloria last week.

This week, I’d like to share with you one of my most troubling experiences as a journalist – and it happened this February.

I’d be a hypocrite if I said I wasn’t bothered by the dozens of angry emails, comments, and tags on Facebook and Twitter – most of all a change.org petition signed by at least 8,200 people – directed at my story about the death of Brother Eli Soriano.

Brother Eli is a controversial Christian preacher in the Philippines, made popular by the way he explained the Bible and also launched tirades against other religions, including the Catholic Church. From relative obscurity in Pampanga province, Brother Eli rose to fame to the point that a Philippine TV giant, GMA-7, even spoofed his program Ang Dating Daan in the late 1990s.

I learned about Brother Eli’s death while I was scrolling my Twitter feed upon waking up around 5 am on February 12, a Friday, which was my day-off. Since I also cover religion for Rappler, I just knew I had to roll out of bed, open my laptop, and submit that news article to the morning editor. But I also knew, even before I typed the first letter, that this was the kind of story that could later leave me sleepless.

My story, titled “Controversial Christian leader Brother Eli Soriano dies,” was published at 7:50 am – then came the online outrage, then I knew my day-off was over before it even started.

The controversy began with my use of the word “controversial.” Why, critics asked, did I have to highlight controversies about a dead man? They also didn’t like the subhead or kicker of my story, saying Brother Eli “fled the Philippines as he faced a string of cases.” What, according to them, was my basis for saying he “fled” the country? Wasn’t it enough for me to say he “left” the Philippines for Brazil?

I’d like to let you in on the judgment call we made.

When I stumbled upon the announcement of Brother Eli’s death at 5 am, I saw that at least 3 other news organizations had already published their articles as early as 4 am – but there was something missing. They said nothing about his court cases. There was, as they call it in the academic world, a “gap in the literature” that had to be filled.

So I searched old news articles and, for the first time, even opened an account in the Supreme Court (SC) e-library. What I found was more than I expected: at least 6 SC records involving Brother Eli, including cases of libel and rape, which we cited. In a country where it takes years, sometimes decades, for a case to reach the SC, having this number of SC cases is already revealing. It meant there was even so much more about him in the lower courts. How can we not call him controversial?

On the other question posed by critics – why did I say Brother Eli “fled” the Philippines? – I am letting the SC speak. In a 2014 decision involving Brother Eli’s rape case, the SC said that “his flight to a foreign country manifests his intention to escape” from judicial processes. If we don’t want to believe the SC, then let us listen to Brother Eli’s church, Members Church of God International, which said on its website, “Due to religious persecution Brother Eli was forced to leave the Philippines in 2005.” There is no doubt, the word is “fled.”

Our story stood on solid ground because, first, it was factual; second, it was written without malice involved; and third, it was the kind of article that the news ecosystem of February 12 demanded.

Our critics, including at least two senior journalists, suggested that even if our story was factual, we should not have framed it that way out of “respect for the dead.” This comment left me restless: Did I really disrespect the dead? Not only as a journalist but also as a Catholic, did I commit a major transgression? I pondered this question for many hours, and it dawned on me: My job indeed is all about respect. And this is not only respect for the dead, but respect most of all for you, our readers, who deserve to know the truth.

I have to admit, though, that even today, two weeks after I wrote this story, I continue to question myself. Was there a better way to write the article? Could I have written it in a way that is able to expose the truth about Brother Eli without antagonizing the people who love him? Could I have been kinder, more charitable toward a dead man without compromising the sacred facts?

That’s the thing about journalism: we can be both sure and unsure, confident about our facts but always hounded by healthy doubts. This is the tension we journalists have chosen to embrace. And that thing about journalists always making foolproof, courageous decisions for the sake of the truth without any room for second thoughts? Oh, that’s just in the movies.

But then, like soldiers in battle, we have to trod on and make that judgment call.

This season of Lent, I decided to seek solace from Buddha, for a change.

Living Buddha, Living Christ, written by the Vietnamese Buddhist monk Thich Nhat Hanh, is a must-read for any Christian who wants to find things in common between Buddha and Christ – and in the process find a basis for harmony among different beliefs. “Our capacity to make peace with another person and with the world,” according to this Zen master, “depends very much with our capacity to make peace with ourselves.”

Ours, of course, is an imperfect world, as shown in the Rappler reports below. But we dare to hope!