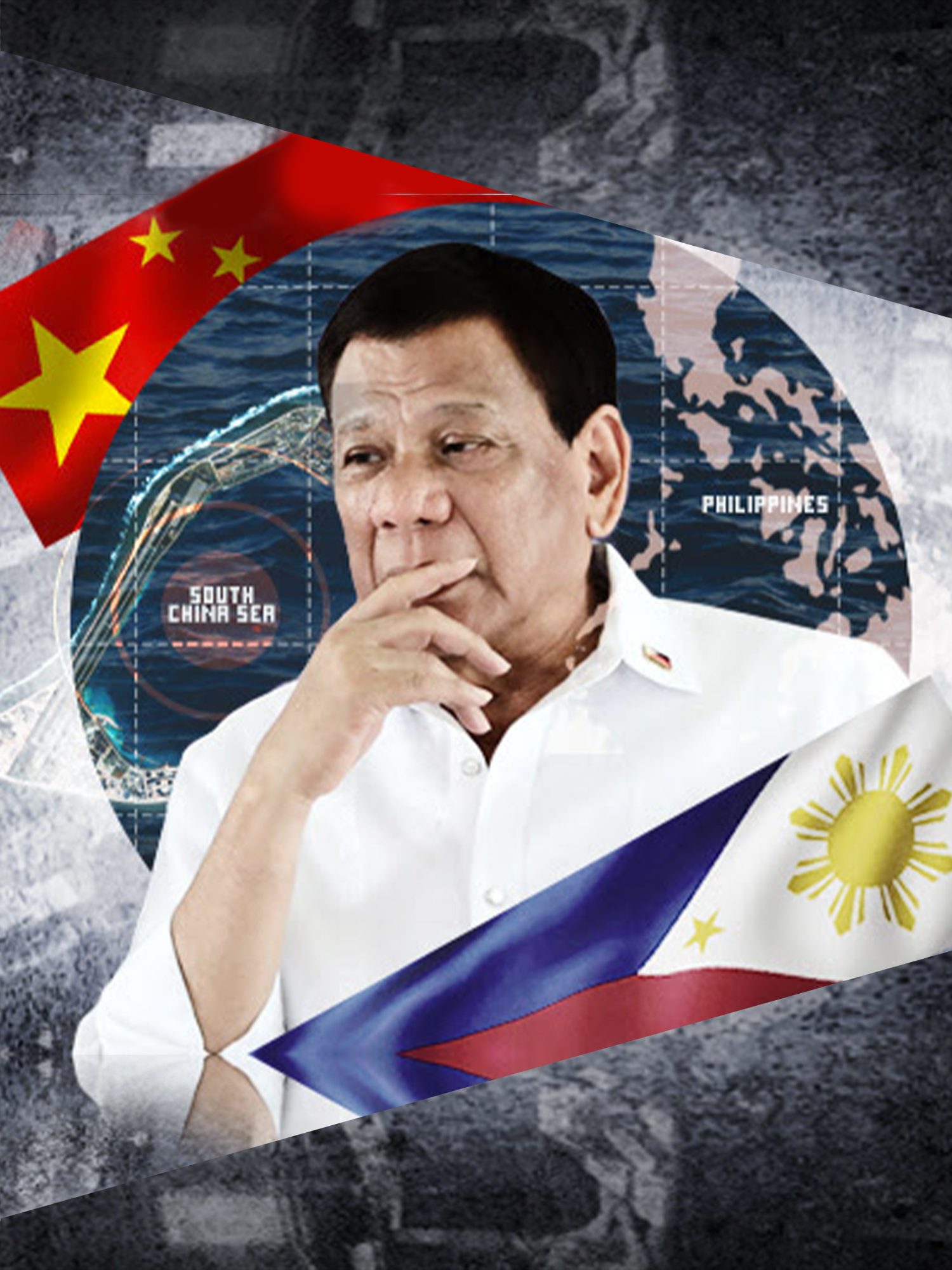 Facebook Twitter Copy URL
Copied
For all his closeness to China, he has not been able to prevent its vessels, hundreds of them, from swarming Julian Felipe Reef which is part of our waters.

Today, five years ago, the Philippines reaped a huge victory in its maritime case against China. The international arbitral tribunal in The Hague declared China’s expansive nine-dash line claim over the South China Sea illegal – three years after the Philippines filed the case.

Hardly did we celebrate that historic day. Everything seemed so muted, the tone set by the somber remarks of then Foreign Secretary Perfecto Yasay. In the press room of the Department of Foreign Affairs, where journalists gathered, he called for “restraint and sobriety,” read a statement in three minutes and hurriedly left.

“Without any other context, you might have thought he was delivering a eulogy,” a columnist for CNBC wrote then.

Elsewhere in the world, in the international law community, the Philippines v. China case was a hot topic, a milestone that generated an ocean of buzz. “July 12, 2016 is a date that will remain etched in the history of international adjudication,” Laurence Boisson de Chazournes, professor of the faculty of law in the University of Geneva said. “The Award is an undeniable judicial victory for the Philippines.” More accolades poured in from international law academics and advocates.

In London, one of the Philippine counsels, Philippe Sands, put it in perspective. “This is the most significant international legal case for almost the past 20 years since the Pinochet judgment,” he told The Guardian.

Japan, for its part, had been openly supportive of the Philippines’ legal move. The words from Ambassador Shingo Yamagami of the Japan Institute of International Affairs, a think tank, were effusive. He said in a speech in Manila: “This ruling is going to be the litmus test of the rule of law in East Asia…We do not want to see bullying, we do not want to see a world where only might prevails…You might feel lonely standing at the frontline, but you are not alone.”

In Southeast Asia, Singapore Prime Minister Lee Hsien Loong said, in a reply to a question: “The ruling of the tribunal has made a strong statement on what the international law is…It is an impartial, objective, peaceful way of resolving issues.”

Results of pivot to China

Five years later, the ruling has largely been relegated to the fringes by President Rodrigo Duterte, not using it as leverage in dealing with China. He has undermined it, calling the ruling a piece of paper fit for the bin. Instead, Duterte appeased the bully in all manner.

For all his closeness to China, he has not been able to prevent its vessels, hundreds of them, from swarming Julian Felipe Reef which is part of our waters.

When he announced his pivot to China in 2016, Duterte said this was driven by economic reasons. The Philippines would stand to benefit from trade, investments, aid and loans from the world’s second largest economy. The Duterte administration, after a visit to Beijing in 2016, claimed to have bagged $24 billion in Chinese pledges of aid and investments.

These commitments have turned out to be a big hype, adding up to close to two billion US dollars only. Let’s take a look at major Chinese projects under Duterte.

As for grants, China gave $56.5 million for the Binondo-Intramuros Bridge and Estrella-Pantaleon Bridge, which are almost completed.

The sole major Chinese investment that has gotten off the ground is Dito Telecommunity, with $860 million in initial foreign direct investment as part of a broader consortium.

A report by Bloomberg, citing data from the National Economic and Development Authority, said that China originally agreed to provide $9 billion in soft loans. But, as of 2019, Beijing’s loans and grants to the Philippines stood at $590 million.

China committed $15 billion worth of direct investments, Bloomberg reported, but approved investments totaled $3.2 billion from 2016 to 2020, citing data from the Philippine Statistics Authority.

When it comes to aid, Japan remains to be our country’s biggest donor.

And, more recently, despite Duterte’s fervent acquiescence to China, the Philippines was among the last countries in Southeast Asia to receive Sinovac vaccines. A former ranking government official told me that all this shows that China does not give much importance to Duterte because he does their bidding, anyway. He’s in their pocket, so to speak.

That gave me pause – but it does make sense.