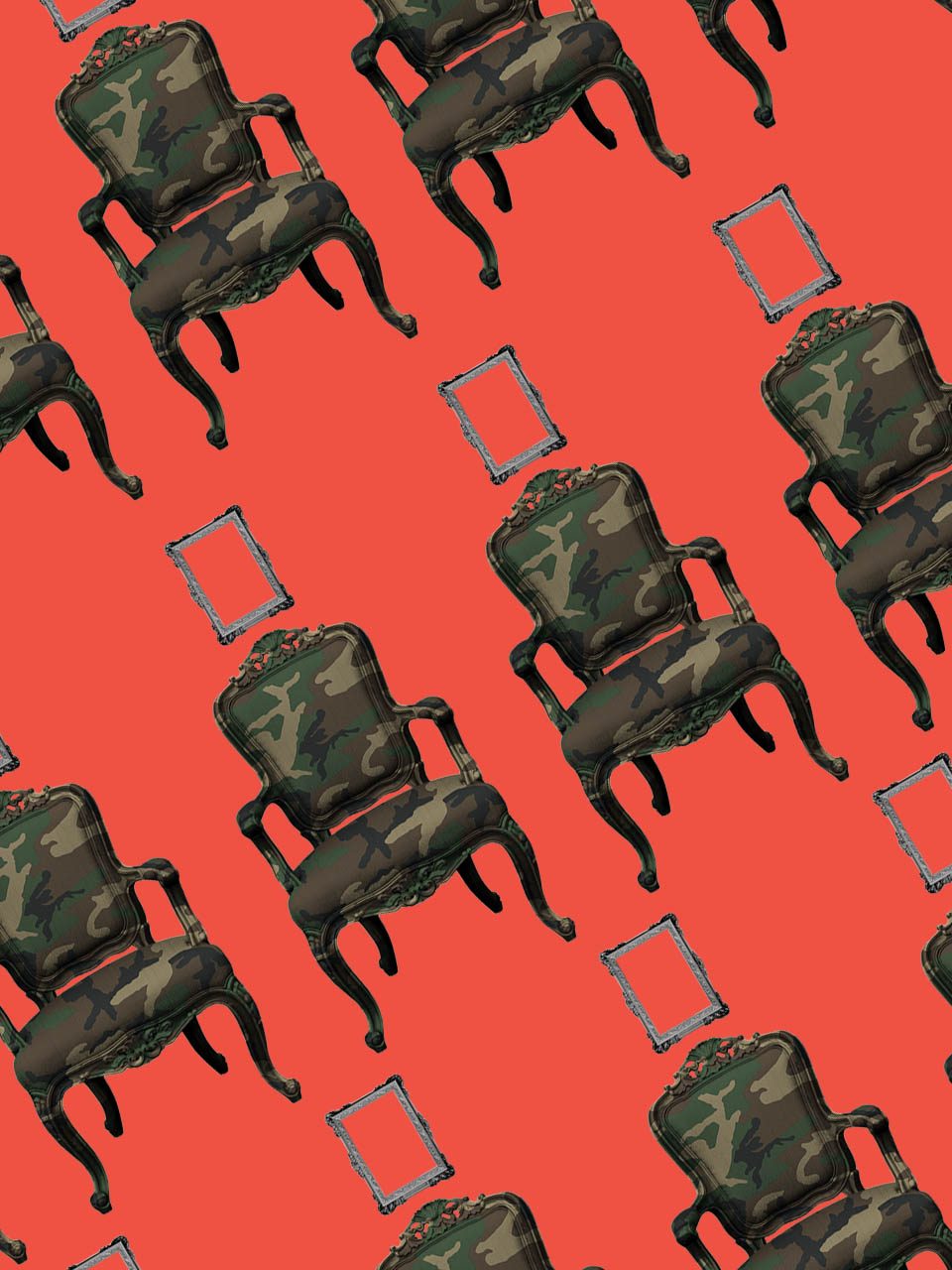 Facebook Twitter Copy URL
Copied
Of the post-Marcos governments, the Estrada and Cory Aquino administrations, which have had the least number of military appointees so far, suffered under the military

At least six agencies in government have been consistently headed by military men since the rebirth of democracy in 1986. The most military-friendly regimes, post-Marcos, are the administrations of Fidel Ramos, Gloria Macapagal Arroyo, and Rodrigo Duterte. The least friendly were Cory Aquino, who battled six coup attempts against her, and Joseph Estrada, who was ousted in a civilian-backed military revolt in 2001.

Based on records, there appears to be a pattern in military appointments beyond those found in revenue-generating agencies and departments. The strategic departments and agencies where six post-Marcos governments have consistently assigned military officers to are:

In the case of Duterte, a newly-created department, the Department of Information and Communications Technology, is headed by a retired general, Eliseo Rio Jr.

Military officers explain that their expertise is maximized in these departments because most of these agencies deal with security, foreign relations, communications, and mobility. However, the BOC is entirely civilian in character. Collecting duties and stopping smugglers have never been a soldier’s job.

Another agency, the National Intelligence Coordinating Agency (NICA), was established under the Marcos regime precisely to develop a civilian intelligence agency that would serve the president, apart from the intelligence units of the Armed Forces. The rationale for a civilian intelligence agency is that it’s supposed to have wider access to information because it is less intimidating than military units, and enjoys broader perspective. However, since 1986 up to January 2019, retired military or military-trained police generals have led NICA.

Cory, Erap, and the AFP

Of the post-Marcos governments, the Estrada and Cory Aquino administrations, which have had the least number of military appointees so far, suffered under the military.

Aquino had to battle six coup attempts by rebel soldiers, while Estrada was forced to step down after only two years in office, when the military high command withdrew support from him in the aftermath of a corruption scandal.

Estrada was the first post-Marcos president to have seriously attempted to “civilianize” the defense establishment. He was the first to name a civilian – former radio broadcaster and senator Orlando Mercado – secretary of national defense.

Next to Corazon Aquino, Estrada is the commander-in-chief with the least preference for appointing military officers to the bureaucracy. Observers say this is largely because he won by a landslide and this popular mandate didn’t make him feel as if he owed his job to the AFP.

But his is also the shortest term in post-Marcos history, as he was ousted on his 19th month in office. It didn’t help that Mercado ruffled the egos of some senior officers in his first year in office when he began a serious probe into the military’s mismanagement of its financial institutions.

The AFP’s withdrawal of support, however, came after the military leadership realized that public protests against Estrada would drag and lead to a violent confrontation between the warring camps.

Nonetheless, in his time, Estrada named at least 25 military officers to government posts, including two former coup plotters (former Navy captain Felix Turingan and retired commodore Domingo Calajate, who were named to board seats of government-sequestered TV stations). Conflict immediately erupted between Mercado and the AFP when the former initiated a wholesale probe into the mismanagement of the AFP’s financial institutions, specifically the Retirement Service Benefits System (RSBS) and the AFP Loans and Savings Association Inc. (AFPSLAI).

Estrada initially was also seen to be aloof to the military, when in 1999, he chose to attend the wedding of a former movie star than attend the centennial celebration at the PMA. Many in the officer corps saw this as an insult to them, as previous commanders-in-chief always took the time out to address the PMA alumni.

In contrast to the Cory Aquino and Estrada regimes, the Ramos, Arroyo, and Duterte governments are seen as “military-friendly” regimes, given the number of military appointees to civilian agencies and even those who were encouraged to run for public office.

Our research shows that when he was president from 1992 to 1998, Ramos appointed at least 102 retired and active-duty military officers to government positions and board seats of government-owned corporations previously held by civilians.

Of these officers, one of them, Renato de Villa, would run for president in 1998, against Ramos’ favored candidate, Speaker Jose de Venecia Jr. Both De Villa and De Venecia lost to Joseph Estrada.

Two were named to constitutional offices that, by law, should work independently from the executive branch. Manolo Gorospe, a retired colonel, was named commissioner of the Commission on Elections (Comelec) and Aniano Desierto, a retired colonel and military prosecutor, was named Ombudsman, the chief overseer of ethical conduct of public officials.

Gorospe would later get entangled in scandals at the Comelec, including allegations that he had favored government candidates in local elections and that he harassed a woman commissioner at the poll body. Desierto was slapped with two impeachment complaints that did not prosper.

Of the Ramos appointees, two would later run for senator: retired lieutenant general Alexander Aguirre, who was named head of the Presidential Management Staff, and retired AFP chief of staff general Lisandro Abadia, who chaired the security committee of the APEC [Asia Pacific Economic Cooperation] Summit in Manila held when Ramos was president. Both lost.

Ramos was not content with naming retired military men to government agencies that dealt with security, such as the defense department or ambassadorial posts. Under him, agencies considered strictly civilian in nature had ex-military men in them. Aside from the transportation department, the list included:

Under Ramos, the government’s financial institutions, as well as big state-owned corporations, were also led by retired military men.

In what was considered part of his efforts to reach out to military rebels, Ramos even named a former coup plotter, air force lieutenant colonel Eduardo Kapunan Jr, to the Department of Justice as one of the key officials of its Witness Protection Program (WPP). Kapunan later ran for congress but lost.

In defending his appointees, Ramos said PMA graduates were qualified to run civilian agencies. For one, they’re used to working beyond office hours, he said.

The Ramos presidency saw the first significant decline of the communist and Moro insurgencies in the Philippines. Because they weren’t needed as much in the field, Ramos also argued, soldiers could be tapped to assist civilians in managing government. In presenting to the nation his government’s blueprint for economic growth (or NIChood, short for newly-industrialized country, as it was known then), Ramos stressed that the Philippine military would take part in steps to NIChood, especially the protection of the environment.

His national security adviser then, retired brigadier general Jose Almonte, would articulate best Ramos’ position. Almonte is considered Ramos’ ideologue. He would repeatedly stress in public that there’s a need for a strong partnership between soldiers and civilians. Because political institutions take time to develop, Almonte would say, a strong leadership is needed in the interim, especially for countries without a strong civilian bureaucracy.

The second beneficiary of a military-brokered revolt, Gloria Macapagal Arroyo, has the highest number of military appointees to the civilian bureaucracy after Ramos.

Arroyo had named at least 49 retired and active-duty military officers to various posts in government, led by Ramos himself whom Ms Arroyo named as special envoy abroad.

A controversial appointment by Arroyo was that of former AFP chief of staff general Lisandro Abadia. The general ran (but lost) as senator in the 1998 elections. He had been dragged to a Senate investigation for allegedly misusing the retirement funds of soldiers in the Retirement and Separation Benefit System (RSBS).

Arroyo also named an Army officer, Colonel Carlos Holganza, her former military aide when she was vice president, as deputy executive director of the Presidential Anti-Crime Commission. Busting crime is a task for the civilian police.

But the most incompatible appointment she made was that of PMA graduate and former Armed Forces officer Reynaldo Wycoco as head of the National Bureau of Investigation (NBI), a civilian investigating agency. This was a first in history – for a non-lawyer and former soldier to be named to an agency patterned after the US Federal Bureau of Investigation and whose principal asset is its corps of professional lawyers and civilian crime investigators.

Arroyo, however, turned out to be not an aberration.

President Duterte appointed a retired general to oversee a department that has direct supervision over the civilian Philippine National Police and elected local officials: the DILG. Retired military chief Eduardo Año, a veteran intelligence officer, not only heads the DILG, he is also one of the closest advisers of the President.

The DSWD, which has been led by women in the last three decades, is now led not only by a man but by a retired general, former military chief retired general Rolando Bautista. The environment department is headed by a general who has no background in environment: Roy Cimatu. At the helm of managing Metro Manila’s traffic is also an ex-general, former coup plotter Danilo Lim.

The administration of former president Benigno Aquino III could not be classified as friendly with the military. He kept a healthy distance from the institution by relying on a trusted adviser, then-defense secretary and retired Army general Voltaire Gazmin, to make decisions and appointments for him within the armed forces.

There were only at least 25 ex-soldiers appointed to civilian agencies during the Aquino administration, just slightly more than the number during his mother’s term.

But like his predecessors, Aquino chose the path of controlling the military by naming short-term chiefs of staff. By the time he entered his second year in office, Aquino had already appointed short-term three chiefs of staff – a record unbeaten by any commander-in-chief before him.

While Aquino had military friends and would spend weekends at the shooting range with them, he did not consider the armed forces his fiefdom.

While Aquino shared the military’s disdain for communists, he aimed to crush their stubborn rebellion in moderation, conscious of a conflict’s impact on human rights. Under his term, in fact, the military arrested and jailed one of its own – the notorious Army general Jovito Palparan – over charges of human rights abuses, such as the kidnapping of student activists.