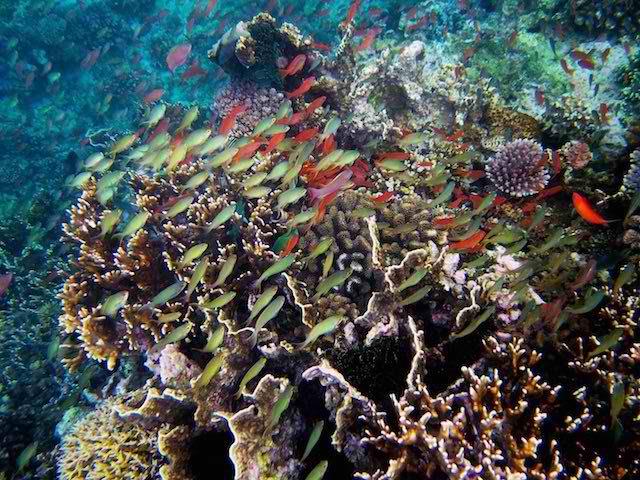 The VIP has earned the title “center of the center of global shorefish biodiversity” after a 2005 study showed it had the highest concentration of shorefish species in the world.

The 1.14 million-hectare seascape lies between the provinces of Batangas, Oriental and Occidental Mindoro, Marinduque, and Romblon.

Despite its global importance, the marine corridor does not enjoy protection by national legislation, opening areas around it to mining.

“We are clearly opposing mining in Lobo. We will not compromise the protection of our environment for any investment. I say no to mining in Lobo,” said Batangas Vice Governor Mark Leviste during a July 23 press conference.

The Mines and Geosciences Bureau (MGB) has given Canadian extraction company MRL-Egerton Gold Philippines a Mineral Production Sharing Agreement (MPSA) to mine gold in Lobo, Batangas, one of the coastal towns straddling VIP. 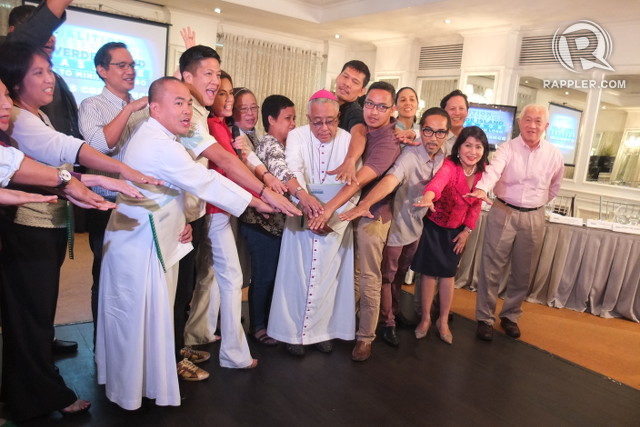 The proposed gold mining site will encompass 29,000 hectares of the town. Environmentalists worry that wastes generated by the mines will find its way to Lobo rivers which drain directly into VIP.

Leviste said though Batangas wants to protect interests of investors, he said the province won’t allow activities that will compromise the VIP.

“Yes, we envision Batangas to be a haven for investors and industries. But we will never allow our environment to be compromised by any development, by any businesses. You can rest assured that we will maintain the beauty of Verde Island Passage,” he added.

He claimed that Batangas Governor Vilma Santos-Recto has instructed the province’s environment and natural resources office that no mining will happen under her administration.

However, the provincial council has yet to issue a resolution against the gold mine.

“It is still premature for the council to act on the issue because they have not transmitted any application to the provincial board yet,” he said.

The municipal council of Lobo, last Monday, withdrew its endorsement for the proposed mine.

MGB Director Leo Jasareno said the Declaration of Mining Project Feasibility (DMPF) – a requirement before MRL-Egerton Gold can start building the mine – is still being evaluated by the bureau.

Asked if the opposition of the Lobo government will make a difference, he told Rappler, “The LGU endorsement is a requirement in the approval of the DMPF.”

The advocates want the MGB to cancel MRL-Egerton Gold’s MPSA and President Benigno Aquino III to issue an Executive Order protecting the VIP.

The gold mine is thought to endanger the VIP and all the life forms that make their home in it. (IN PHOTOS: 12 ‘rare and new’ species in Verde Island Passage)

The most alarming aspect of MRL-Egerton Gold’s planned operations, said mechanical engineer Chips Guevarra, is its use of cyanide to recover gold from rocks.

The company confirmed during a public hearing that they will use this method and that the cyanide solution will end up in silt pits.

Cyanide is one of the most toxic chemicals on earth. Spills of cyanide from gold mines have led to human deaths and massive fish kills. Cyanide robs the ability of cells to absorb oxygen, creating legions in the skin, organ failure and eventually, death.

The use of cyanide in gold mining has been banned in Costa Rica, Czech Republic, Hungary, Turkey and Montana and Wisconsin states of the United States of America.

Guevarra, who has worked in wastewater management, says the Philippines should also re-evaluate its stance on this mining method.

“The toxicity of cyanide is too dangerous. It only takes cyanide the size of a grain of rice to kill a person. Being in the typhoon belt, the risk of overflow due to rains is too high,” he said.

Lipa Archbishop Ramon Arguelles also opposes the gold mine. He criticized the Department of Environment and Natural Resources (DENR) for seeming to fast-track the approval of the mine.

In a May 21 public hearing, he said the DENR did not allow participants full access to the Environmental Impact Assessment of the mine proposal.

“They wanted to approve it right away. Why is DENR lawyering for Egerton? I think they wanted to make it appear that they consulted us. So we walked out,” said Arguelles.

Despite being home to one of the world’s richest marine ecosystems, the VIP does not enjoy protection by national legislation.

It is currently protected only by a 2006 Executive Order by former President Gloria Macapagal-Arroyo and ordinances of various local governments.

Other prominent natural parks, like Mount Pulag in Benguet and Apo Reef in Occidental Mindoro are protected by the National Integrated Protected Areas System (NIPAS) Act, enabling the national government to allot funds for their conservation annually.

Mining is banned in all areas protected by national law. – Rappler.com