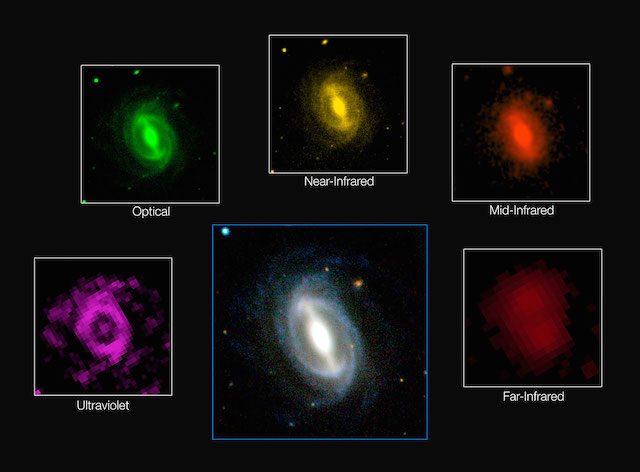 SYDNEY, Australia – The Universe is experiencing a slow death, like a person resting on the sofa awaiting eternal sleep, according to astronomers from a project which measured the energy generated by 200,000 galaxies.

The international team carried out the most precise measurements of energy generation in a large portion of space ever completed and found that it is only half of what it was 2 billion years ago and fading.

“The Universe is fated to decline from here on in, like an old age that lasts forever,” said Simon Driver from the International Centre for Radio Astronomy Research (ICRAR) in Western Australia.

“The Universe has basically plonked itself down on the sofa, pulled up a blanket and is about to nod off for an eternal doze.”

Researchers used 7 of the world’s most powerful telescopes to observe galaxies at 21 different wavelengths, from ultraviolet to the far infrared, as part of the Galaxy and Mass Assembly Survey (GAMA).

Observations collected over 8 years from the Anglo-Australian Telescope in rural New South Wales state were used in conjunction with those from orbiting space telescopes operated by NASA and the European Space Agency.

“We used as many space and ground-based telescopes we could get our hands on, to measure the energy output of over 200,000 galaxies across as broad a wavelength range as possible,” said Driver, who is presenting the findings to the International Astronomical Union in Hawaii on Monday, August 17.

Driver said while most of the energy sloshing around in the Universe was created in the aftermath of the Big Bang, additional amounts were constantly being released by stars as they fused elements such as hydrogen and helium together.

“This newly released energy is either absorbed by dust as it travels through the host galaxy, or escapes into intergalactic space and travels until it hits something such as another star, planet, or very occasionally a telescope mirror,” he said.

Andrew Hopkins, from the Australian Astronomical Observatory, said while it had been known for some time that the rate at which the Universe was forming stars was declining, the new data showed that the rate of energy production was reducing the same way across all different wavelengths.

“It doesn’t matter which wavelength you look at the Universe in, it is slowing down in its energy production in the same way,” Hopkins told Agence France-Presse via telephone from Hawaii.

“As the Universe expands and as the rate of expansion accelerates we know that the rate at which galaxies can continue to evolve is going to slow down and this is reflected in the rate that we have been able to measure of how fast they are forming their stars.”

It is hoped that the survey data will help scientists better understand how different types of galaxies form.

Researchers also want to expand their work to map energy production over the entire history of the Universe using new facilities, including the world’s largest radio telescope, the Square Kilometer Array, which is set to be built in Australia and South Africa over the next decade.   – Rappler.com