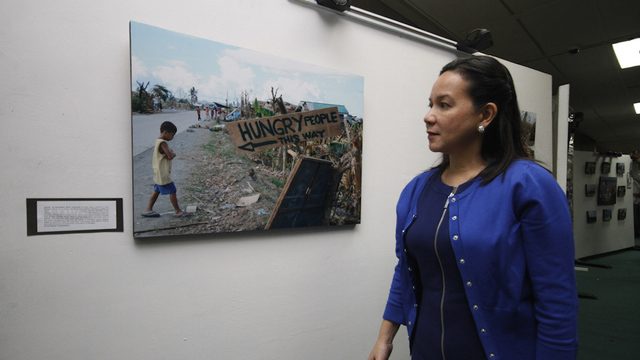 “Climate change affects us all, whether you feel it now or not,” Poe said in a statement Sunday, August 16. “While the government builds institutional capacity to tackle the issue, we should all do our part in increasing awareness and supporting adaptation and mitigation efforts.”

Citing a report by the Intergovernmental Panel on Climate Change (IPCC), Poe emphasized that the impact of climate change made the country lose at least $24 billion (P1.104 trillion) in gross domestic product from 1998 to 2009.

“Extreme weather conditions destroy not just people’s homes but also their sources of food and livelihood,” she said. “With every storm that passes, more people are displaced, more people go hungry, more lose their livelihood.”

“Climate change just keeps creating a new set of poor Filipinos, so we have to mitigate its impact,” the senator added.

According to the 2015 Long-Term Climate Risk Index of Germanwatch, the Philippines ranks 5th among countries in the world most affected by extreme weather events from 1994 to 2013. (READ: PH named country most affected by climate change in 2013)

The Philippines continues to bear the brunt of climate change as extreme weather events have created a new demographic of poor Filipinos, with at least 12 million people vulnerable.

Just last month, more than 20,000 people were affected by flooding in central Mindanao while an estimated P109 million ($2 million) worth of damage in agriculture and infrastructure was seen in South Cotabato.

Experts also say that just a one degree change in the planet’s temperature can significantly affect agricultural production by 10 to 15% while increased rainfall volume can cause frequent landslides and floods that can damage crops. This will ultimately affect farmers and consumers. (READ: How climate change threatens our food security)

“Either way, farmers, who are already among the poorest in the country, will suffer a significant decrease in crop yield,” the senator said. “With the Philippines’ growing population, food will become even more unaffordable for those who are already struggling.”

This reality, Poe said, should guide Filipinos to push for cooperation in mitigating impacts of climate change in the Philippines. – Rappler.com