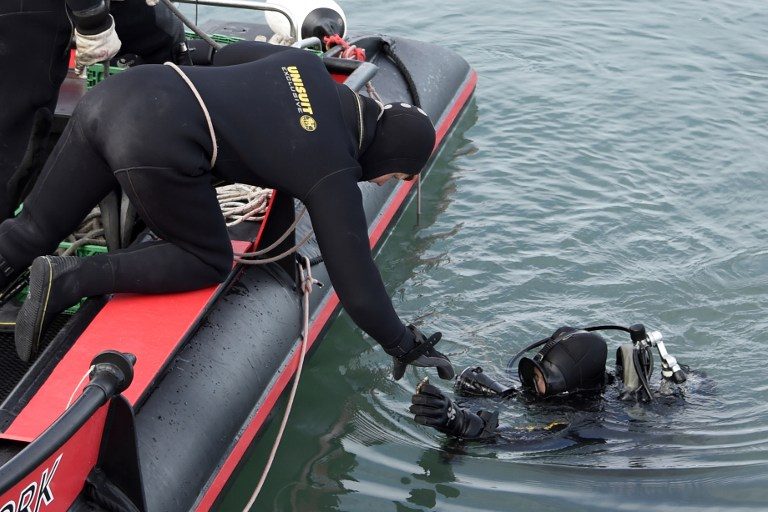 NY-ALESUND, Norway – How do algae react to the warming of the Arctic Ocean? How is it affecting wildlife in the fjords? To find answers, researchers rely heavily on divers who brave the icy waters to gather samples.

“Without them, we wouldn’t be able to successfully complete our projects,” admits Cornelia Buchholz, a marine biologist who is working at Ny-Alesund on Spitsbergen, the largest island of the Svalbard archipelago in the heart of the Norwegian Arctic.

Until the start of the 1960s, this town – the northernmost permanent human settlement in the world – was populated by coal miners.

Today it is entirely dedicated to science.

Between mid-April and the end of August when the sun never sets, dozens of researchers stay there.

The site, which boasts exceptional facilities despite its extreme location just a thousand kilometers (600 miles) from the North Pole, has a unique window on climate change, the effects of which are far more pronounced in the Arctic region.

Under water at Ny-Alesund, rising sea temperatures have already led to the appearance of new species of krill (small crustaceans) and fish, such as Atlantic cod and mackerel.

“The scientists give us a sort of ‘shopping list’,” explains Max Schwanitz, 52, a diver who has been working since 1994 at the French-German research station.

“For example, they tell us the type, the size and the quantity of algae they want and from what depth.”

At the end of July, the surface temperature of the water was between 3 and 7ºC (37 to 45ºF) in the fjord. But earlier in the season, they were entering waters of less than 2ºC.

“Salt water freezes less easily than fresh water, at around -2.6ºC here,” he explains, and diving under the ice is rare here.

Working with him are two students, Mauritz Halbach, 24, and Anke Bender, 29. Together they form the only diving team at Ny-Alesund.

“Obviously, the temperature is on the extreme side for diving in here,” explains Halbach, student at Oldenbourg in northeastern Germany.

“When visibility is very bad or the currents are strong, the dives themselves can also be extreme,” he says.

Although the divers wear specially made gloves, the cold is felt in the hands.

“Hands are always a problem because it’s the part of the body which is most sensitive to cold,” Halbach explains.

“We generally stay 30 to 45 minutes in the water. We can stay up to 90 minutes but by that point, your hands are really cold,” adds Schwanitz.

Beyond the discomfort, it can also hamper the precision of the work they are sometimes required to do in the depths, adjusting both photographic equipment and fixed underwater instruments for measuring temperature, light and water clarity, as well as gathering samples.

The rest of the body is well protected against the cold with divers wearing Arctic cold-water wetsuits, which are 7-millimeters (0.2 inches) thick.

“We also wear warm undergarments like for skiing,” says Bender, who has a doctorate in marine biology from Rostock in Germany.

Between their bulky suits and ballast weighing 18 to 20 kilos (up to 44 pounds), the divers are each carrying a weight of around 40 kilos.

Aside from the cold, security is another big worry for the trio – and for their insurers who lay down very specific demands.

When one of them enters the water “another is ready to dive in in case of a problem, while the third is in charge of the boat,” Schwanitz says.

In 2005, the installation of a decompression chamber – indispensable in event of an accident – has made procedures much simpler.

Previously, they would check every morning to see if the weather was sufficiently good to allow a plane to come from Longyearbyen, the main town on Spitzberg, in case of an emergency, to fly someone to mainland Norway where the nearest decompression equipment was located – a journey of some four hours.

But in the 10 years since it was installed, the chamber has has only ever been used in practice exercises.

“We usually dive to depths of 18-20 meters (up to 65 feet),” explains Schwanitz, patting the side of the cylindrical white chamber.

“Most experiments here are done at that depth, so they are safe dives.” – Céline Serrat, AFP / Rappler.com