Wary of nosebleed science? Start with the Ig Nobels

Do you think a kiss is really just a kiss? Apparently, it is also some sort of an anti-allergy “medicine”. For that, we have to thank Hajime Kimata [Japan, China] who studied the effect of kissing and sexual intercourse on the immunity of people who had eczema or are allergic to dust mites or Japanese cedar pollen. Another group did another “kiss” work that may soon find their way in CSI episodes. They found that male saliva persists in female saliva for as long as a full hour after kissing. Now we know how long a kiss really lasts.

It was science’s comedy hour again last week. I am talking about the Ig Nobel Prizes, now on its 25th year. These are awards given to work “that first make people laugh then make them think.” The 2 studies that opened this column jointly garnered the Ig Nobel for medicine. The studies were very methodical and the kissing studies were very particular about the “intense” level of kissing required for the experiments.

From kissing, the Ig Nobel also recognized the work that calculated the sexual powers of a legendary emperor, Moulay Ismael, whose functions included being a very serious gene propagator in the 18th century. He apparently had 888 children. And we all know that the first thing you ask when you are told that is: is that even possible?

Well, ok that is the first thing you ask if you were a mathematician. Mathematicians who did the calculations concluded, admittedly without knowing much about the women involved (while biology cannot abstract women in the mating equation, apparently, math can), that it was possible to sire that many if he copulated an average of .83 to 1.63 times a day for 32 fertile years. In fact, if he were that active, he could have sired as many as 1117. So the said imperial sex machine may have apparently performed below mathematical expectations and we have to thank the Ig winners for pointing this out to us.

“Egg Nobel” should have been the nickname for this work that received the Ig Nobel for Chemistry. They actually figured out a chemical way to reverse, at least, in part, a boiled egg. It involves a molecular lab trickery with proteins, which in that scale, can do a lot of acrobatic folding, effectively returning the egg partially into its “pre-boiled” state. 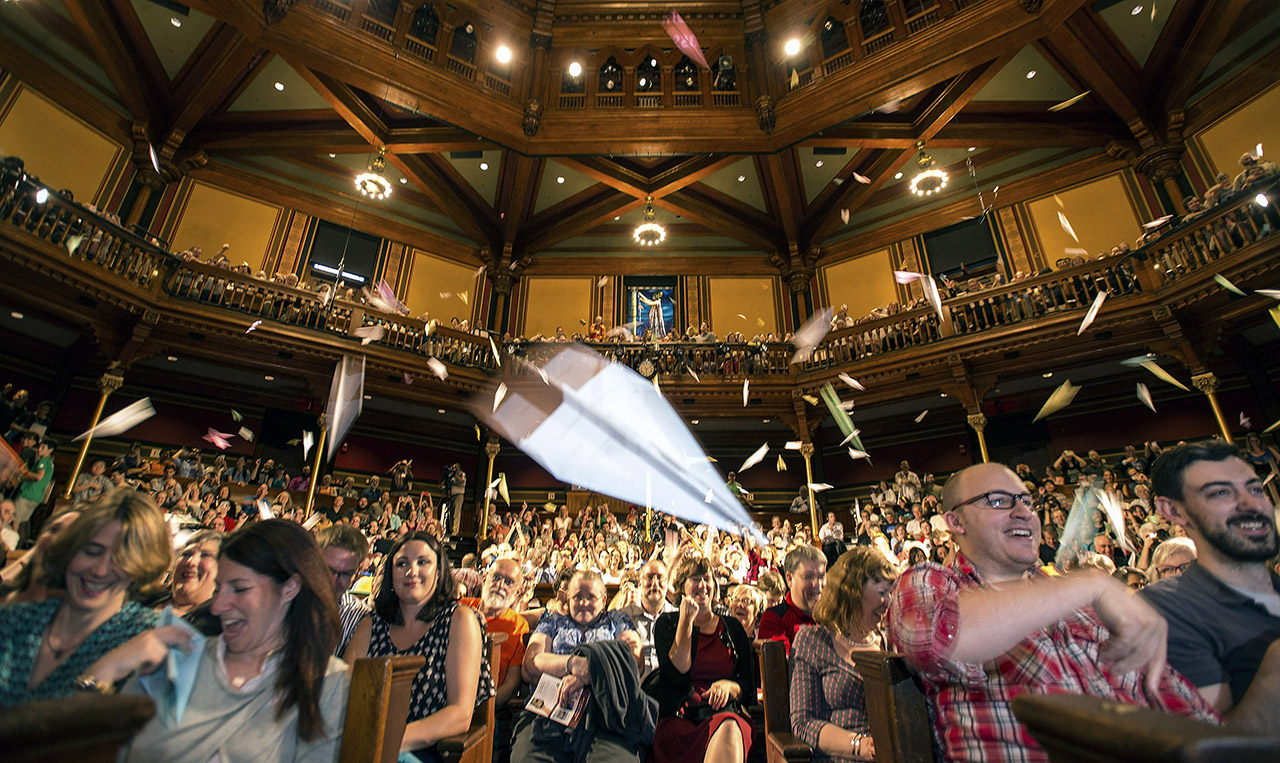 Physicists, not to be outdone, decided to go to the urinal and got the Ig for it.  They studied the “fluid dynamics” of the pee of 41 mammals and found that those who weigh 13 kg or heavier, pee for about 21 seconds (give or take 13 seconds.) And yes, humans are mammals so the next time, you go to the bathroom, remember your mammalian kin and how you all share in this “pee-iece” of biological wonder.

Chickens, as far as we know, do not really wonder about their evolutionary kin. But we do wonder about chickens. This is why scientists who won the Ig Nobel for biology this year, fitted chickens with artificial tails to study their movement and the anatomical requirements for it. And sure enough, their examination seemed to show proof that chickens can trace their clear evolutionary roots to dinosaurs but that drawings of present-day chickens fitted with artificial tails included in the study were really funny.

Insects (a lot of them) got “caught” by scientists to come up with a pain index, that humans could relate to. One scientist even volunteered to be stung by insects so he could identify which human body parts feel the most pain when stung. Naturally, these scientists received, am presuming some pain reliever, and the Ig Nobel for Physiology and Entomology.

Another kind of pain was investigated by medical researchers who found a breakthrough diagnostic tool, thanks to speed bumps. They found that if think you have acute appendicitis and the pain gets sharper when you hit a speed bump while you are on your way to the emergency room, then you are probably right. This work got the Ig Nobel for Diagnostic Medicine.

If it is your first time to know about the Ig Nobel Prizes, scratching your head and saying “huh?,” you are not alone. Researchers who won the Ig Nobel for Literature looked at this word (yes, the word “huh”) and found that this kind of double-take uttered because you probably did not get or believe what you just heard or saw, has a universal scope. Every human language has it or its equivalent. And the funny thing is, the researchers were not really sure why.

The two remaining Ig Nobels are for Management and Economics respectively. The first one found that CEOs who witnessed natural disasters but did not personally suffer from them, took more risks than those who did. And the second one, well, it was given to the Bangkok Metro Police who offered extra pay to their policemen who refused bribes.

These are the Ig Nobel winners this year for work that will probably make you go “huh?”, then,  as with the others, “ha ha ha” and finally, hopefully, a thoughtful “Ah!” – Rappler.com