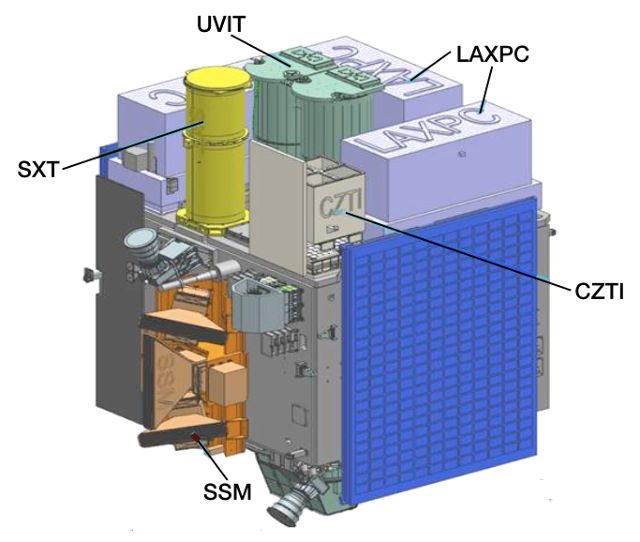 BANGALORE, India – India successfully launched Monday, September 28, its first high-tech telescopes into space to study the stars, as New Delhi seeks to take another major step in its ambitious and low-cost space program.

A rocket carrying the 150-ton mini space observatory called Astrosat, along with 6 foreign satellites, blasted off on schedule from India’s main southern spaceport of Sriharikota.

“About 20 minutes after a perfect lift off at 10:00 am from our spaceport, the rocket has placed Astrosat in the intended orbit,” mission director B. Jayakumar said at Sriharikota, about 90 kilometres (55 miles) from Chennai.

The launch comes one year after India became the first Asian country to launch a successful mission to Mars to study the Red Planet, beating giant rival China and sparking an outpouring of national pride.

The unmanned probe, still orbiting Mars, cost a fraction of the missions launched earlier by the United States, Russia and Europe.

India’s Astrosat, which includes a telescope that uses x-ray, is expected to orbit 650 kilometres above the Earth and will send back data and study parts of the universe including black holes and the magnetic fields of stars.

Astrosat, which reportedly cost 1.8 billion rupees ($27 million) to build, has been compared by local media to the famous Hubble telescope launched by NASA in 1990. But Astrosat is much smaller and has a limited life span of five years.

The rocket also carries six foreign satellites, including the first from the United States.

The launch comes as Prime Minister Narendra Modi winds up a visit to Silicon Valley in the US where he urged top technology companies to bring investment and jobs to India.

India’s successful and frugal Mars mission dominated newspaper front pages at the time and sparked huge pride in its home-grown space programme, while Modi hailed it as a sign of the country’s technological potential.

Critics of the program say a country that struggles to feed its people adequately and where roughly half have no toilets should not be splurging on space travel. – Rappler.com