UN details doubling in weather disasters ahead of climate summit 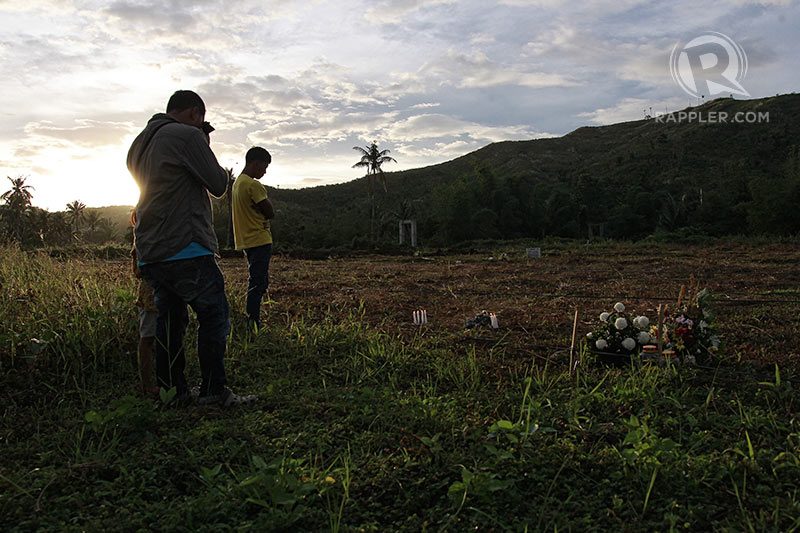 Facebook Twitter Copy URL
Copied
(UPDATED) More than 600,000 lives have been lost since 1995 to flooding, landslides and other weather-induced catastrophes

PARIS, France (UPDATED) – The UN on Monday, November 23, detailed a doubling in weather-related disasters over the last three decades, a week before nearly 140 world leaders gather in terror-struck Paris to thrash out a crucial climate pact.

More than 600,000 lives have been lost since 1995 to flooding, landslides and other weather-induced catastrophes, the UN Office for Disaster Risk Reduction said, with the number of such events doubling between 1985-1994 and the decade ending in 2014.

The report “underlines why it is so important that a new climate change agreement emerge from the COP21,” said UNISDR chief Margareta Wahlstrom, using the acronym – “Conference of the Parties” – for the global talks that open next Monday, November 30.

Paris is preparing for what may be the largest summit ever outside the UN headquarters in New York, in an atmosphere of high tension following last week’s jihadist attacks in the French capital which left 130 people dead.

US President Barack Obama on Sunday, November 22, urged other leaders to join him in attending to show that “a handful of killers does not stop the world from doing vital business.”

Preoccupied by the global terror threat, heads of state and government will have their work cut out for them at the 12-day climate summit.

“We have stronger convergence on the broad contours of an agreement than we ever saw ahead of the Copenhagen conference,” said veteran analyst Elliot Diringer, referring to international climate talks in 2009 that ended in bitter disappointment.

But even after 6 years of preparatory negotiations, the 195 countries gathering under the UN flag remain sharply divided on a slew of intertwined issues.

There are at least 3 battlegrounds where the talks could stumble. Predictably, the first is money.

‘Climate justice for the poor’

The Copenhagen Accord agreed that poorer nations vulnerable to the impact of global warming would receive $100 billion (94 billion euros) per year from 2020.

The money is to help them give up fossil fuels, and to shore up defenses against climate-driven food scarcity, heat waves and storm damage.

International climate finance has grown steadily, reaching $62 billion in 2014, according to an estimate commissioned by the UN.

But developing nations want assurances that the flow of money will be recession-proof and come from public sources.

“We want climate justice for the billions of poor in this world.”

Along with many other developing countries, New Delhi’s pledge to engineer a massive switch to renewable energy is conditional on such aid.

Some 50 nations grouped together in the Climate Vulnerable Forum, meanwhile, are pushing for funds for climate-related “loss and damage”.

Rich nations are willing to discuss the issue, but have drawn a line in the sand.

“The notion of so-called compensation or liability… is not a legitimate concept in this context and we would certainly not accept it in the agreement,” a US official told journalists in Paris ahead of the summit.

A second thorny issue is defining a long-term goal.

All nations have embraced the target of capping global warming at 2ºC (3.6ºF) over pre-industrial levels, with the thermometer already 1ºC higher today than it was in the mid-19th century.

Some 170 nations accounting for more than 90% of the world’s greenhouse gas output have filed carbon-cutting plans ahead of the Paris meeting – but these voluntary commitments are not enough to get the job done, and place Earth on a dangerous 3ºC trajectory.

The hunt for middle ground

There is no prospect of enhanced pledges right now.

“At this point, our goal will not change,” China’s climate negotiator, Xie Zhenhua, said last week. Other countries, including the United States, have said the same.

The challenge – and the yardstick for success in Paris – will be to agree on an action plan that eliminates the gap over time.

That could mean periodic reviews of national plans to ratchet up emissions reduction efforts.

But countries do not agree on how often reviews must be done, or an in-built obligation to ramp up carbon-cutting efforts.

A third sticking point is the agreement’s legal status.

The United States has consistently said it will not inscribe its emissions reduction targets – 26-28% from 2005 levels by 2025 – in a legally-binding international treaty.

At the same time, host country France has said the outcome must have legal force.

Finding middle ground will be tricky, and the planet will be watching.

Some 6,000 journalists have sought accreditation for the 12-day meeting – twice as many as can be accommodated. – Marlowe Hood, with Benjamin Simon in Geneva, Switzerland, AFP / Rappler.com