Crunch time for ‘loss and damage’ in Paris climate talks 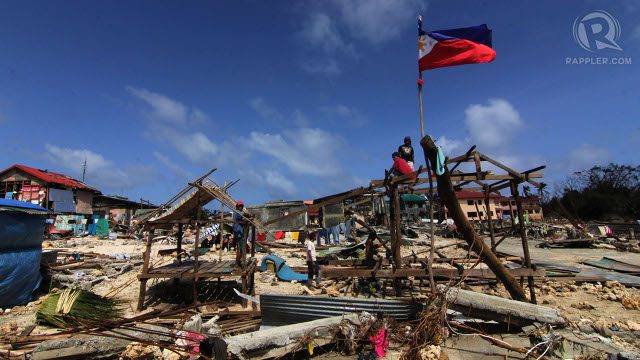 LE BOURGET, France – The latest draft of the proposed Paris climate agreement has yet to resolve one of the most crucial and contentious issues, one that according to experts may take until to the last minute to resolve: the Loss and Damage mechanism.

The term “loss and damage” was first brought during the Conference of the Parties (COP) 19 in Warsaw, Poland in 2013. It was in the aftermath of Typhoon Yolanda (Haiyan) when then Philippine lead negotiator Naderev “Yeb” Saño brought the idea of loss and damage mechanism for developing countries.

Under its more formal name, the Warsaw International Mechanism for Loss and Damage, countries which are mostly responsible for climate change because of their carbon emissions must pay for vulnerable countries who have been suffering “losses” and “damages” from severing impacts of climate change.

When mitigation and adaptation fail

Since its inception in the draft deal, this has been a major issue for developing countries, most of which are pushing strongly for the inclusions of Loss & Damage in the agreement.

The current state of the loss and damage is partly a mystery because, at the behest of developed countries, all the meetings about loss & damage have been taking place in closed door sessions, not open to civil society or the press.

In a press conference, Julie-Richards of the Climate Justice Movement said that, “rich countries are fighting back against loss & damage.”

“They [the rich countries] are creating a bogeyman that does not exist,” she added, citing their continued resistance to any language around liability or compensation, both of which developing countries agreed to remove well before the Paris climate talks began. Loss & Damage is crucial to an equitable and fair Paris agreement. While the biggest focus in climate negotiations up to this point has been on mitigation (stopping emissions) and adaptation (preparing for climate impacts), Loss & Damage is nearly as, if not more, important.

“These are extremely new challenges – we don’t have much experience dealing with sea level rise, glacial melt at this scale. How do you do that?” said Singh. “Loss and Damage is about investing heavily in social protection systems, helping people when there are disasters and restoring their livelihoods.”

The link to fossil fuel subsidies

The vast majority of civil society organizations present here in COP 21 believe that Loss & Damage must have its own section in the agreement, and not be folded under adaptation. Organizations like the Climate Action Network (CAN) want a strong mechanism to determine how loss and damage is realized over time as we get more climate disasters.

The United States in particular has been cited as an opponent of a strong Loss & Damage mechanism. The US has been, historically, the largest emitter of CO2, so have the largest “carbon debt” to pay to the developing world. But another reason that observers say is that the United States may so reticent to allow for liability in the agreement is actually quite simple: fossil fuel lobbies.

Exxon-Mobil, quite possibly the biggest corporate source of CO2 emissions, is facing a lawsuit from New York State for its years of climate change denier support. In fact, a report released Tuesday, December 7, by researchers from Vanuatu – a Pacific island nation that recently was devastated by a super typhoon – and Canada showed how national laws could be used to hold oil, gas, and coal companies accountable for climate change-related disasters.

“At this stage, the important thing is to decide that there should be a mechanism and then determine it at a later stage,” said Dean Tony La Viña, a veteran of climate negotiations who leads the Philippines, one of the strongest advocates for loss & damage. – Rappler.com