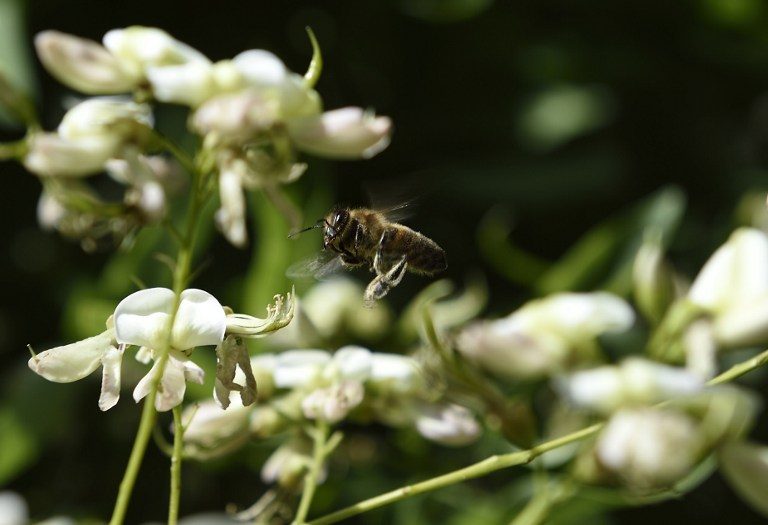 KUALA LUMPUR, Malaysia – Many species of bees, butterflies and other creatures that are vital to agricultural pollination are threatened with extinction, posing risks to major world crops and global biodiversity, a UN body said Friday, February 26.

“Many wild bees and butterflies have been declining in abundance, occurrence and diversity at local and regional scales in Northwest Europe and North America,” said an assessment by the Intergovernmental Science-Policy Platform on Biodiversity and Ecosystem Services (IPBES).

It said declines in pollinators – which also include a vast range of other insects, bats, birds and other animals – had also been detected elsewhere in the world.

The problem facing policy-makers is that scientists remain unsure exactly which factors are the biggest drivers.

The IPBES was established under UN auspices in 2012 to assess the state of global biodiversity.

It said healthy populations of the creatures are critical to ensuring stable fruit and vegetable output, as concerns rise over the challenge of feeding the world’s people in coming decades.

Among its findings, it said animal pollination is directly responsible for between five and eight percent of global agricultural production by volume, amounting to between $235 billion and $577 billion worth of annual output.

But more than three-quarters of the “leading types of global food crops” also rely to some extent on animal pollination for yield and quality.

Pollination is the transfer of pollen between the male and female parts of flowers to enable reproduction.

The assessment is the work of nearly 80 scientists from around the world and was released at an IPBES meeting in Kuala Lumpur.

It is the first report by the four-year-old group, which is considered the biodiversity equivalent of the UN-organised Intergovernmental Panel on Climate Change (IPCC).

In some places in Europe more than 40 percent of bee species may be threatened.

A “data gap” has frustrated efforts to assess the situation in Latin America, Asia, and Africa, but the same drivers are suspected to be at work in those regions.

Data is more solid for non-insect pollinators such as bats and birds, however, with the IPBES saying 16 percent of such species worldwide are threatened with extinction.

Some of the most important world food staples such as rice, wheat and other grains do not rely on animal pollination.

But vulnerable crops could include everything from apples and mangoes, to chocolate and almonds, and many other commonly consumed foods, said Simon Potts, co-chair of the assessment.

“Pretty much nearly all your fruits and many of your vegetables are pollination-dependent,” said Potts, deputy director of the Centre for Agri-Environmental Research at Britain’s Reading University.

Policy options could be as simple as planting more flowers, the group said.

But it also mentioned overall better protection of natural environments and ecosystems, limiting the scope of intensive agriculture, encouraging sustainable farming, and finding alternatives to pesticides, the IPBES said.

IPBES members stressed that the group’s role was to provide evidence rather than specific recommendations for governments, and the report refrains from issuing any specific call for action.