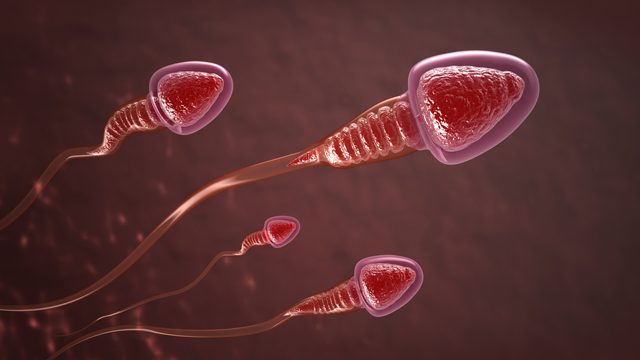 Facebook Twitter Copy URL
Copied
[Science Solitaire] 'So science, by creating sperm in the lab, may be finding another way to liberate men from the drudgery of their own internal mass production'

Gentlemen – if you have been feeling that you have been used for all of human history to provide the other half of what is needed for the seed of life to come to being, then your worries might come to an end soon. Last month, science news alerted everyone that sperm has just been created in labs. Yes, you read right, scientists have been able to create those cells that a man “invests” with, whether knowingly (with a plan in mind) or unknowingly (with neither a plan nor a shadow of an idea of what a sperm does), for the future. They created them without having to ask a male being to volunteer some.

Of course, we all know that it is not for a lack of volunteer sperm donors that science is motivated to solve the mystery of how to make sperm cells without males. They were aiming to find ways to address human male infertility – the ones who presumably want to biologically participate in the creation of the next generation and who also presumably have a plan of how to raise them.

But we are still far from being able to create human sperm. The scientists for this experiment used stem cells from mice that they coaxed into becoming sperm cells that got united with female mice eggs. The resulting mice were even able to have offspring of their own which is a great measure of success. Mice have so far been one of the most reliable animals we use as surrogates for experiments we cannot do to ourselves.

So what is this sperm cell that these scientists have been doing consistent lab pilgrimages for?

Well, let’s just say that without this cell, Women’s Lib would not have even been an issue.

Production wise, sperm is no artisanal item. Despite the overprotective words and gestures as well as the drumbeats made by their bearers, sperm production is like a giant korniks (corn kernel snack) factory. Each male would have produced over 500 billion sperm cells in his lifetime, even if he only gets to use single digits of them to actually create offspring. For each scenario when a man unlocks his hydraulic-powered gates, there are 40 million to 1.2 billion of those korniks released into the wild or to be received by some lonesome egg. There is simply a mindboggling quantity in each male that you wonder why they feel or behave as if like each one kornik is sacred.

In contrast, a female only has 2 million eggs to start with when she is born and ends up with roughly 400-450 by puberty. One egg is released every monthly cycle. Imagine, a monthly procession of one inside a female is met by a mega version of the Pamplona bull run of millions to billions of sperm. If eggs had feelings, I bet its instincts would be to run away and get a PhD or put up her own start-up instead of mixing with any of the korniks right away. But life only needs one for contact to spark it to being.

This ancient process we call biology has been going on even before the human story began. No matter how many times I familiarize myself with the natural history of reproduction, I am astonished as to how someone (since it had to start with someone) interpreted life to naturally, highly favor the one who produces korniks. Now why I would think this the one who started this all would have been male because of the obvious overwhelming benefit to him and his fellow kornik-makers, may just be me. He and his minions, including women who convinced themselves that the kornik-makers they loved made sense, that the egg-bearing human should take a backseat in human history and even in their own individual lives.

Women have been trying to tell men all of history that they should liberated themselves from this kind of baseless, idiotic sense of supremacy because it is not helping their brains grow. Women have been trying to free men from the burden of carrying the sky for us because you just have to look and we are half the sky and half the ground. For centuries, you made us work more than half the sky and ground while you put your names on them to stake your claims. We are making and remaking the world with you so watch it when you overcrowd any doorway with only your own kind.

So science, by creating sperm in the lab, may be finding another way to liberate men from the drudgery of their own internal mass production. Scientists are very aware of the legal, moral and ethical dimensions of creating a factory of sperm outside the glorious being who is male. I think aside from being legal, moral and ethical, it would also unburden men one day from wondering whether women really need them or want them. When this happens, you gentlemen would be better assured that when we choose you, it is not for your overwhelming capacity to produce your sacred corniks.

So to all, especially to newly liberated men, Happy Women’s Month. – Rappler.com