MANILA, Philippines – A routine resupply mission for the International Space Station (ISS) made history for the Philippines after it carried the country’s first-ever homegrown microsatellite, the Diwata-1. 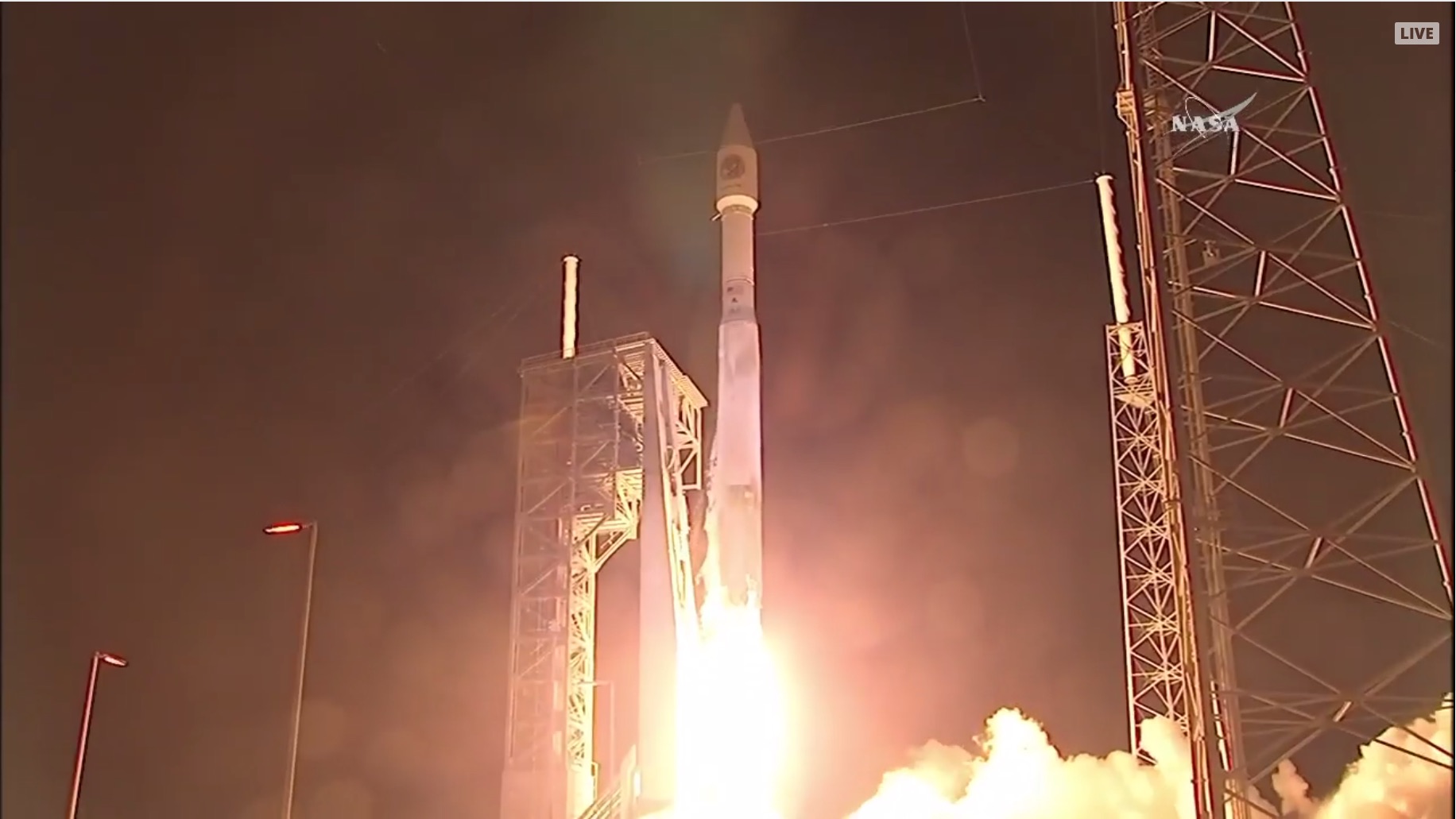 Cheers and applause erupted from top officials of the University of the Philippines and the Department of Science and Technology (DOST), who were assembled at the UP Electrical and Electronics Engineering Institute for a viewing session of the launch.

Among the officials were UP Chancellor Michael Tan and Dr Fidel Nemenzo, UP Vice Chancellor for Research and Development. (READ: Introducing Diwata, the first Philippine-made satellite)

The Diwata-1 team members based in Japan’s Tohoku and Hokkaido universities participated in the viewing session via video conference.

Cygnus, an unmanned cargo resupply spacecraft, is bringing a payload of supplies and scientific experiments to the ISS.

The ship’s fifth mission is nicknamed SS Rick Husband, after the commander of Space Shuttle Columbia, which was lost during reentry in February 1, 2003.

Aside from the Filipino-developed microsatellite, the payload includes a 3D printer, as well as research projects examining adhesive technologies and behavior of large fires in space.

The spacecraft is set to reach ISS on Saturday, March 26, NASA said. Upon arrival, the station’s robotic arm will grab Cygnus. Once attached to the space station, the contents, including Diwata-1, will be unloaded for use.

At the ISS, Diwata will be housed under the Japanese Experimentation Module (JEM) “Kibo.” The JEM Small Satellite Orbital Deployer is set to release Diwata-1 into space at an altitude of 400 km from the Earth’s surface, by April.

Diwata-1 carries a high precision telescope for imaging, and could be used for assessment of extent of damage during disasters, a space-borne multispectral imager for monitoring bodies of water and vegetation, and a wide field camera for observing large-scale weather patterns.

The satellite is expected to remain in low-Earth orbit (about 400-420 km from Earth’s surface) for around one year and 8 months, and will take satellite photos of the country twice daily.

While Diwata-1 is still in orbit, the research team intends to launch Diwata-2, the second microsatellite under the PHL-Microsat program, in late 2017 or early 2018. – Shaira Panela, with reports from KD Suarez / Rappler.com