Facebook Twitter Copy URL
Copied
The Regional Report on Nutrition Security in ASEAN highlights the challenges of child nutrition in the region, including the double burden of malnutrition

MANILA, Philippines – About 12 million of stunted children in Southeast Asia live in the Philippines and Indonesia, according to a joint report by the Association of Southeast Asian Nations (ASEAN), the United Nations Children’s Fund (UNICEF), and the World Health Organization (WHO) released Monday, March 28.

This number translates to close to three-fourths of the 17 million stunted children in the region.

Stunted growth – a sign of chronic malnutrition – could affect a child’s cognitive development, overall health, and even socio-economic conditions that carry into adulthood.

“The situation assessment of malnutrition in the region shows that prevalence of stunting and wasting in children under 5 remains unacceptably high in many ASEAN Member States,” the 2016 Regional Report on Nutrition Security in ASEAN read. (READ: Toward an effective ASEAN strategy against hunger)

Stunting prevalence was found to be highest in Cambodia, Lao PDR and Myanmar, and parts of the Philippines and Indonesia. Meanwhile, over 4 million children in ASEAN suffer from severe wasting yearly, with only less than 2% receiving treatment.

What contributes to stunting and wasting in most ASEAN countries? The report cited the following factors:

Both the Philippines and Indonesia, as well as Malaysia and Thailand, are facing what the WHO calls the double burden of malnutrition – undernutrition, and being overweight.

The joint report said the increasing trend in many of the countries in the region goes like this: a child whose growth was stunted during his or her early childhood is at greater risk of becoming overweight later in life.

The risk goes up with increased access to junk food and sugary drinks, physical inactivity, and sedentary lifestyles – all of which contribute significantly to increased prevalence of chronic diseases in the region. 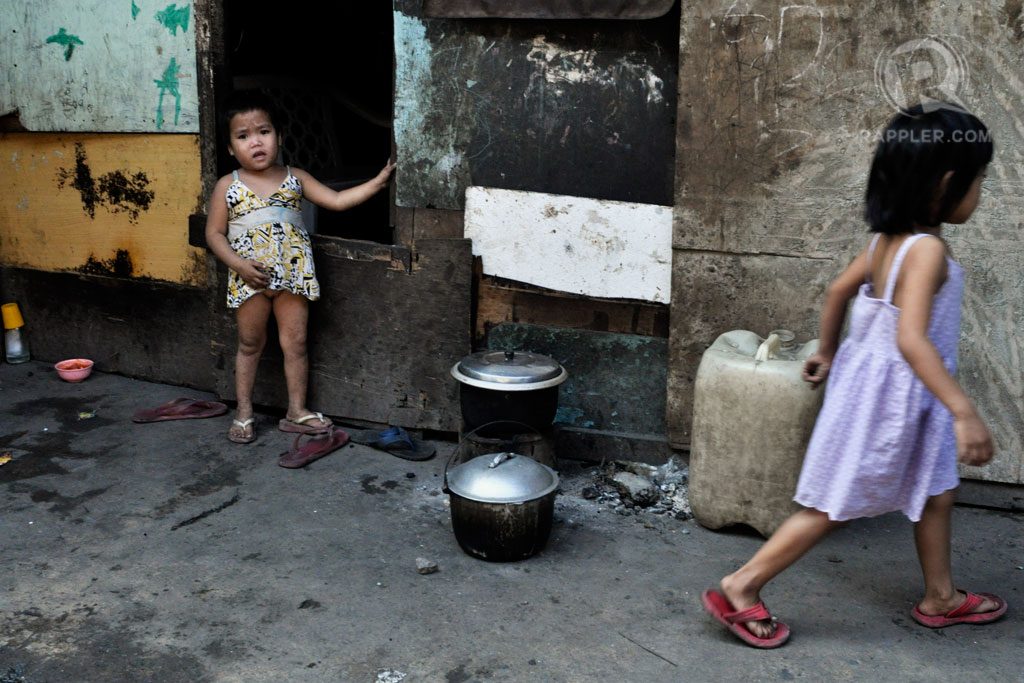 Christiane Rudert, regional nutrition adviser for UNICEF East Asia and Pacific, said that with the impressive economic gains in Southeast Asia in the last decade comes the rise of obesity and other conditions also previously associated with high income countries.

“Asian children are now at risk of malnutrition from both ends of the spectrum,” Rudert said in a statement.

Conflicts and natural disasters can also take their toll on children’s nutrition, the joint report said, as these disrupt a family’s livelihood as well as access to food and water. The report noted the Philippines is the most disaster-hit country in the ASEAN.

Child malnutrition also has a significant impact on countries’ economies, as it reduces parents’ productivity and creates burden on health care systems. It also reduces the potential workforce when malnutrition leads to non-communicable diseases, disability, or death.

In Indonesia, where 12% of children are overweight and 12% are wasted, the economic cost of non-communicable diseases was pegged at an annual $248 billion. Much of these diseases are diet-related, the report noted.

Here are other findings on some ASEAN nations:

The report recommended that governments in the ASEAN region address challenges of child nutrition, such as the double burden of malnutrition, stunting and wasting, the impact of natural disasters, and the economic cost of child malnutrition.

“By achieving food and nutrition security necessary for healthy lifestyles, ASEAN is ensuring the wellbeing of our peoples and the continued prosperity of the ASEAN community,” ASEAN Secretary-General Le Luong Minh said in his message included in the report.

Targets under the Sustainable Development Goal on hunger, food security, and nutrition include ending all forms of malnutrition by 2030, and achieving internationally-agreed targets on stunting and wasting in children under the age of 5 by 2025. – Rappler.com