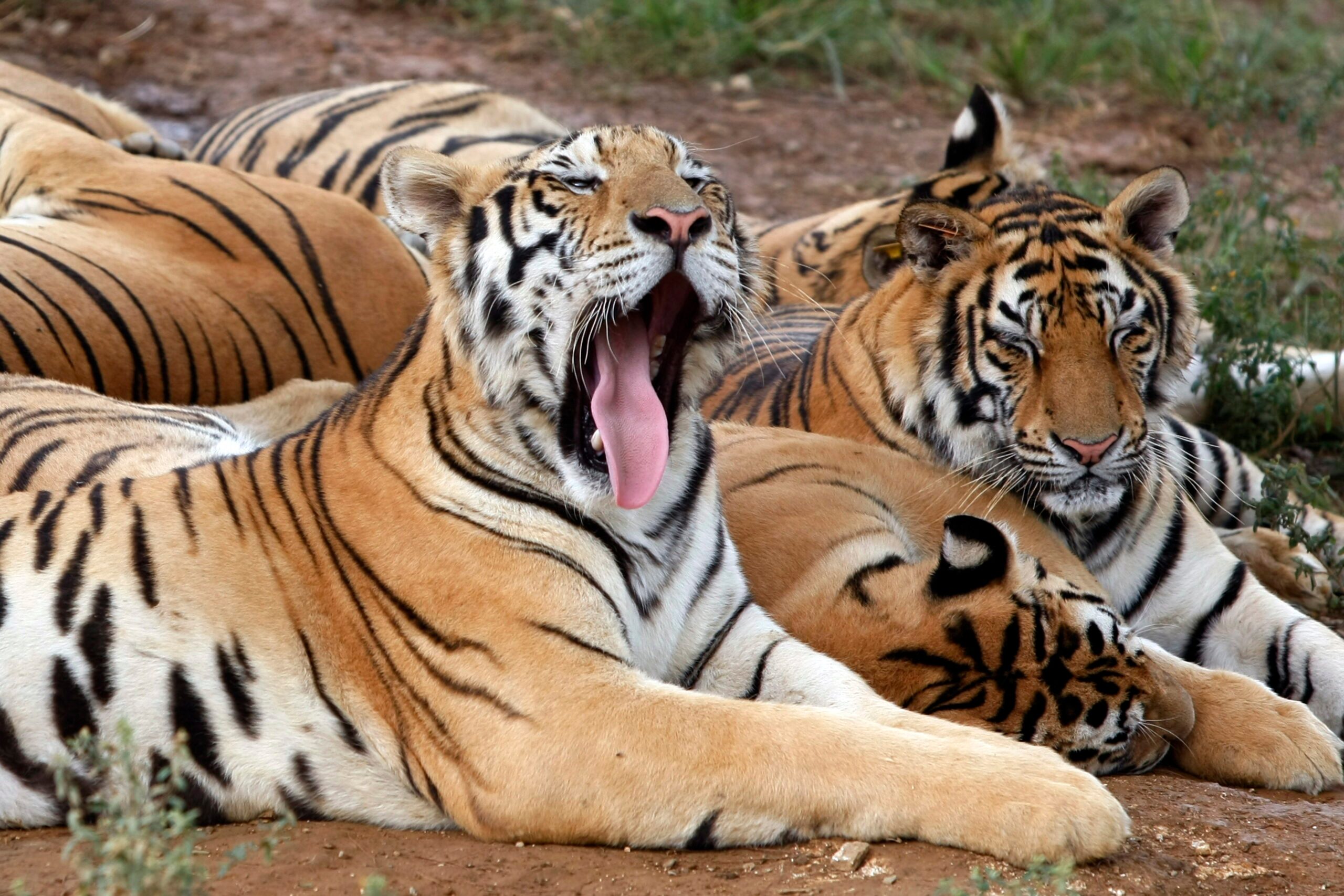 Facebook Twitter Copy URL
Copied
(UPDATED) The global population of wild tigers rises to around 3,890 – the first time the count has gone up since 1900

NEW DELHI, India (UPDATED) – The number of wild tigers across the globe has increased for the first time in a century thanks to improved conservation efforts, wildlife groups said on Monday, April 11.

Deforestation, encroachment of habitat, and poaching have devastated tiger populations across Asia, but countries with the big cats are working to increase their numbers.

Data compiled by the WWF and the Global Tiger Forum show that the global population of wild tigers has risen to an estimated 3,890 from an all-time low of 3,200 in 2010.

“For the first time after decades of constant decline, tiger numbers are on the rise,” Marco Lambertini, Director General of WWF International, said in a statement.

It is the first time the number of the endangered cats has gone up since 1900, when there were 100,000 tigers.

India is home to more than half of the world’s tiger population with some 2,226 tigers roaming its reserves across 18 states, according to the last count in 2014.

However, experts cautioned that the numbers may be partly down to improved data gathering, with the inclusion of new sample areas and upgraded survey techniques as well as enhanced protection efforts.

Bangladesh registered a severe decline from 440 tigers in 2010 to 106 in 2015, though conservationists say this may have been due to an over-estimation of the population 6 years ago.

There has been a rapid fall in Indonesia because of heavy forest destruction to meet a growing global demand for palm oil, pulp, and paper.

Cambodia is mulling the idea of reintroducing tigers after declaring them functionally extinct last week following no evidence of the big cats since 2007.

Deforestation, encroachment of habitat, and poaching have devastated tiger numbers across Asia.

Poachers often sell tiger body parts to the lucrative traditional Chinese medicine market, as well as other man-made problems such as habitat loss.

Monday’s global census was released a day before a 3-day meeting of ministers from these countries in New Delhi to discuss conservation efforts.

Indian Prime Minister Narendra Modi will inaugurate the conference which is expected to be attended by around 700 tiger experts, scientists, managers, and donors from across the world.

“Due to the concerted efforts of the government and other stakeholders, more than 70% of the global wild tiger population is in India,” Prakash Javadekar, India’s Environment, Forest and Climate Change Minister said in a statement.

Conference delegates are expected to discuss some of the key conservation issues including a unified anti-poaching strategy, monitoring protocols, habitat, and landscape management.

Hollywood actor Leonardo DiCaprio, whose eponymous charitable foundation was also involved in the 2010 tiger conservation plan, voiced his elation at the increased numbers.

“Proud of @World_Wildlife and #LDF’s efforts that have helped increase tigerpopulations for the first time in 100 yrs,” the Oscar-winner and environmentalist tweeted.

Proud of @World_Wildlife & #LDF's efforts that have helped increase tiger populations for the first time in 100 yrs: https://t.co/HvyHdH6ymz