Climate change: Is the 1.5ºC target a mirage?

Apr 22, 2016 7:30 AM PHT
Agence France-Presse
Facebook Twitter Copy URL
Copied
The Paris Agreement to try to cap global warming at 1.5ºC was a stunning political victory for poor countries threatened by climate change – but scientists tasked with explaining how to get there are less than thrilled 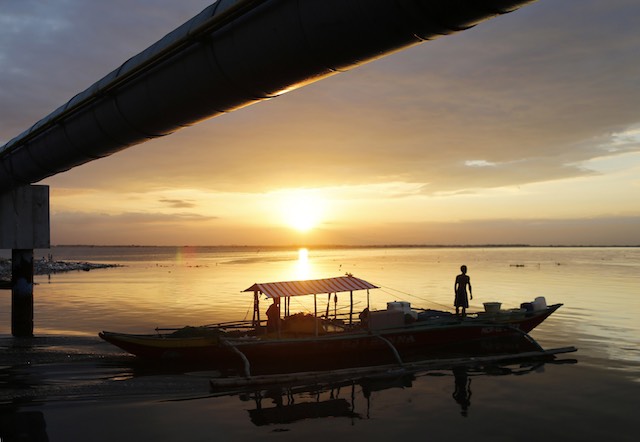 PARIS, France – The Paris Agreement to try to cap global warming at 1.5ºC was a stunning political victory for poor countries threatened by climate change.

But scientists tasked with explaining how to get there are less than thrilled.

The UN’s climate science panel announced last week it would deliver – at the request of governments – a “special report” in 2018 on the risks and impacts associated with a 1.5ºC (2.7ºF) target.

But even as 3/4 of the 195 nations which sealed the historic deal in December gather Friday, April 22, for a formal signing ceremony at the UN, experts warn that marshalling thousands of scientists to map a pathway to 1.5ºC may be Mission Impossible.

Some bridle against politicians meddling with the scientific agenda. Others insist the goal just can’t be reached.

“1.5ºC is almost certainly not feasible without an overshoot,” said Peter Frumhoff, chief scientist at the Union of Concerned Scientists in Washington, expressing a view shared – if not frequently articulated – by climate experts.

Joeri Rogelj, a climate modeller at the International Institute for Applied Systems Analysis in Laxenburg, Austria agreed: “It will be very hard – if not impossible – to keep warming below 1.5ºC during the entire 21st century.”

Even under optimistic scenarios, he told Agence France-Presse, greenhouse-gas emissions may push Earth past the 1.5ºC threshold by 2050, perhaps sooner.

2015, the hottest year on record, was a full Celsius degree above the pre-industrial benchmark against which global warming is measured.

And even if every oil-, gas- or coal-burning engine in the world were switched off tomorrow, lingering molecules of carbon pollution in the atmosphere would continue pushing temperatures up.

“The question then becomes whether this is a one-way ticket or whether we can return,” Rogelj said.

“And that depends on whether we can remove large quantities of carbon dioxide (CO2) from the atmosphere.”

The technology for sucking CO2 out of the air is well beyond our reach on anything approaching a global scale, scientists agree, yet virtually all scenarios for a 2ºC world – much less a 1.5ºC cap – depend on it.

Glen Peters, a senior researcher at the Center for International Climate and Environmental Research in Oslo (CICERO), fears other vital research agendas will get short-changed by the wrong focus.

The special 1.5ºC report of the UN’s Intergovernmental Panel on Climate Change (IPCC), he said, should “not fixate on developing unachievable” scenarios for cutting greenhouse gases.

The thousands of scientists working under the IPCC umbrella could be more useful in trying to figure out exactly how much carbon humanity can pump into the atmosphere without foreclosing a livable future, he added.

On current trends, scientists say we are heading for a 4ºC warmer world.

Another concern is timing.

The IPCC can only review existing scientific literature, not commission it, and two years may not be enough for new data to emerge, according to King’s College London professor Mike Hulme.

Scientists should not “naively be drawn” into projects that may be of limited use, he wrote in Nature Climate Change.

Going into the UN climate conference in Paris last year, 2ºC (3.6ºF) was the agreed-upon ceiling.

But rising seas, record-breaking superstorms and crippling droughts prompted poor countries and island nations most at risk to demand a lower cap.

Emerging giants and oil exporters balked, fearful of the constraints on their fossil-fuel dependent economies.

“China was against it, India was against it, Saudi Arabia fought us tooth-and-nail to the very end,” recalled Saleemul Huq, director of the International Centre for Climate Change and Development in Dhaka, and an advocate for the world’s poorest and most climate-vulnerable nations.

A hard-fought compromise was struck in negotiations that ran deep into overtime: the final accord pledged to limit the temperature rise to “well below 2ºC,” while vowing “to pursue efforts” for 1.5ºC.

But concrete targets and deadlines for cutting greenhouse gases did not make it into the final text.

Scientists critical of fudge were pressed by NGOs not to openly cast doubt on the 1.5ºC goal at the Paris negotiations, according to a researcher who asked not to be named.

This, in other words, was where science and politics parted ways.

“Getting 1.5ºC into the agreement was a moral target,” said Huq.

“It’s our leverage, the whip we will use to hit everybody on the back so they can go faster.”

“Whether we achieve it or not is going down a dark track. From now on, it’s about raising ambition,” he added. – Marlowe Hood, AFP / Rappler.com