Love in the time of insomnia

May 13, 2016 7:45 AM PHT
Maria Isabel Garcia
Facebook Twitter Copy URL
Copied
[Science Solitaire] If you or a loved one had a fatal disease, would you abandon your careers and register for a PhD to do research to find a cure? One couple did. 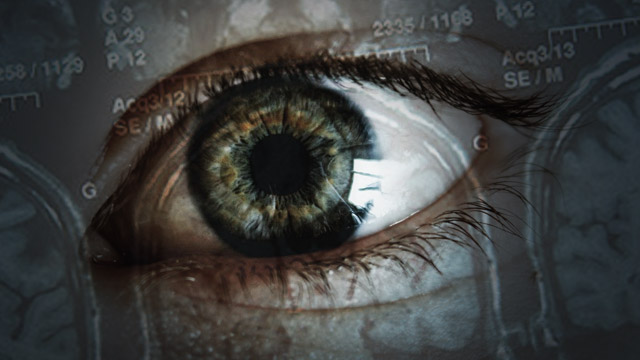 If you or your partner in life were told that you had a fatal disease, would you and your partner abandon your careers and register for a PhD to do research to find a cure? Chances are you will go to all avenues promising a cure but not be part of the medical research team who will work to come up with the cure. That is why the story of Sonia and Eric are as rare as the genetic mutation that Sonia has.

Sonia is a lawyer and Eric is an urban planner. They are now at Harvard together, under a PhD program working on a cure for a rare genetic disease which Sonia has. Sonia has inherited a very rare genetic mutation which causes Fatal Familial Insomnia (FFI), which her mother died of at 52. I read their story and interview and was so impressed at their decision not just to rely on science to find the cure for her genetic disease but also to be an actual part of the quest, as professional scientists. Unlike Gabriel Garcia Marquez’s Love in the Time of Cholera where the cholera outbreak, real and supposed, serves as the dramatic backdrop of a love that waited for so long, this rare form of insomnia drives the couple to an even higher refinement of reason: they do PhD research on FFI.

Fatal Familial Insomnia (FFI) is a disease where the one afflicted would be unable to sleep and would exist in a sort of permanent hallucination.  This is caused when you have the gene that sends a message that gives rise to an abnormal shape of a protein called a prion which also nudges other proteins to be misshapen. These prions accumulate in the brain and cause diseases like this inescapable nightmare. This is what Sonia’s mother had and which Sonia inherited.

FFI is caused by a genetic mutation and genetic mutations happen all the time. Every living being is a product of genetic mutations. The diversity of life is living proof of these mutations. Mutation is how it happens that you are not the exact copy of Mom or Dad. Rather, here and there, because of the tambiolo jumble of both their genes, you come out both different and the same as them. This is what makes you unique among any other member of your family tree or the larger family of humans.

Each of us has about 3 billion base pairs of the DNA nucelotides A,T, C and G. A mutation could be an insertion of a base into a series or, substitution or a deletion.  A mutation could also mean a change in a long or short sequence of these base pairs.  Now, whether it is an insertion, deletion, a change in short or long sequences – they would affect how proteins are formed, not formed or interrupted while forming.

Proteins are the teams needed for the big “construction” project that is you. These teams are like the groups responsible for all the functions we will have as human beings just like we have teams for mechanical, plumbing, architectural, electrical, among others, in a construction project.  These teams will function according to the instructions given to them and in each project, no set of instructions are ever the same. There will always be tweaks here and there and while they make for an interesting variety of humans, sometimes, these tweaks sometimes could also result in major successes or disasters.

The tweaks or changes are largely driven by chance and also by the environment. When damage happens to DNA, often, cells are able to repair them but sometimes, the repair itself causes mutations since these have to be done fast. Radioactivity is known to delete chunks of DNA. Even extreme poverty and abuse in childhood can change DNA and derail their development. The mutation that Sonia inherited is disastrous and getting to the heart of correcting a mutation could only be done by medicine based on genomics – the study of our genes.

This is why the promise of personalized medicine depending on your genes is so alluring. It goes deeply into our individual biology and not the one-size fits all of traditional medicine. A recent piece in The Economist mentioned that over 30% of drugs now in clinical development are “associated with either a known DNA variant or with a variation in the specific structure of a protein, ultimately traceable to DNA.” How fast this reach those who will be helped by it will depend on a lot of things, including patents, affordability and patient education.

Asked in the interview what is the most difficult working together as husband and wife as a research team, Eric said that, on the contrary, he feels “incredibly lucky that he gets to spend all day everyday with her” and Sonia said that he has seen Eric in many other ways because of what they just took on together and that “it is impossible to feel sorry for myself for one second when I look at the beautiful human being with whom I get to spend my life with.”

And when asked how they could keep their objectivity given how emotionally invested they are in their research, Sonia’s answer sparkled with clarity and wisdom: “We don’t think of this as a conflict at all – we have the most to gain by being true to what the science tells us.” Science, life and meaning all rolled up in a rare mutation of a story. – Rappler.com