Rainy season begins in the Philippines 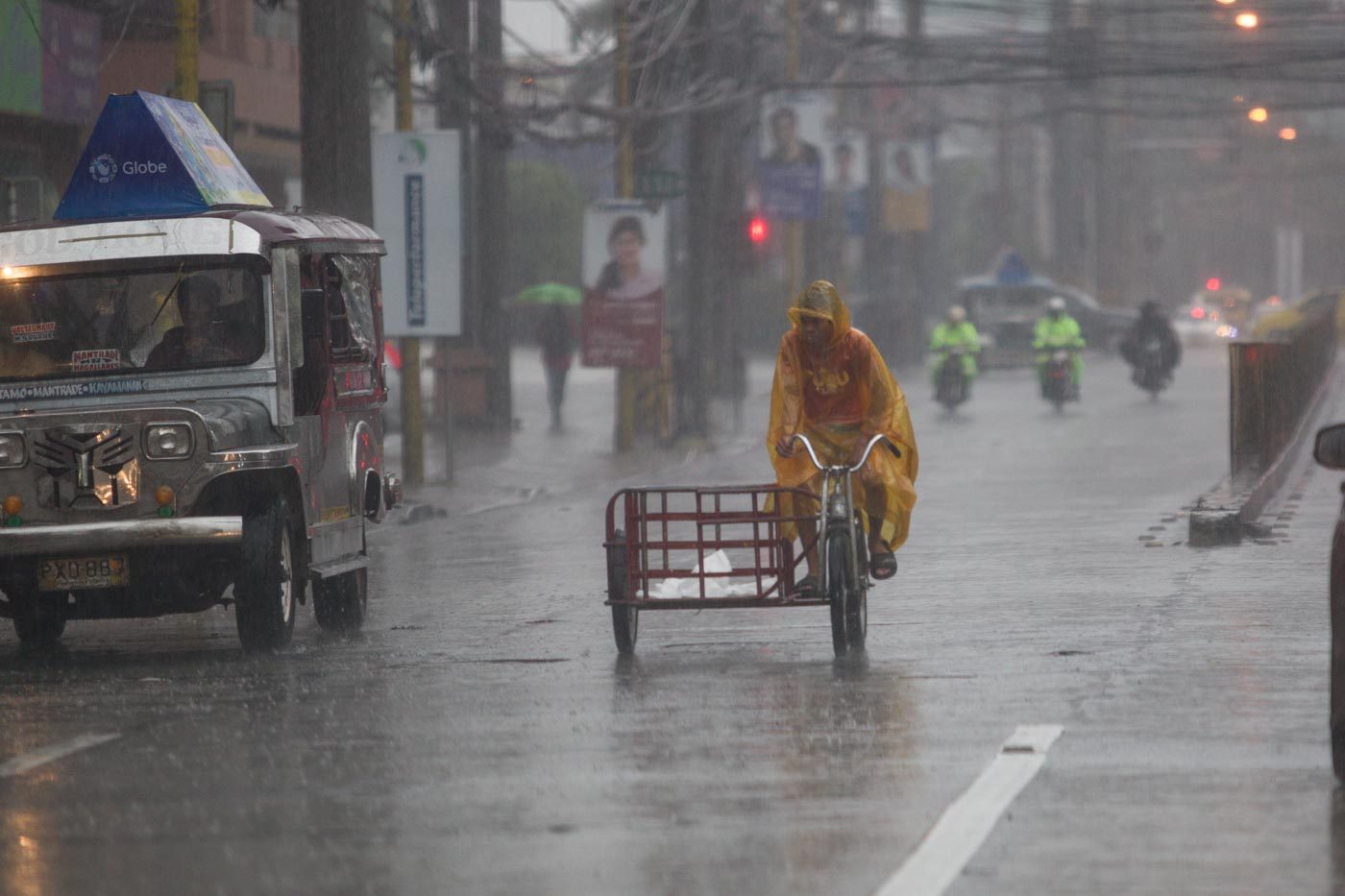 Facebook Twitter Copy URL
Copied
State weather bureau PAGASA also warns the public that more typhoons are possible in the last quarter of the year, due to La Niña

State weather bureau PAGASA announced on Tuesday, May 24, that the country is already shifting from the dry to the wet season.

In the past few days, PAGASA said there has been “widespread rainfall” in the country, signaling the shift.

The requirement before the onset of the rainy season can be declared is at least 5 days of rain generating a total amount of 25 millimeters (mm) of rainfall.

These 5 days must also include 3 straight days of at least 1 mm of rainfall.

PAGASA forecaster Benison Estareja told Rappler that these conditions will be fully met in the next few days, prompting the state weather bureau to already declare the beginning of the rainy season.

The rains in Mindanao are due to the Intertropical Convergence Zone (ITCZ), while other areas such as Metro Manila have been experiencing isolated thunderstorms.

ONSET OF THE RAINY SEASON https://t.co/xmTIqOTreY

Weather data also show that the southwest monsoon is now moving across the West Philippine Sea. It is expected to bring more rains to the western parts of Luzon and the Visayas in the coming days.

PAGASA expects 7 to 17 tropical cyclones to hit the Philippines from May to October. The first one will be named Ambo.

In 2015, there were 15 tropical cyclones. The last two – Nona and Onyok – were both in the Philippine Area of Responsibility at the same time in mid-December.

The state weather bureau also warned the country to brace for the La Niña phenomenon, which could gradually develop starting August.

Right now, the Philippines is still experiencing El Niño, which has triggered drought in parts of Mindanao. El Niño, which is already weakening, will end in July.

When La Niña kicks in, the Philippines would face the threat of more typhoons, particularly in the last quarter of 2016.

Estareja explained that typhoons during the period of La Niña will not necessarily be stronger, but their frequency is expected to increase.

The typhoons will also enhance the southwest monsoon, which would then bring floods and landslides.

PAGASA is calling on local government units and the public to prepare for the rainy season, as well as La Niña. – Rappler.com