You would want to sleep after reading this

Jul 15, 2016 7:45 AM PHT
Maria Isabel Garcia
Facebook Twitter Copy URL
Copied
[Science Solitaire] We should really look at sleep as far from mere down-time or a luxury for those who have the time 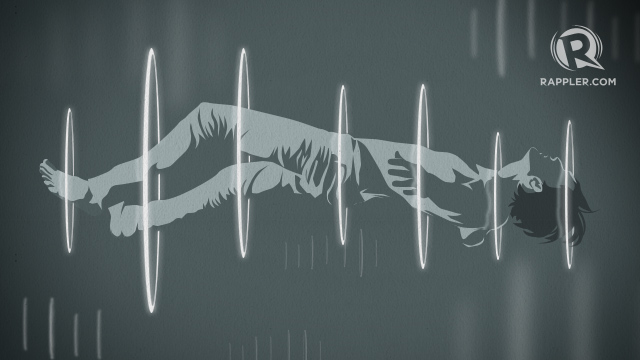 When the Dalai Lama was quoted to have said that “sleep is the best meditation”, he awakened us to the power of sleep in our lives. He is, after all, a Buddhist monk who meditates as part of who he is so he must know first-hand how sleep could top the list of meditative forms. But the Dalai Lama is also known to voluntarily seek conversations with scientists so it is very likely that he had scientific basis for his strong claim.

And yes, studies on meditation have found that, among others, it boosts cognition including in the elderly, lowers stress, improves mood and even reduces pain. So if sleep could do all that and more, then we should really look at sleep as far from mere down-time or a luxury for those who have the time.

And indeed, far from sleeping on the job, scientists have been ringing the bell to alert us all on the power of sleep over our lives and our mental health. And more recently, to the amazing disposal system in action in the brain that was hidden to science, until recently.

Everyone knows, even without googling it, that sleep is a bare necessity.  To go without sleep for even just an entire day would cause deficits in your concentration, mood and even motor skills. For more than that, it gets worse and would eventually result in death if it continues. We cannot put this to the test to know for sure how long humans can go on without sleep because it is unethical to do so. But there is a rare genetic disorder called Fatal Familial Insomnia where the ones who have it sleep less and less until they could no longer sleep, and they die 6 to 30 months after their insomnia is set into motion.

But more and more studies are discovering that sleep, beyond being a necessity, could slow or even reverse major neurological conditions. Scientists like Dr. Paul Shaw have conducted tests on fruit flies whom he injected with genes that caused the mice to have Alzheimer’s-like conditions. In essence, these flies were not able to form memories. The flies that got sleep were able to remember a condition they were subjected to but those that did not get sleep, forgot it altogether. Apparently, at least in flies, sleep could turn things around.

This is a crucial finding because the culprit in Alzheimer’s is the build-up of “trash” in the brain called beta-amyloid. This trash is not only in people with Alzheimer’s. One of nature’s fundamental rules is that there is no such thing as a free lunch. There is always trash produced by activities. We all produce it because brain activity produces it. In fact, we produce about 6 pounds of brain trash a year. The difference is that with Alzheimer’s, you could never get rid of it and it builds up and takes over parts of your brain, and thus yourself.

But how does the healthy brain get rid of all that gunk? This is where the amazing discovery comes in. The work of Maiken Nedergaard and Steven Goldman discovered where, when and how the brain’s trash collection and disposal happens.

Where? It happens through what they coined the “glymphatic” system in the brain and it starts in what the scientists described as donut-shaped tunnels around brain vessels. They have always known they were there but were never sure what they were for. The outer walls of these vessels have roots that extend like all the water pipelines that lead to our homes. These extensions connect to arteries, capillaries in the brain and spinal cord.

How? It does it through a channel created in these extensions where cerebro-spinal fluid flows through the brain. These extensions eventually lead to veins draining the brain and to the veins in the neck. From there, they enter our own blood circulation which science has long recognized to be a system which carries wastes that will eventually be processed by the liver.

When? This happens mainly during sleep. When we are awake, this natural cleansing happens much less. Also, the tunnel through which the trash collection happens expands much more when we are asleep so it is able to pick up more gunk. When awake, we produce more gunk but dispose less. The already excessive beta-amyloid of Alzheimer’s patients is further aggravated by the sleep difficulty they have so the cycle worsens.

And when you are already asleep, is there a position that is preferred to help dispose of brain waste better? Believe it or not, there is. A study found that sleeping on your side is better than on your back or stomach, showing that a side position facilitates the best traffic condition for your brain waste.

The discovery of this brain trash disposal system is just beginning to unravel. I am sure that other studies are also unmasking the molecular actors for the main “sanitation” CEO as well as the actual plumbers and trash collectors. There may even be different types of vessels where trash is hauled onto. The more complete our knowledge is about how our brains work, the sooner we can alleviate the suffering of those trapped in their own brain gunk. It also gives us a clearer picture that sleeping does more than recharge our brains. It keeps house as well so we could awaken anew.

Sleep may just be the secret to really being awake. – Rappler.com