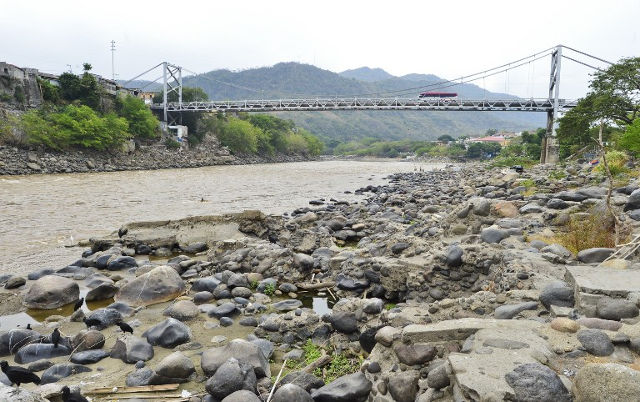 A dire picture of the Earth’s health is painted in the State of the Climate report, a peer-reviewed 300-page tome that comes out once a year and is compiled by 450 scientists from around the world.

The record heat that the planet experienced last year was driven partially by global warming, and was exacerbated by the ocean heating trend known as El Niño, it said.

El Niño, which just ended in July, was one of the strongest the Earth has seen “since at least 1950,” said the report, led by the National Oceanic and Atmospheric Administration (NOAA) National Centers for Environmental Information.

“This ‘annual physical’ of Earth’s climate system showed us that 2015’s climate was shaped both by long-term change and an El Niño event,” said Thomas Karl, director of the NOAA division.

“Last year’s El Niño was a clear reminder of how short-term events can amplify the relative influence and impacts stemming from longer-term global warming trends.”

Major concentrations of greenhouse gases – including carbon dioxide (CO2), methane and nitrous oxide – are the by-products of fossil fuel burning.

All 3 “rose to new record high values during 2015,” said the findings, based on tens of thousands of measurements from multiple independent datasets.

And global sea levels swelled to their highest point ever, about 70 millimeters (about 2.75 inches) higher than the 1993 average.

Sea level is creeping up gradually around the globe, averaging about 3.3 millimeters per year, said the report.

Some places in the western Pacific and Indian Ocean are seeing waters rise faster.

Even though the current pace may appear slow, experts warn that sea level rise will accelerate in the coming decades as glaciers and polar ice caps melt, putting millions of lives at risk in coastal communities around the world.

More extreme weather was seen in 2015, too, with an above-normal rainy season prompting major floods in some parts of the world.

The Arctic, which is considered particularly sensitive to climate change, continued to warm, and increasing temperatures led to thinner and smaller sea ice cover.

“The Arctic land surface temperature tied with 2007 and 2011 as the highest since records began in the early 20th century, representing a 2.8 Celsius (5 Fahrenheit) increase since that time,” said the report.

Meanwhile the Antarctic was colder than average, and the influence of El Niño on atmospheric circulation helped shift sea ice cover “from record high levels in May to record low levels in August,” it said.

Across the globe, alpine glaciers continued to retreat for the 36th year in a row.

Warming waters are also blamed for the severity of a widespread algal bloom last summer that stretched from central California to British Columbia, Canada, resulting in “significant impacts to marine life, coastal resources and the human communities that depend on these resources.”

The Atlantic hurricane season was unusually mild for the second year in a row, largely due to El Niño, but tropical cyclones “were well above average overall,” said the report.

The eastern and central Pacific were roiled by 26 big storms, the most since 1992. – Rappler.com