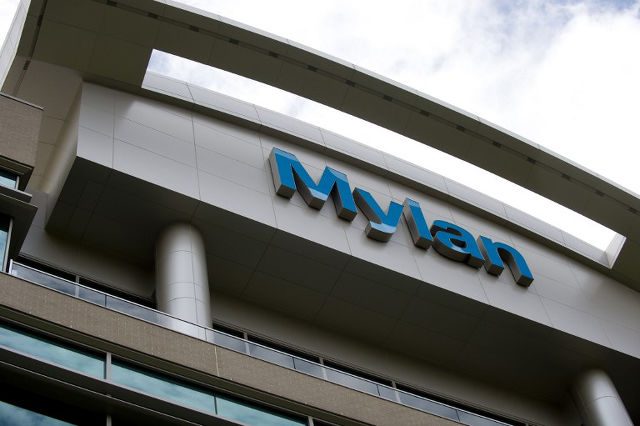 WASHINGTON, DC, USA – A 5-fold price hike for EpiPen, which allergy sufferers use to counteract life-threatening reactions, has made Mylan the newest drugmaker to come under attack in the United States for profiteering.

Mylan Pharmaceuticals, which holds a near-monopoly position on the epinephrine injectors used by millions against severe allergic attacks, was assailed by two powerful US senators for pumping up the price over 6 years from $100 to more than $500.

That has rendered EpiPens unaffordable to many sufferers – who must replace them each year – and is costing the government huge sums to stock schools with them and fund insurance programs which pay for them, the lawmakers said Monday.

“I am concerned that the substantial price increase could limit access to a much-needed medication,” senior Republican Senator Charles Grassley, chair of the powerful Judiciary Committee, said in a letter to the company.

He added that when children and others covered by government health insurance buy EpiPens, “the taxpayers are picking up the tab for this medication.”

Democratic Senator Amy Klobuchar, whose daughter relies on EpiPen to protect her from anaphylaxis, the life-threatening allergic reaction, called for an anti-trust investigation by the Federal Trade Commission.

“There does not appear to be any justification for the continual price increases of EpiPen,” she said in a letter to the FTC.

“Manufacturing costs for the product have been stable and Mylan does not need to recover the product’s research and development costs because the product was on the market years before Mylan acquired it in 2007.”

The criticism of Mylan came amid mounting concerns over the prices drugmakers charge in the United States, especially for products for which there is little competition.

Earlier this year Canadian drugmaker Valeant came under US investigation for buying a cheap, widely-used drug and then raising the price by more than 500 percent.

According to media reports, an increasing number of allergy sufferers are creating their own injectable epinephrine using syringes because of the EpiPen price hikes.

Mylan defended itself, saying most who buy EpiPen pay little or nothing as it is covered by insurance, and that it has distributed free EpiPens to more than 65,000 schools since 2012.

But it also blamed the rising costs of insurance, and rising insurance deductibles and co-pays, for the complaints.

“This current and ongoing shift has presented new challenges for consumers, and now they are bearing more of the cost,” it said in a statement.

Mylan bought the rights to EpiPen from Merck in 2007. It had faced some competition from a product marketed by French pharmaceutical company Sanofi, but that was pulled from the market last year amid quality problems, boosting EpiPen’s market from the 85 percent it held at the time.

The company has told analysts that the higher prices and stronger market hold have contributed significantly to its strong income gains this year. – Rappler.com