What DOH is doing to deal with Zika, other public health threats 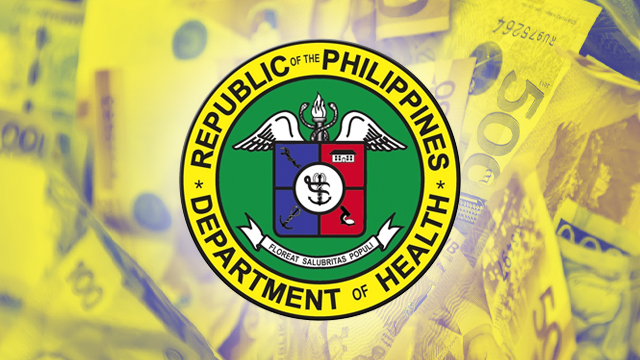 MANILA, Philippines – The Health Department’s P144-billion ($3.09 billion) proposed budget for 2017 provides for the prevention and detection of Zika virus and other public health threats.

During DOH’s budget hearing at the the House of Representatives on Tuesday, September 6, Kabayan Partylist Representative Harry Roque Jr asked Ubial about specific items in their budget that deal with the monitoring of pandemics.

“Where do we find this mechanism in your budget, and is there a need to improve that particular budgetary allotment?” he asked.

Ubial answered: “It’s under the Bureau of Quarantine, because they police our points of entries in this country, and it’s in the budget that we’re proposing 8 new quarantine stations.”

She also revealed that they are proposing for the Department of Budget and Management to give the Bureau of Quarantine 95% of the bureau’s income in order for it to be sustainable and operational.

“[The] Bureau of Quarantine right now has a law that they can retain their income, but the past administration gave them only 50% of their income,” she lamented.

Bureau of Quarantine Director Ferdinand Salcedo said the bureau has an allocation of P95 million ($2.04 million) under the proposed 2017 budget.

In a separate interview with reporters, Health Spokesperson Eric Tayag clarified that the establishment of 8 new stations will allow the bureau to improve its capacity to screen travelers not only for Zika but also for other public health threats such as MERS Coronavirus.

“Remember before, there should be fever in order for us to suspect that one has Zika. But that has already changed, we now look for skin rash. The scanner will not detect skin rash,” he explained.

On Monday, September 5, DOH reported that a woman from Iloilo City recently tested positive for the Zika virus.

According to health officials, this is the first confirmed local transmission in the Philippines. A team of doctors is already in Iloilo to look for other possible Zika cases.

Tayag on Tuesday said that while the team found Aedes mosquitoes at the patient’s home, they are still not discounting the possibility that she could’ve been infected in other places she visited.

The patient is recovering well, according to Tayag.

The disease is strongly suspected of causing birth defects such as microcephaly and other brain deformities in newborns.

Aside from capacitating the Bureau of Quarantine, Tayag said their proposed budget also provides for the procurement of insecticides and mosquito nets, as well as information, education, and communication materials.

The Research Institute for Tropical Medicine (RITM) will also have to prepare to conduct more Zika tests.

“We have to prepare because there could be more cases of Zika virus. More people will have to be tested…. The RITM has to be prepared for the test,” Tayag said in a mix of English and Filipino.

The department is also anticipating other expenses related to Zika, such as the transfer of a patient’s specimen from a hospital to the RITM, and the preparation for possible birth defects in newborns.

DOH’s proposed 2017 budget amounts to P144 billion, nearly a third of it or P50 billion ($1.07 billion) for the PhilHealth premiums of senior citizens and the poor. – Rappler.com